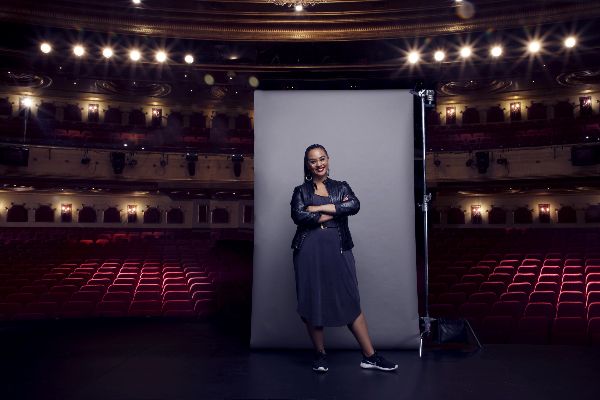 This year’s Standard Bank Young Artist for Theatre is Amy Jephta, a young playwright from Mitchell’s Plain, Cape Town. Her work All Who Pass will be premiering at the 2019 National Arts Festival. The play alternates between a family’s eviction in 1974 to the restitution in 2019, when a daughter returns to claim her inheritance.

Amy Jephta, who has been in the public eye with numerous awards recently, finds she has become an ambassador for her “tribe”. In a recent interview Amy tells the NAF how storytelling has shaped her career not only as a playwright, but as a filmmaker, academic and activist. She admits that the theatre will always draw her as a preferred medium of storytelling. The reason,

“There’s something about playwriting and the medium of theatre, its ‘liveness’ and the sense of collaboration, that will always be exciting to me. Theatre was my training ground. It was where I started learning and practising the craft of writing. Even as I’ve moved on to other mediums, I’ve returned to theatre when I’ve needed to sharpen myself again. Out of all the mediums I write for, I find it the most difficult. “

She has the following to comment on her controversial play All Who Pass, that will be premiering at this year’s festival:

“I’ve been waiting a long time to stage this work, and the Festival is an ideal opportunity and platform for the play. I chose to set it in District Six as it is close to my family’s history, to my own history, and of course to my identity as a South African. It’s a painful wound and one that has festered year after year. The pace of restitution for families who were dispossessed from that land is still alarmingly slow. I’m always afraid that the stories of those former residents will be forgotten; subsumed by the passing of time, by the news cycle, by the next political emergency. I wanted this play to be a reminder. The Land Areas Act did just change single families, but affected generations afterward. I think it’s important to keep remembering that. Land restitution in this country has a long way to go. I see it as part of my job to keep the human beings in that story, front and centre.”