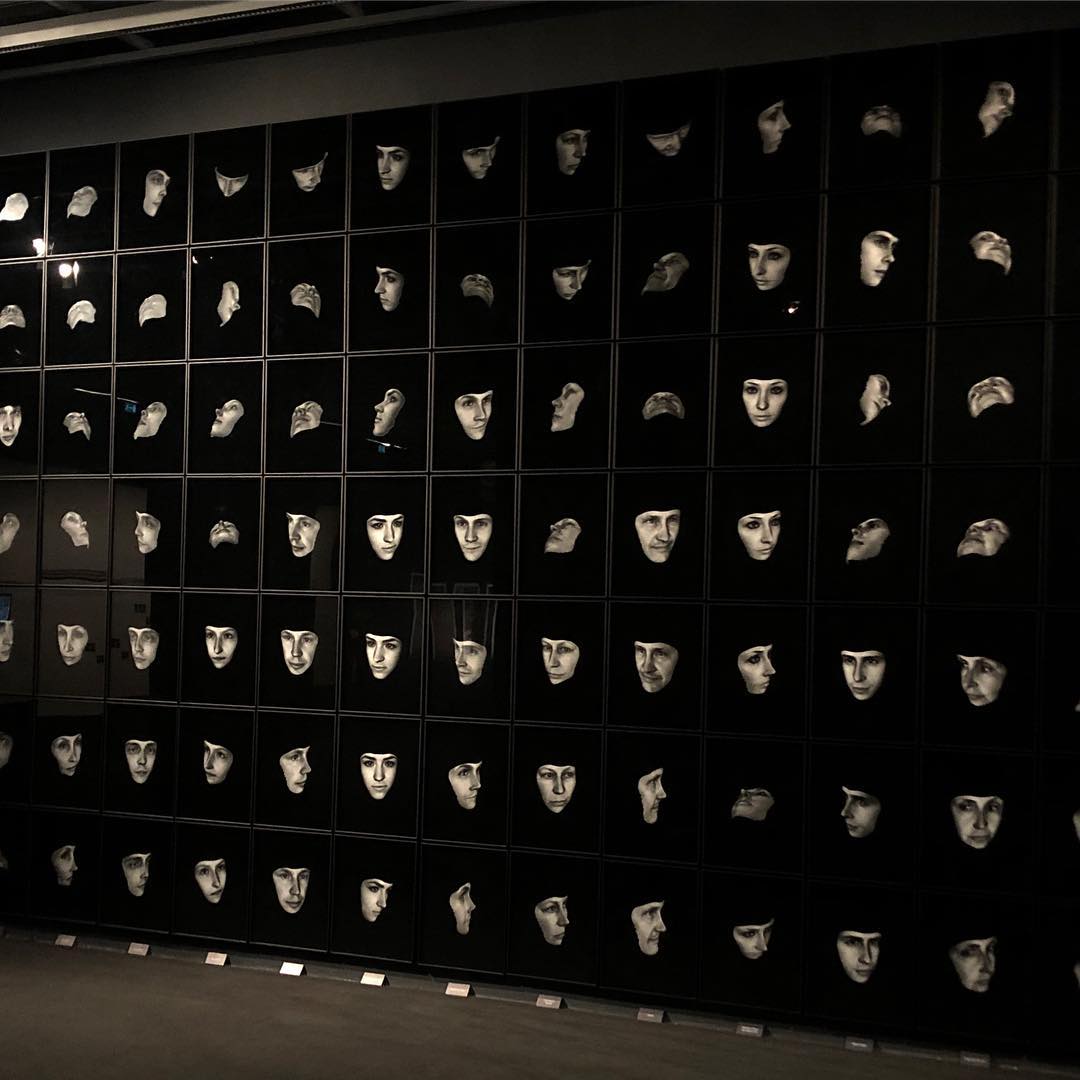 Artist collective Adam Broomberg and Oliver Chanarin announced the release of two blockchain-based artworks in support of Collecteurs’ crowdfunding campaign, which launched recently on Kickstarter. The works, a physical print edition with a blockchain certificate issued by Verisart  and a digital edition with a blockchain certificate to be issued by Collecteurs, are both titled SPIRIT IS A BONE, 2019 and made available together. The series depicts the faces of numerous Russian citizens, including the face of Yekaterina Samutsevich, a member of the Russian feminist collective, Pussy Riot.

The works were created using facial recognition technology developed in Moscow for public security and border control surveillance. Broomberg & Chanarin co-opted this technology and used it to construct an archive of contemporary Russia. The works will be offered as a reward on Collecteurs’ crowdfunding campaign and each will be accompanied by an individual blockchain certificate, which could be resold separately. There were 500 editions made available through the link in their Instagram bio, starting at $100 for the first 200 editions, with incremental increase in price for subsequent batches. After the campaign, the remaining works will be sold for $200. Once sold out, the blockchain-enforced minimum resale price for the digital works will be $50, with a percentage of profits going back to the artist from each resale.

Interviewing Adam Broomberg he reflects on the shifts;

“We’ve reached a moment where value in artwork has been inverted, where at one point it was the rarity of it, what governs the value of a painting these days, is how many times it’s instagrammed.”

By incorporating blockchain into the digital artworks, Collecteurs ensures that the artists receive royalties as the works are resold in the future. This decision is a direct response to the recent court ruling that artists are not entitled to royalties or any financial benefit when their works are resold at auction or elsewhere at a much higher price.

“it’s so deeply troubling for me, what’s happened to the art world… is that it’s just turned into this kind of corporate machine and I revel in the chance of upsetting that a little bit.”

The development of these works aims to make blockchain technology available to a broad audience, introduce new ways to support artists, and to raise awareness about the vast use of surveillance in society today.

The original project saw the pair producing portraits from a diverse selection of 120 Russian subjects, resulting in the Spirit is a Bone series and photo book. The series toured museums and institutions around the world and when it first went on public display Broomberg and Chanarin released a statement that read “Your face no longer belongs to you. They proposed that the only effective defence against this technology is the balaclava. In conjunction with this they initiated a global campaign against the colonisation of the human face requesting followers to knit, crochet or sew a balaclava. These creations were then put on display as additional exhibits, allowing for participation by whoever wished to do so, in an expression of resistance towards this form of invasive state control.

Goodman Gallery in Cape Town is currently running an exhibition until the 8th of June 2019 of a selection of 30 printed works produced by Chopped Liver Press, the organisation founded by Broomberg & Chanarin to publish limited edition books and posters.