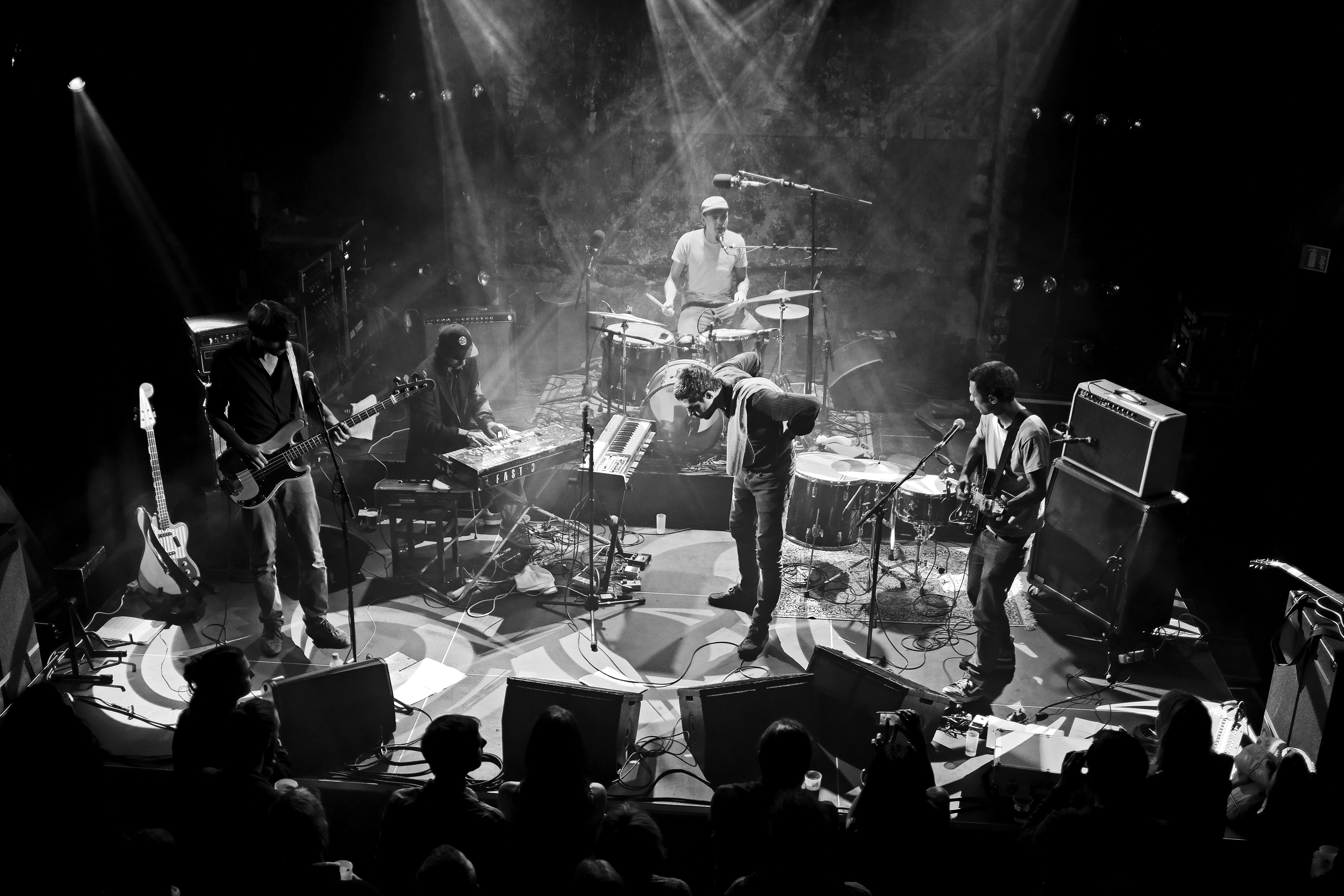 27 May Puts Marie to Play in South Africa

Swiss quintet, Puts Marie, will be playing two shows in South Africa on 31 May and 1 June.

Following a three-year hiatus, the quintet reunited again in 2015 and have since released two albums, Masoch I – II and Catching Bad Temper, which is their latest addition.

“Our main fear was to repeat ourselves or worse, to self-parody. We wanted to play with rhythm, rap and repetitions without turning to closed loops. The finished product had to be raw and alive.”

The Catching Bad Temper album has pushed the band’s sound into uncharted territories and is a true celebration of the band at its peak. Puts Marie recorded their latest album from a series of residencies, including their home in Bienne. The album was completed at Black Box Studio in Nantes, which guarantees analogue sound processing, live takes and tape recordings.

“I find it very beautiful that we’ve all grown individually with our own tastes and desires and yet we all find each other on the same wavelength when it comes to playing together.”

You can catch Puts Marie at Rumours Club in Johannesburg on 31 May and Railways Cafe in Pretoria on 1 June.