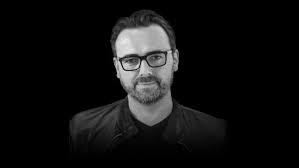 03 Jun Ralf Heuel, One of the World’s Top Chief Creative Officers is heading Down South

Ralf Heuel is Chief Creative Officer and Partner at Grabarz & Partner, in Hamburg – the ad agency he co-founded as a junior copywriter in 1993. This year, Ralf serves as the Loeries Jury President for the Out of Home, Live, PR & Media Communications categories.

In 2015, he was among the top three Chief Creative Officers with the most awards worldwide, according to the Big Won Report, and was named “Creative Leader of the Year”.

In 2018, Ralf was among the top 20 Chief Creative Officers in the world. Ralf and his agency are responsible for the domestic and international accounts of Volkswagen, Porsche, IKEA, Burger King, EURONICS, and Melitta.

He is scheduled to speak at the DStv Seminar of Creativity during Creative Week in August. It will be held at the Durban ICC. Other speakers confirmed include Amsterdam-based senior copywriter at 72andSunny Nedal Ahmed, Google APAC’s Tara McKenty, and Facebook’s Caitlyn Ryan, among other notable global industry figures.