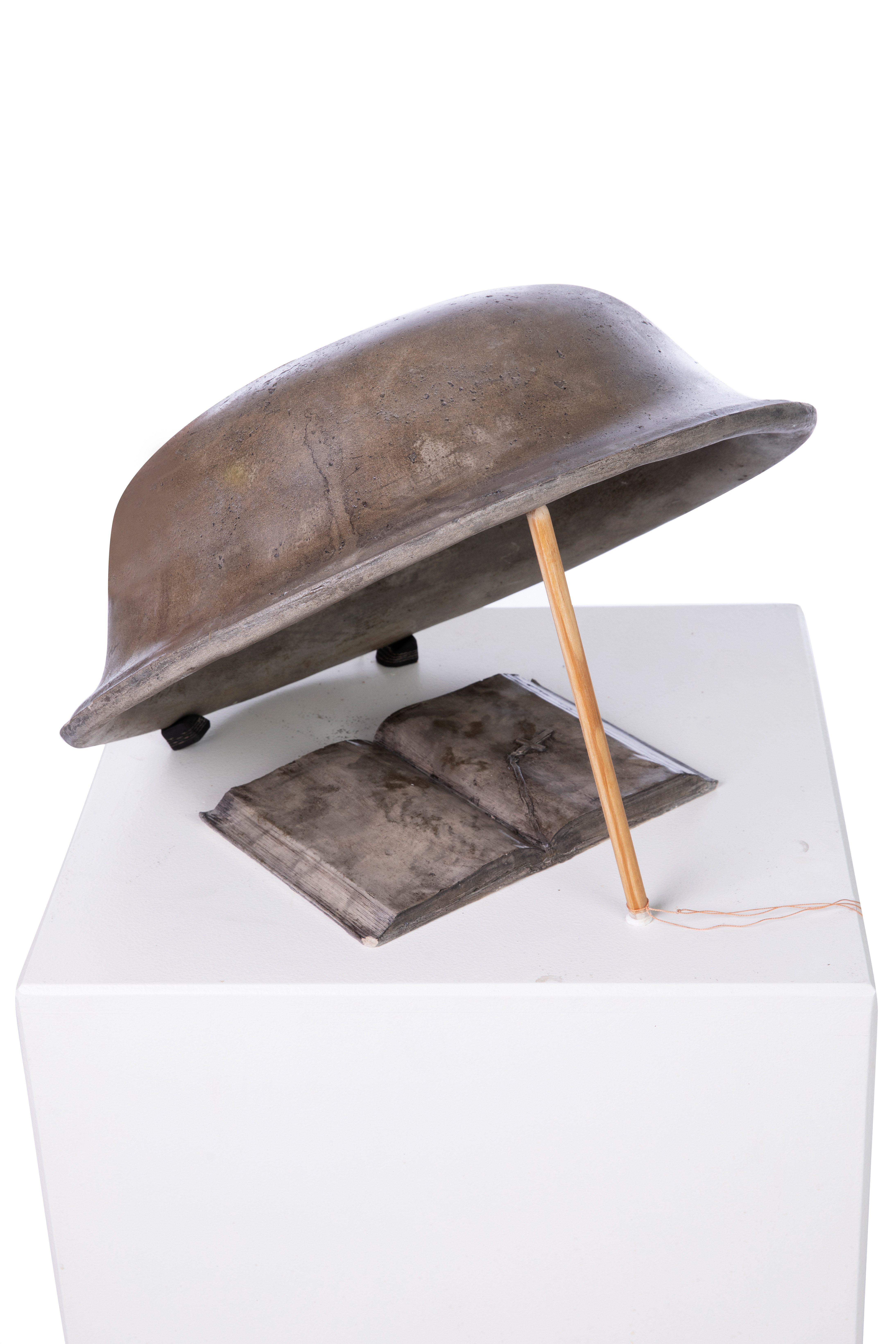 His thought provoking entry secured Sonwabiso both the Sculpture Category prize and the overall winner ranking. The work provides an analogy for how certain religious cults are ensnaring their congregants.

According to Ngcai’s personal views on the subject matter: “an isigu, in traditional African society, is a contraption used by young boys to hunt birds. It consists of a downward-facing bowl, with one side held open by an upright stick that has a string tied to it, with a few pieces of grain scattered underneath the bowl. Lured by the promise of food, a bird enters the area; the string is tugged, and the bird is captured. In this piece, the use of this simple, but effective hunting tool is an analogy for the entrapment of people by religious cults.”

Triggered by the recent exploitation of religious cults in South Africa, Sonwabile Ngcai probes an aspect of the current South African society by skillfully executing this visual metaphor. Other work in the Sculpture Category was characterised by this same desire to interrogate the contemporary African condition.

Runner-up in the Sculpture Category was Durban-based artist Kenneth Shandu for work that depicts the plight of the homeless as observed on the streets of Durban. A Special Commendation went to Prudence Magagula for her exploration of gender violence and sexism experienced by female mine workers.

All the winners and runners-up in the other entry categories are as follows:

Special Commendation: “Genesis 4: I Am Not the Keeper” by Itumeleng Ramakau

Winner: “Camara and the Clothing Factory” by Wian Jordaan