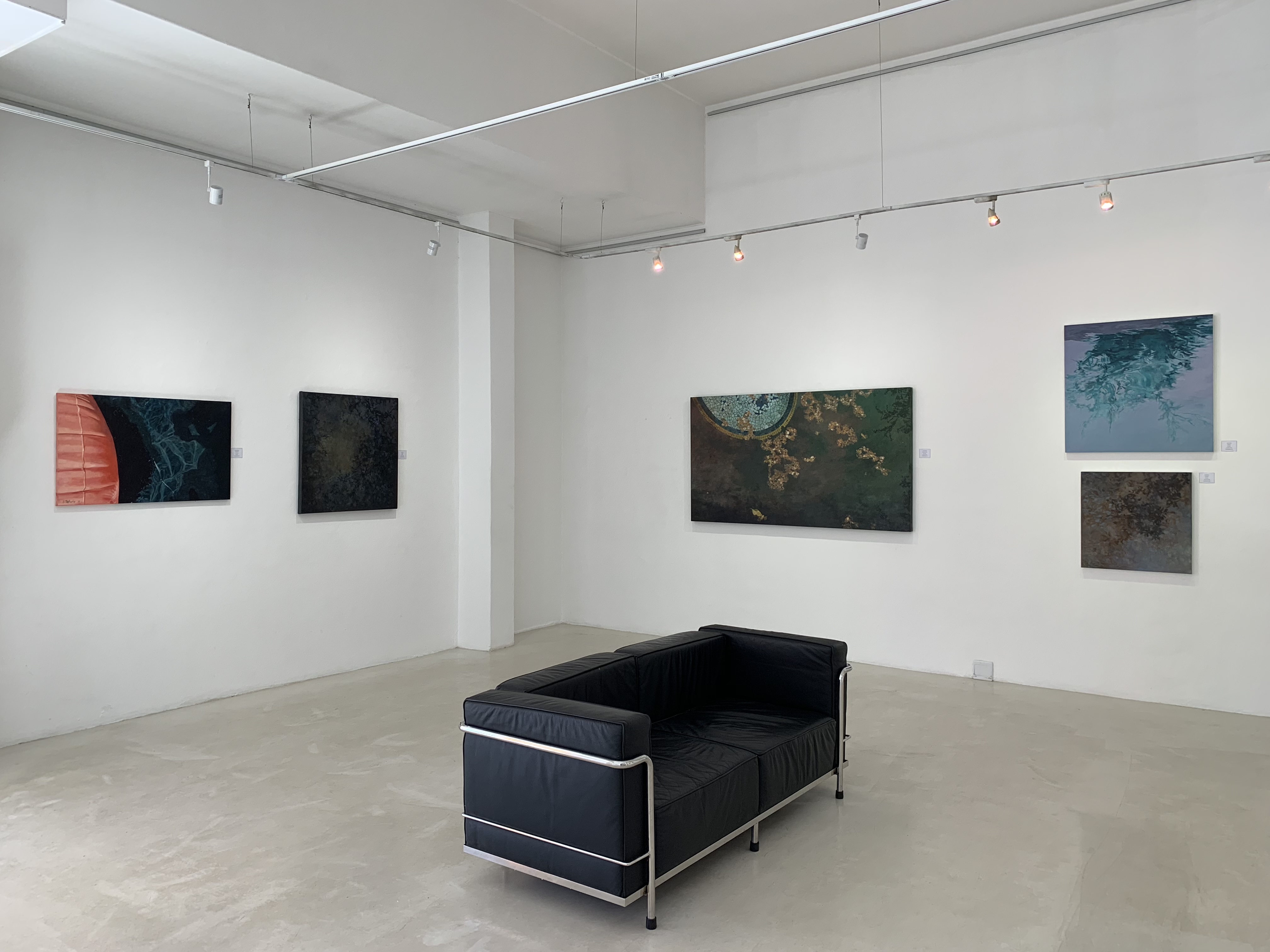 Posted at 09:00h in Art, exhibition by Tyrone Fisher
0 Likes

Laurel Holmes and Danielle Malherbe hosted an exhibition in April at Gallery 2 by the name of Surface and Depth. Speaking on the exhibition Laurel Holmes had the following to say:

This body of work aimed to take a single moment and show the movement of water in that second. Water is in constant motion so it’s that moment of capture, never-to-be-the-same-again glimpse that I have tried to set down here, by focusing on a small section of the subject matter and examining it. There is a hoping to get past the obvious to develop a sense of the cadence but I also found a lack of consistent rhythm. A little like life, where we are wanting things to stay the same but they never do. Water’s patterns are actually not repetitive, rather random and almost erratic forms of motion, depicting chaos and seemingly randomness but which are organised forces and laws in nature where order and disorder abides.

Like the movement of water, life is largely uncontrollable, and unpredictable. It takes the path of least resistance, a characteristic of human nature. These works are the subject matter made more physical, wanting to retain that sense of absorption with the subject that led to the works. Being in the presence of a body of water, be it ocean, river, mountain stream, one can just ‘be’ as one becomes absorbed by the ebb and flow. It stills the mind and eventually it seems that the present moment is all there is, with no attachment to the shadow of the past or the future.

Through the works, I hope to inspire those who see them to look more carefully at the world around them, to discover beauty, daily, in unexpected places. Much has been written on the (vital) role of natural beauty on the human psyche. Rachel Carson captured this intuitive sense stating that “there is in us a deeply seated response to the natural universe, which is part of our humanity.”

While Danielle Malherbe felt the following:

The title of our exhibition refers obviously to the physical attributes of water, its surface and its depth—but also suggests the metaphorical richness of water as a subject. Surface and Depth can refer to the psychological, the inner world of feeling and thought. Water can be crystalline, translucent and pure, or murky, dark and brooding. It is an apt metaphor for the intangible, that that is difficult to articulate. For Jung, water is the most obvious symbol of the unconscious.

Jung identifies water as an archetypal image that features in many culture’s myths of creation, where everything emerged from the chaos of formless water. Water features in the rituals associated with birth, purification/baptism and death. The immense value placed on water symbolically is linked to our complete dependency on it for survival. Water is life-giving, nourishing and cleansing. Food crops must be watered, oceans, seas, rivers and lakes cover most of the earth’s surface, unborn babies are suspended in a protective sack of water in the womb which breaks at birth, our bodies are 80% water. It must the intrinsic presence of water in the human body that explains the overwhelming effect that water has on the human imagination. It is not surprising that water is deeply embedded in our psyche and symbolic language.

Furthermore, water has an innate beauty. People are magnetically drawn to water because of its visual beauty, its sound, refreshing coolness and taste. My paintings are of contained water. I paint sections of suburban swimming pools that include the edge of a pool or in some cases, the steps leading into the water and drifting tubes. The motif of the swimming pool is a receptacle of/for emotion.

The myth of the fountain of life, the well at the centre of paradise, the umbilicus of the world, the “fons et origo” is of great interest to me. The pool at the centre of paradise can almost be described as the holy of holies, the most distinctly potent. It is a sacred and circumscribed space. It is this hallowed quality that intrigues me. My pools are contemporary settings for introspective contemplation.

I have explored more sombre moods in this series of paintings. By selecting images photographed at dusk or nighttime, I am focusing on darker, brooding, ambivalent water. Added to this, drifting plastic tubes, which we associate with children’s play, increase the sense of disquiet.

Employing the image of water, that is not altogether inviting, allows me a metaphorical exploration of the sense of uncertainty related to contrapuntal identity and questions of belonging, and the complex sense of loss that is part of the human condition.