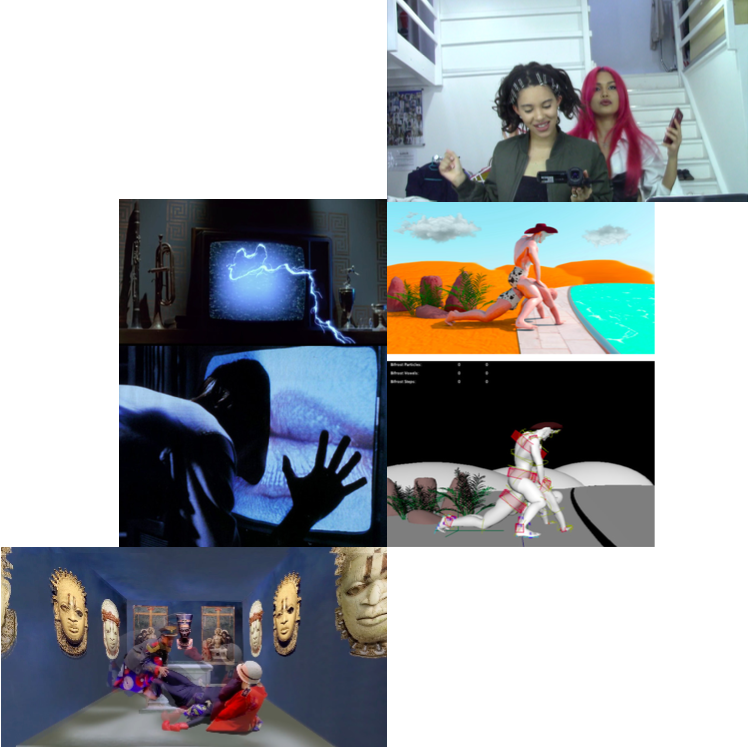 26 Jun ASPECT : RATIO – A Provocative and Interactive Exhibition; Test the Boundaries of Technology and Social Taboos

The term ‘aspect: ratio’ is the proportional relationship between an image and a two-dimensional plane. But, as two dimensional planes are making way for more immersive mediums this term is starting to become more and more irrelevant.

The artists in Gallery MOMO’s video exhibition have reworked their concept of the term and, as a result, their ideas around video art have also changed: “Who is the author of a video that splices or distorts video content made readily available on the internet? Who can claim an interactive work, which requires not a passive audience but viewers who become participants, performers, technicians?”

They also take a look at some serious and controversial issues that have come to light as technology evolves, such as surveillance and consent, commodification and reproduction, exploitation and censorship.

At the exhibition you will find:

Katharien de Villiers’s: “Fellas, not cause all you can steer that don’t mean all you can drive boy/ #siesjong”. This is an autonomous video sculpture piece consisting of five tablet screens fixed to a mechanically driven structure, each screen showing a different angle of a drifting BMW. This work combines video, sculpture, and virtual reality, and leaves the viewer simultaneously exhilarated and disorientated. “By de/re-contextualizing a stigmatized act, de Villiers allows for a re-evaluation of taboos and our judgment of what is beautiful, cultural or acceptable.”

The online bot, THOT BOT is a debauched digital art collective created by Danielle Nagar, Meghan Daniels, and Steph Anderson. Their installation, SLIDE IN2 MY DMS ;), will have THOT BOT posing the question “What word comes to mind when you think about SEX?”.

Data scraping will then be used to mine the Instagram users’ responses and display them as a series of rapidly flashing images. This will “explore themes of voyeurism, open access to content online, censorship regulations and user-generated and curated content. More specifically, this work hopes to raise awareness around ‘shadow banning’: an unofficial aspect of Instagram intended to filter out spammy posts or accounts run by bot, which disproportionately affects on queer and trans individuals by censoring their bodies, experiences, and community.

SLIDE IN2 MY DMs 😉 acts as a ‘counter bot’ that attempts to uncover and retrieve shadow bans or at least look at alternative hashtags that can be used in the hopes of challenging that which is harmfully censored.“

Luvuyo Equiano Nyawose’s ‘Mirror, Mirror on the wall, who is the most oppressive of them all?’, created in collaboration with black woman artists, art practitioners and cultural knowledge producers Mmakhotso Lamola, Chaze Matakala, Bulumko Mbete, Duduza Mchunu, and Mmabatho Thobejane. It explores the tears of white Disney princesses and how this commits a social violence. .

Meghan Daniels’ ‘Emmanuelle’ is a digital confession and secret which pushes the limits of what is permissible on social platforms.

Scum Boy’s pristine 3D-rendered art reflects on his memories of the predominantly masculine gaming world while M Thesen Law’s “Screencrawler Montage” is a supercut of clips from various films showing entities crossing through screens to travel the world.

“Inside Out” by Thom Dreyer, Ross Eyre, and Adam Oosthuizen takes a look at how 3D terrains are evolving, while “EMERGENCE AFRI’ VIOLA” by MAGOLIDE is a VR performance art piece, which incorporates both digital reality and conceptual communications that are afforded by art.

In “Concerning Consent”, Jabu Nadia Newman gets to the bottom of how much information, images and sound bytes we consent to revealing. Cellphones have, in a short space of time, worked themselves intimately into our physical and mental lives.

“False Alert”, a collaboration between Cary Small, Steph Anderson and Jonathan Goschen explores how cellphones have wormed their way into out lives to such an extent that we think they’re ringing when actually they’re not.