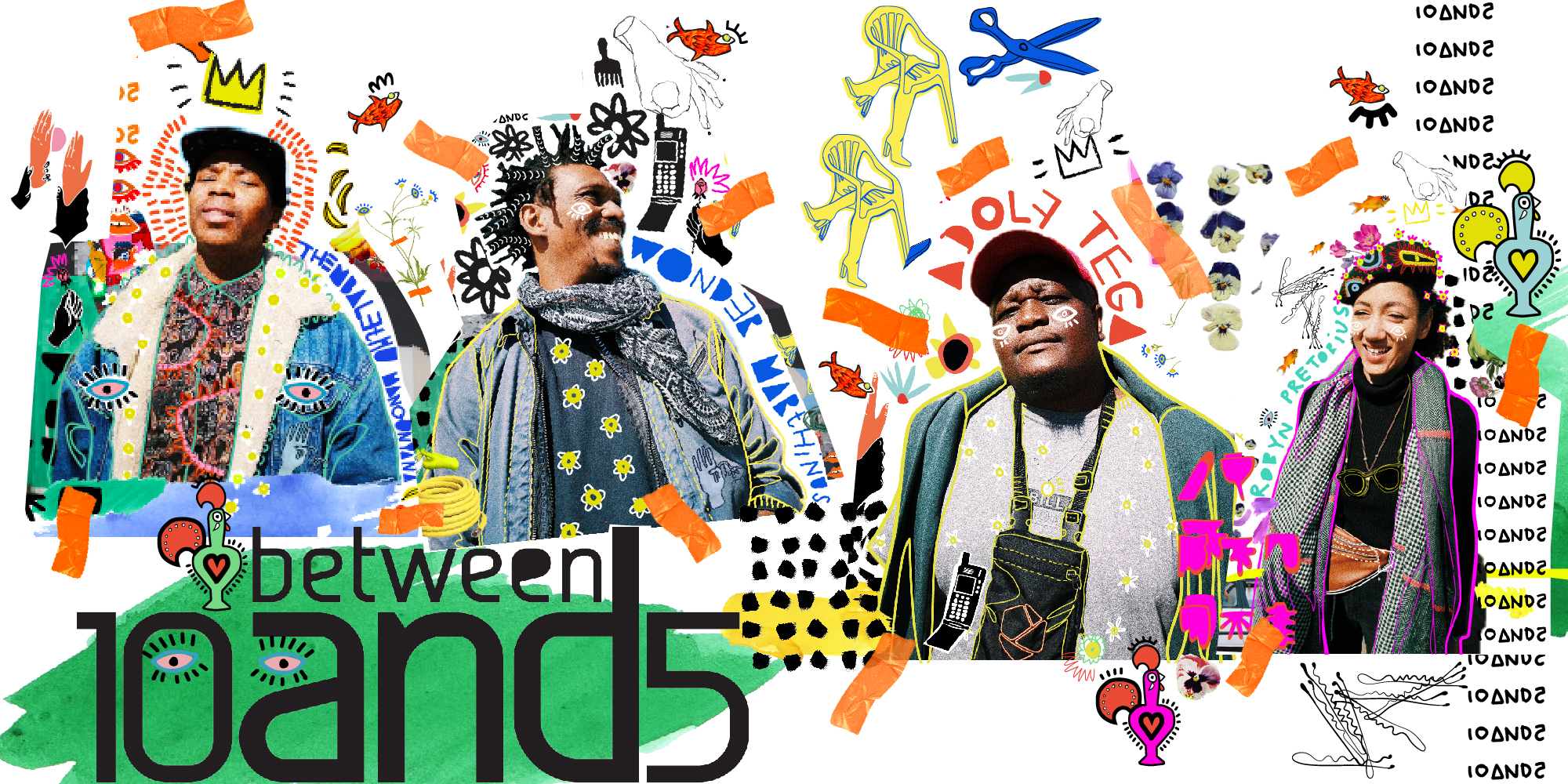 Titled Creative Exchange, the exhibition was first established in 2011 to recognise emerging South African artists and offers them a chance to develop their art. The initiative gives them an opportunity to showcase their art work in an exhibition sponsored by Nando’s. They will be supported in creating a wide range of work and this will help nurture their careers. The work created for the group exhibition will be available for sale to the public at the exhibition.

The four artist’s work, together with works from the Nando’s collection and the Spier Arts Trust Creative Block programme, were exhibited at this year’s Basha Uhuru Freedom Festival which took place at Constitution Hill in Johannesburg.

The curatorial theme for the Creative Exchange Exhibition will be decided on while the four artists work together towards this exhibition, under the guidance of a mentor, who will provide on-going feedback and guidance.

Each of the selected artists make use of techniques and styles, and explore different notions through their artwork.

Adolf, originally from Zimbabwe, completed a Diploma in Fine Art from the National Gallery of Zimbabwe in 2006, where he focused mainly on painting and sculpture. The following year he relocated to Cape Town and joined the Good Hope Art Studios. The artist has also taken part in a number of group exhibitions and had the opportunity to hold his first solo exhibition, ‘Africa without Borders’, in 2012 at The AVA Gallery in Cape Town. His creations are inspired by the mundane – the often overlooked aspects of life. Particular interests of his are the faceless and often disregarded masses that populate our environment, and is fascinated with the density and scale of these masses; whether they are moving across borders in search of a better life or commuting together on their way to work.

Cape Town born and raised artist, Robyn Pretorius, started off as an artist at a very young age and soon became the youngest cartoonist for the Sunday Times in 2001 at the tender age of 13. In 2014, Robyn showcased her urban inspired artwork in New York, where she was one of seven artists chosen to participate in a New York Trade Mission in association with the South African Government Trade and Industry Department. She received an opportunity to create a portrait of Muhammed Ali for the Krugerrands’ 40th anniversary which was exhibited at the FNB Joburg art fair in 2017, and recently participated in a group exhibition titled L’acte Final, Scene One: Louis and Friends, at Gallery University of Stellenbosch.

Robyn’s artwork is inspired by her everyday surroundings and the people that cross her path. She identifies herself as a photorealistic artist who is drawn to the fine detail of what she is painting and believes visual clarity is just as important as the concept. Robyn’s artistic process is inspired by the person she chooses to paint as a subject. She makes use of a painting technique which is influenced by photorealism, romanticism and a touch of contemporary- which then help glorify the aesthetics of being human. Robyn aims to investigate the connections between our environments and our identities through the art she creates.

Thembalethu is a painter, sculptor and printmaker who draws inspiration from Western theory and African art, and is influenced by the Neo-expressionism master, Jean-Michel Basquiat and Pablo Picasso’s Cubism period. Thembalethu creates his paintings using oil- making use of bright colours, and describes his style as ‘free form’.

Manqunyana, who resides in Port Elizabeth, studied art and design at Russel College and then furthered his studies at the Nelson Mandela Metropolitan University Art School where he practiced fine art. He later obtained a Bachelor of Fine Arts from Rhodes University in 2013, and in 2015 he won The Most Promising Artist at ArtEC, Eastern Cape. Thembalethu then practiced live performance art at AFDA in Port Elizabeth. Manqunyana’s most recent exhibitions include Spirit of the Heart; held at MOK Gallery in Stellenbosch in 2018, and one at GFI art Gallery in November, 2018.

Through his artwork, Thembalethu aims to create opportunities and provide support for artists in disadvantaged communities.

Cape Town based artist, Wonder Marthinus, began his career as an artist in 1995 after a fellow artist introduced him Greatmore Street Studios, he later took part in an artist residency program at the studio in 2001. He has also taken part in group exhibitions both locally and abroad, with his most recent exhibition being The Artists Prism in 2015 at the Eclectica Modern Gallery in Cape Town. Wonder has created for Spier, Hollard, SAB and Nando’s UK.

Wonder’s paintings fall between being representational and abstract. He makes use of photographic material, but his images are manipulated to such a degree that they become entirely independent from the sources.

Between 10 and 5, Creative Exchange, nando's