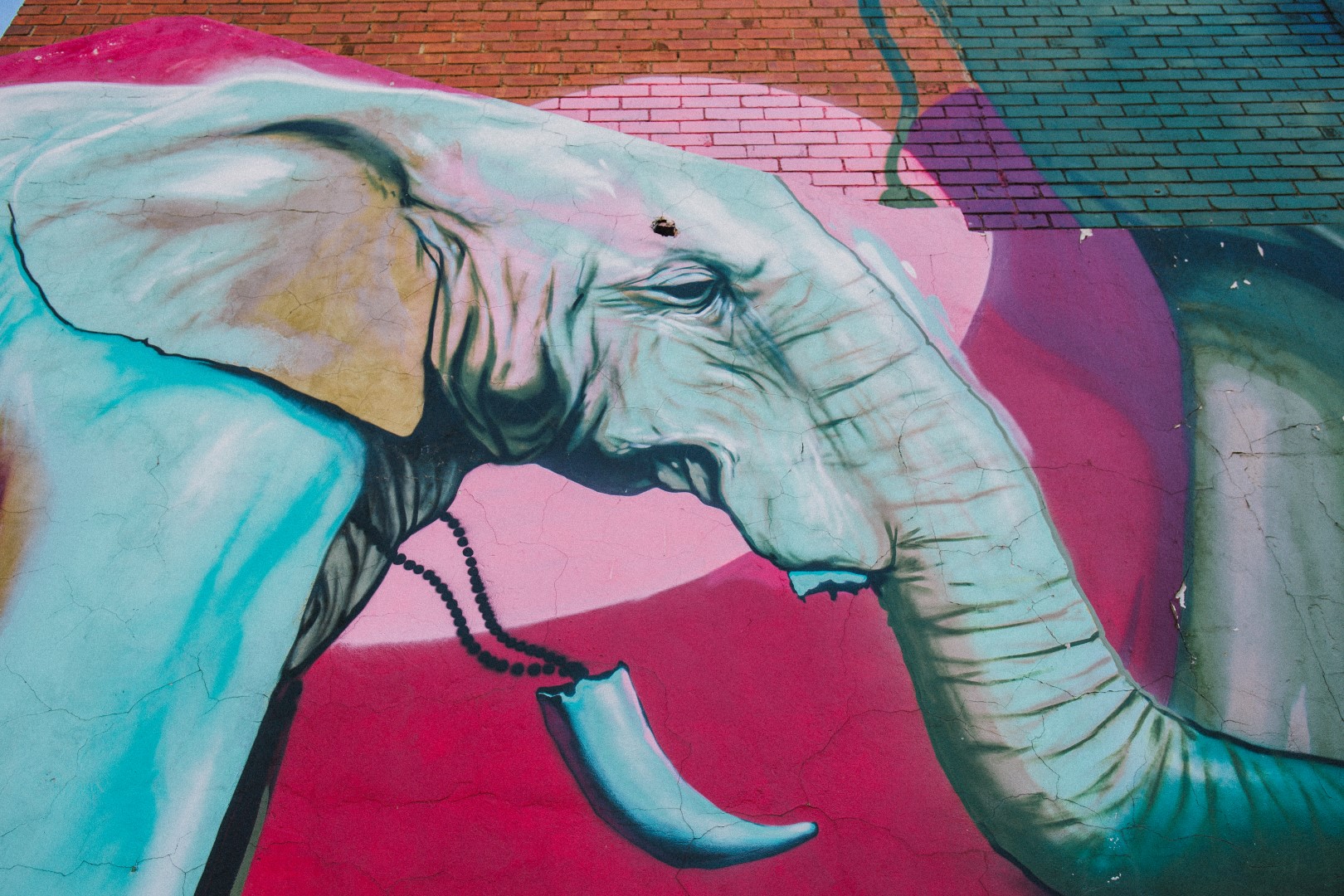 Johannesburg’s street art is coloured by our country’s history and is evident in the works of art that adorns the city’s walls and streets as a commentary on the cultural zeitgeist. Every week, over the next few weeks, 10and5 writer Thabang Buthelezi will be looking at a street art piece that takes on a unique flavour of the country. This week, she takes a closer look at Falko One’s art.

African cultures perceive the elephant as a symbol of strength and power. The African Elephant is praised for its size, longevity, stamina, steadfastness, and loyalty, and in South Africa, we use it’s tusks in the coat of arms to represent wisdom, strength, moderation and eternity.

Falko One, a street artist born in District Six (a former inner-city residential area in the Western Cape) celebrates the African Elephant in a handful of art pieces, including a mural in Newtown, Johannesburg. Many of his artworks can be found on the side of buildings, or people’s homes in some of the city’s poor neighbourhoods.

Apart from the elephant, what remains consistent is the sense of whimsy his murals bring to these different environments.

At first, he painted elephants as a political message, believing that the mammals symbolise community and care. Through his mural in Newtown, featuring two elephants painted on a pink background, he brings together people of different races, cultures, ages, and walks of life. There’s no missing the happy factor of his work, but the irony of it all is that he is inspired by forensic detective shows, criminal minds, British comedians and cooking shows – basically anything other than watching or reading something about art itself. This is to encourage his lateral thinking.

Evidently, this has worked in his favour. After 30 years making street art, Falko boasts over 200 elephant painting across South Africa, and a few internationally.