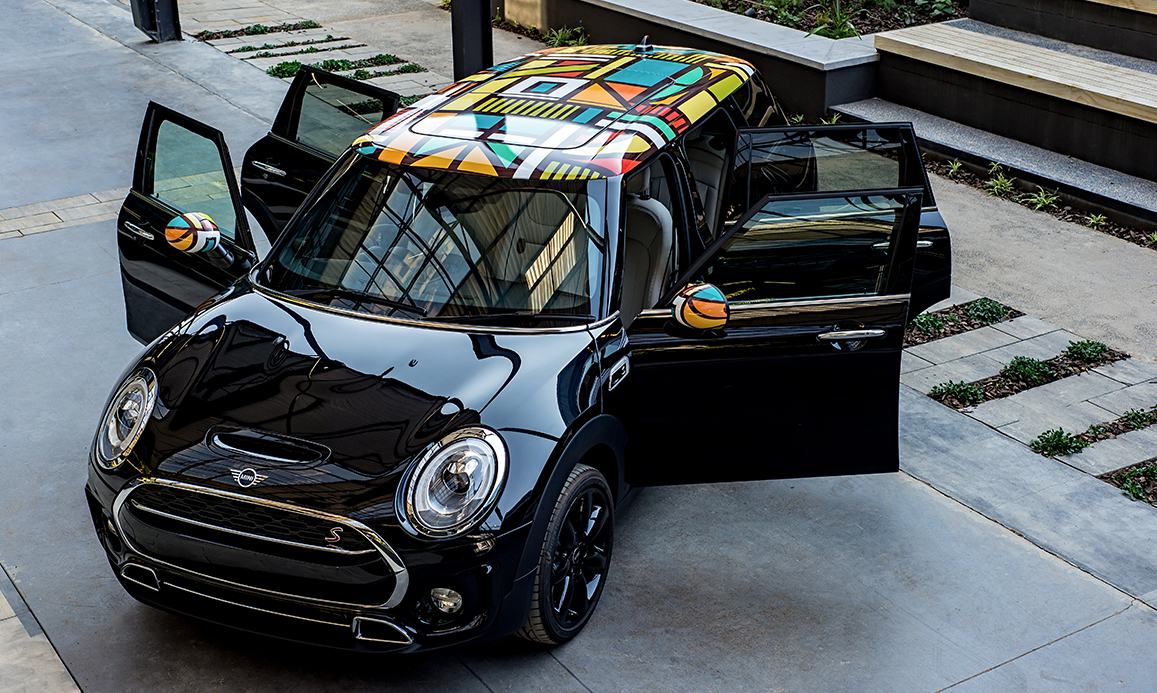 Posted at 14:00h in 10and5, Advertorial, Collaborations by Rebecca Jacobs
0 Likes

South Africa spoke and 10and5 listened. The Modern African Gentleman is characterised by his duality and ability to move seamlessly between two worlds. He is rooted in culture, but comfortable in contemporary spaces. He is both rural and urban, traditional yet unconventional. The Modern African Gentleman knows that his power lies in his humility. He is flanked by those he takes along with him on his upward trajectory – in this way, he is not only rising up but raising up, too. These seemingly contradictory aspects live side by side, creating a harmonious duality that is unlike any other.

10and5 enabled MINI to team up with leading African visionaries and creatives to produce ‘art in motion’ – a renaissance on four wheels. MINI has produced three distinct versions of the new Limited Edition Clubman. Each unique design was made in collaboration with three rising creative stars: artist Baba Tjeko, filmmaker Tebogo Malope, and musician Langa Mavuso. These three creatives represent the epitome of Modern African Gentlemen.

At the official launch of this limited edition Clubman, it was announced that only twenty models will be released for sale to the public.

This limited edition Clubman – the latest from the MINI Duality Series – combines personality with precision, creativity with craft, and form with function, making it the ultimate representation of Modern African Gentlemen.