Johannesburg’s street art is coloured by our country’s history as is evident in the works of the art that adorns the city’s walls as commentary on the cultural zeitgeist. Over the next few weeks, each week, Between 10and5 writer Thabang Buthelezi will be looking at a piece that takes on a unique flavour of the country.

In the second instalment of our series, we look at Dada Khanyisa’s work. 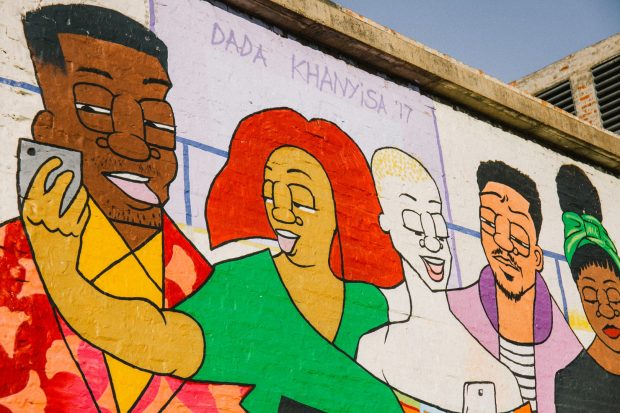 Also known as “The Mighty Whale”, Dada Khanyisa is a Joburg-raised and Cape Town-based artist whose work is focused on telling the story of the South African home. Khanyisa doesn’t necessarily seek to be different, however, their style of art has benefited from the authenticity it exudes.

Initially, our focus was on Dada’s art piece of the mayor of Johannesburg having fun with friends. This typical portrayal of the daily lives of typical South Africans – often joyful, friendly and constantly finding ways of surviving amidst everything happening around them – is a consistent theme in Khanyisa’s work.

The mural of the Joburg mayor used to be a corner away from the Stevenson Gallery in Braamfontein but it has been since removed. An older and similar mural by her can be found at the Constitution Hill in Johannesburg. 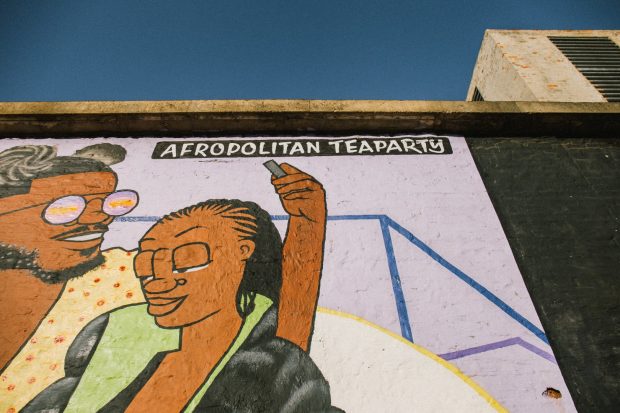 Titled ‘Afropolitan Tea party’, it was completed in 2017 and portrays a group of people sitting at a together at a table, but taking selfies on their smartphones with the exception of a lady wearing a t-shirt that reads ‘Let’s put our leaders in rice’. 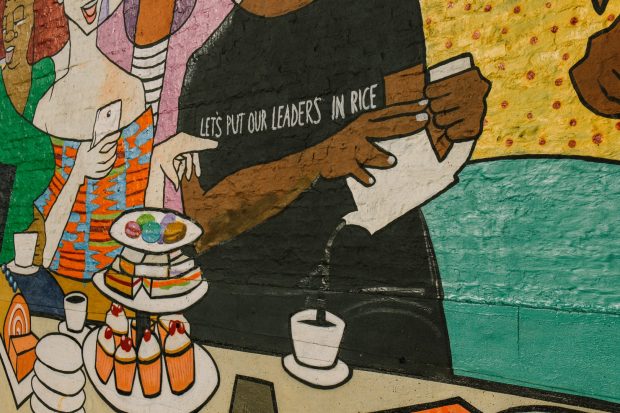 “I usually refer to my craft form or style as ‘nakanjani’, as it allows for the use of different materials and it accommodates multiple outcomes. The craft is not limited to certain subject matters and materials,” Khanyisa said during an interview with Visi Magazine. 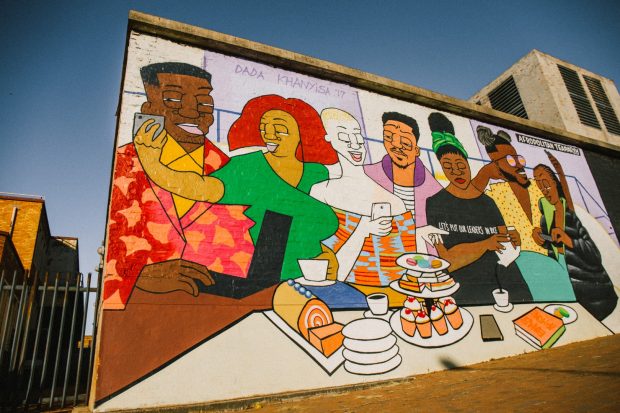 Khanyisa’s work has been exhibited at the Miama Basel, one of the most respected art fairs in the world.

“My focus on the human condition stem from the various spaces I have called home, these spaces create a multi-faceted diagram of my reality. Most of the work I produce is about black experiences, the weight of the content is based on the currency of memories. The work acts as a social mirror with some distortion which are fuelled by the imagination and an agenda,” she adds.

Check out more of her work on her website www.themightywhale.co.za 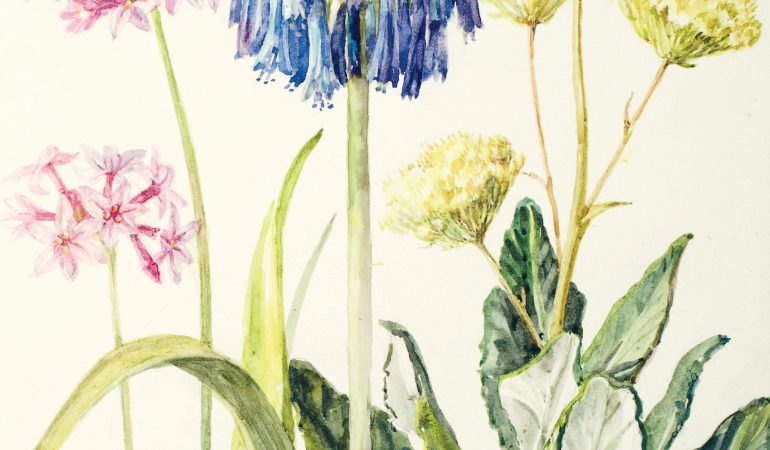 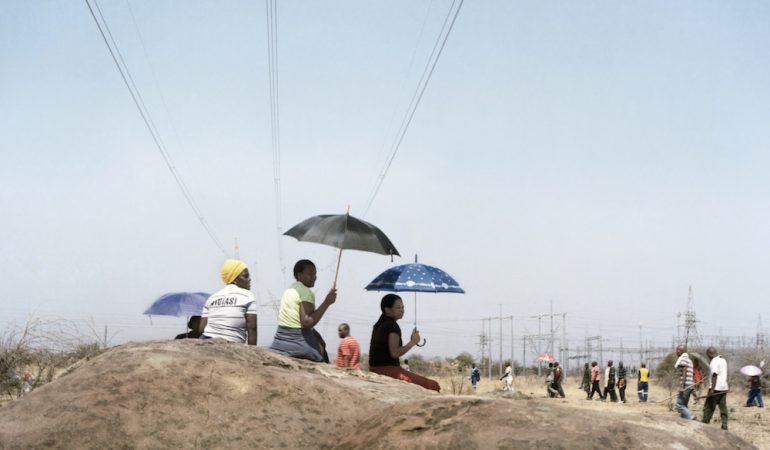 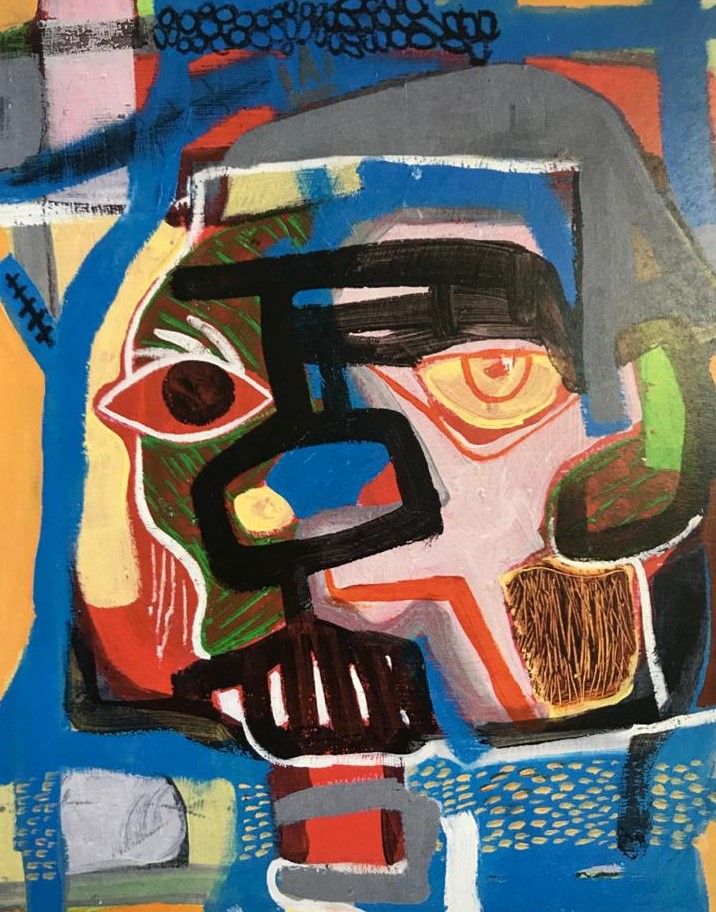