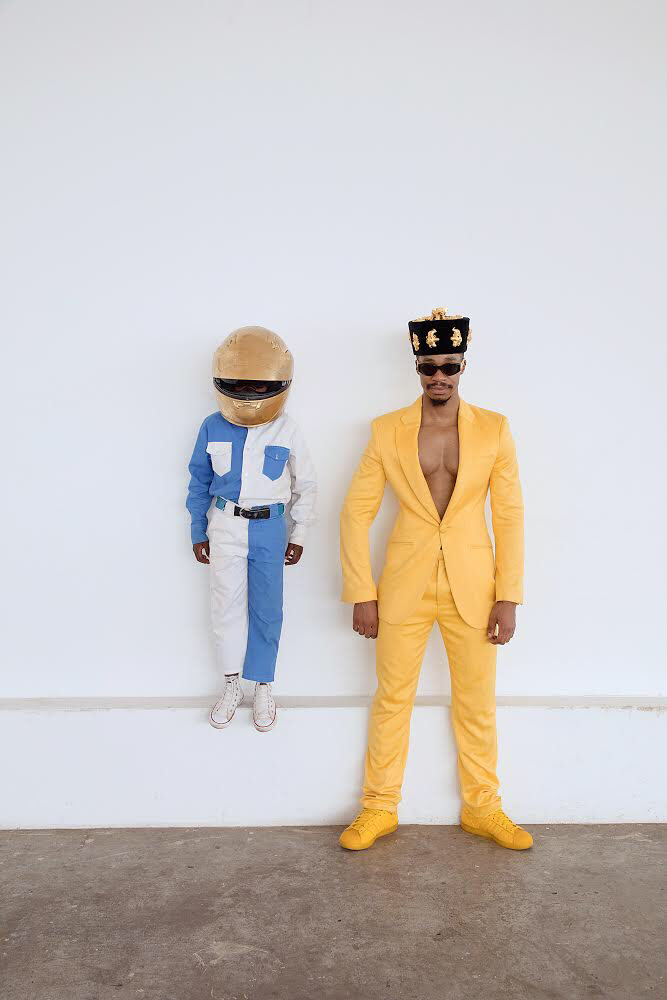 Cape Town based singer-songwriter and dancer, Yanga ‘Yaya’ Madlala recently released the music video for his single titled ‘S16 (Sulphur) Movement Piece’. The music video was shot at Shine Studio, based in the vibrant suburb of Braamfontein in central Johannesburg.

While discussing his creative process, Yanga says he dances almost every day, that’s his “cardio”. So while dancing at the studio, he was jamming to his EP ‘elements’, which he hadn’t played in a long time.

“[When] reaching sulphur I had so much energy and the moves I was doing were so fluid that I thought “shucks, I should shoot a one minute choreo piece for Instagram for this track.” He further reflects on the creative process of the music video and says that instead of shooting this himself on his cell phone, he decided to rather get a videographer/cinematographer, and shoot a full solo piece in a studio.

Yanga’s music video aims to represent a positive type of black masculinity, and also show that black men – as different as they may be can share and learn from each other without losing their personalities, and still be able to feel equally strong and powerful when they are amongst other men. He positively shows this representation through the choice of outfits him and his dancers are in, the colours and the movement style.

“So being that mine and the pantsula dancer’s style was so different but strong in their own right, I felt it could be related to black men in general; a view that isn’t commonly invested in. The fact that there is a spectrum of black men, incredible beauty and strength in that spectrum [is something] I wanted to show through movement. So I decided to have two different styles of movement [and] add an age factor too [so we included a child]. The story is being that the young black boy becomes exposed to different but positive black male figures that he could be when he grows up”, Yanga says.

At the beginning of the video, Yanga is seen wearing a bright yellow suit and a helmet; which represent an alternative, obscure, urban, futuristic, but cool black male.

“The scene then moves to two pantsula dancers who are also really cool with strong, more masculine, complex and intricate movements especially of the feet, and are dressed in suits that are colourful and printed, so representing a different form of black masculinity”, he says.

“In each of these scenes I’m learning their dance moves, and in the end we are all dancing together and there’s this explosion of different but cohesive and synergistic movement amongst us.”

This is Yanga’s way of showing that regardless of the fact that there are differences between them (which is the best thing about them) they can learn from one another without losing their individuality.

“The main colour present in the music video is yellow, mainly because sulphur is a yellow crystal and because it’s a warm colour; traditionally known to be neutral so ‘it fit in perfectly to the creative story for the video”, Yanga adds.

To bring this exceptional video to life, Yanga worked with a number of amazing young creatives; such as Muzi who produced the music, Scott Hurly who directed the photography, Trevor Stuurman as the creative director and the behind the scenes photographer. Zolani Shanggase was the director, and Xolelwa ‘Ollie’ Nhlabatsi edited the video. The video was styled by Neo Serati with Trevor Stuurman, and some of the striking colourful clothes worn by Yanga and his dancers are by designer, Rich Mnisi. The choreography and performances were by Yanga, Given Mkhize & Madamo, Slinidile “Sash” and Hloni from City Boy Pantsula.

Yanga’s music video is available on his YouTube channel.