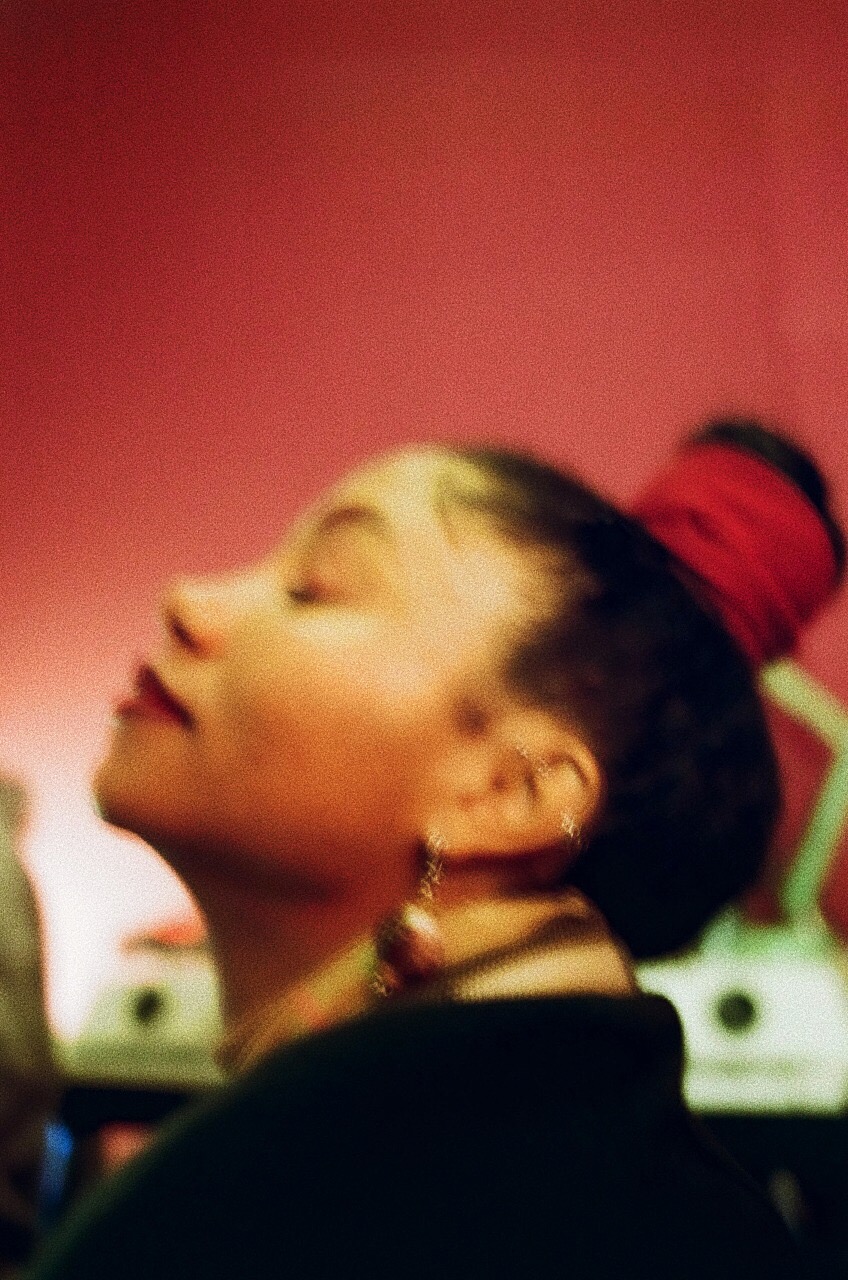 25 Jul Listen to the sounds of Būjin

BŪJIN [ Dani Kyengo O’Neill] is a South African sonic performer, producer and sound artist whose work predominates live performance, composition, collaboration, production, dj-ing, sound installation and sonic-based research. She is based in South Africa and works within, and beyond the extended continental region, creating sounds under the same moniker.

We caught up with her shortly after she landed back home from a European collaboration where one of her hosts on this trip was Radio Raheem Milano. It was during this tour that she was also invited to perform for the African Art in Venice Forum at La Biennale 2019 in Venice.

Negraaah is a project that Būjin began collating last year – starting on a small scale with music and sound mixes that are intended to curate forms of story formulated around a central theme or narrative. The project itself is one that she is working towards collaborating on with a variety of different artists who work through the medium of sound – be it through storytelling, music making, poetry or through live performance work to create different volumes, as well as being featured on the various volumes as the project progresses.

CREDIT: Self portrait by artist

Right now she’s on Volume 4. Both this volume and the preceding Volume 3, were really special because they were the first debuts outside of South Africa and it was on Balamii radio – a London based station in collaboration with BBZ London [ after approaching her to present a mix] In response, she offered them Negraaah Vol 3, curated around the title “Who Drank Up All the Joko?”

Joko is a brand of tea produced in SA – tea being the beverage drunk prevalently in black households and community homes during her years of growing up. She took this as a cultural marker for herself and her upbringing, and put it into a story and that turned into a curated mix.

Volume 4 (a vinyl mix, specifically) was based on a series that looked at the way that the language is woven between movement and displacement, the sea, as well as drawing a line all the way from the southern point of Africa, through to the East and the West, and forming parallels.

Building on the foundation of a strong network of people and artists who have had a feature volume dedicated to them, or who she would like to feature going forward, it’s intended to be collaborative, chronicled and in volume format – to be collectively and readily available on the internet. The aim is to put together a body of work that can be accessible without requiring payment to listen to.

Her work is an attempt to engage the listener in sound and sonics as an option for asking questions positioned towards listening and locating, confronting post-and-present-myths, narratives, documented stories as well as new imaginings thereof.

“Take what you want, take what you need and leave what you don’t…” is the essence of what she is trying to speak through her music and the projects she chooses to engage with.

As an artist, Būjin describes her work as ‘a sound that involves playing with memories through performance. Her sonic selections are a journey through live experiments, Somali-vocals, strings, future-synth, broken dub, Kenyan benga, Caribbean breaks, and future-beat instrumentals for the soul – in both her DJ sets and visual performances.”

Fiercely private and independent, she continues to direct her laser-sharp focus onto a mindful presence, both sonically and within the genres in which she creates. As she clearly and unequivocally expressed during the interview:

Further evidence of this can be found in her artist bio which describes her ethos and approach:

“When she’s not otherwise being a sharp-tongued lyricist, she is dedicated to her sound, to incubating thoughtful sonic production and disrupting mainstream dominated imaginings of music-making and access, documentation and performance – from your ears, to the stage, to the dance floor.”

Būjin has worked and collaborated with fellow creatives that include 2019 Standard Bank Young Artist Award winner Gabrielle Goliath, visual artist Bronwyn Katz, Dope Saint Jude and BBZ London. She has been hosted by SWIM, Waxon SA, Balamii Radio London, and most recently by Radio Raheem Milano and the AAV Forum for La Biennale in Venice 2019.

Having been selected as one of 18 artists worldwide to participate in this year’s edition of Forecast Forum “Feeling out the Future”, Būjin recently returned from another sojourn in Berlin, where she was mentored by South Korean composer, cellist and improviser Okkyung Lee as well as the likes of South African visual artist Candice Breitz.