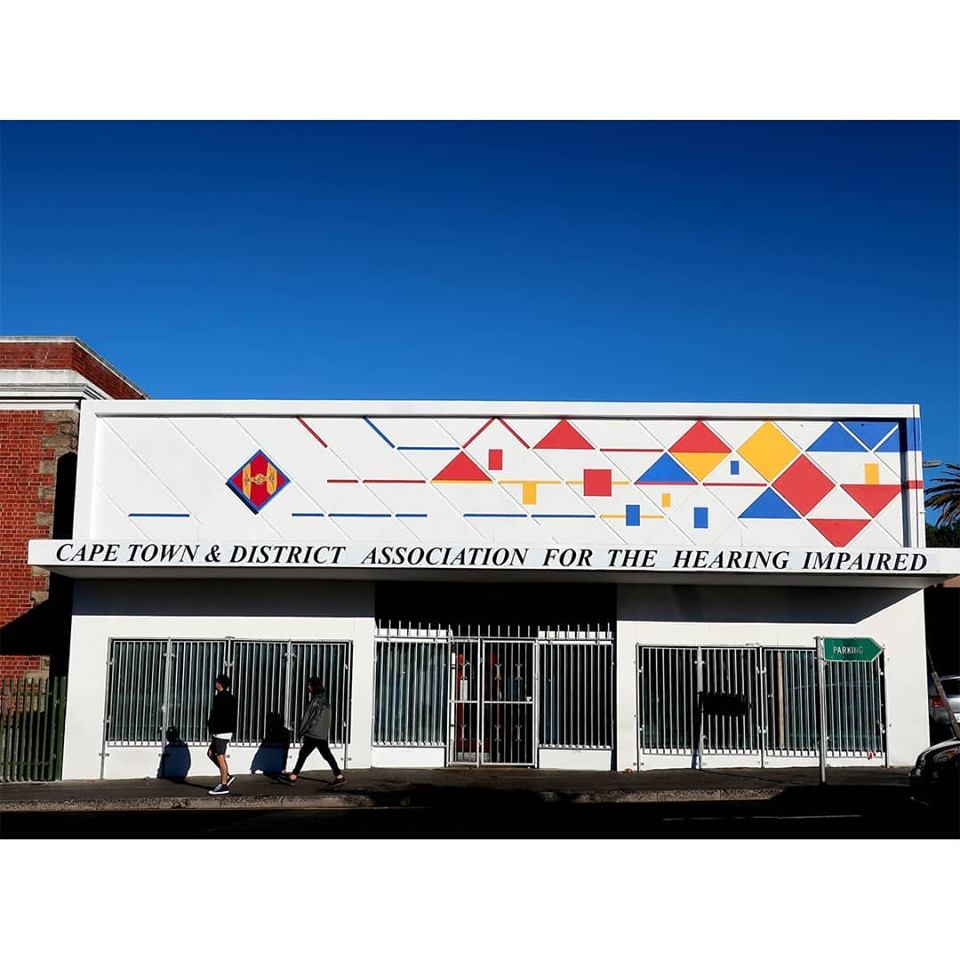 Johannesburg based architect and artist, Lorenzo Nassimbeni recently completed a multi-coloured mural for Cape Town District Association for the Hearing Impaired (CTDAHI). The project, organized as part of the Streetopia Legacy Street Festival was led by Karen Stewart from The Ah HA Company. To complete this project, Lorenzo worked with the Mary Kihn School for The Deaf in Observatory, and held an art workshop with the school students to create the visuals for the Station Road building owned by the CTDAHI.

Lorenzo Nassimbeni facilitated the workshop and created remarkable artistic work and experiences in collaboration with project facilitator Thandile Giyama and was considered the most essential element of the project with the mural being a physical representation. The mural is a marker for this wonderful workshop experience.

In cooperation with project facilitator Thandile Giyama, Lorenzo Nassimbeni facilitated the workshop and created wonderful artworks and experiences and was seen as the most significant aspect of the project, the new mural being a physical expression of it.

In order to produce two illuminated works for the mural, Artist Ralph Borland, who previously produced public art works at the Observatory was invited; he and Lorenzo worked in collaboration with Thandile Giyama, Simon Chinoda, and Motebang Masitha

In terms of promoting and documenting this project, the Observatory Improvement District played an essential role.

Below are some images of the mural: