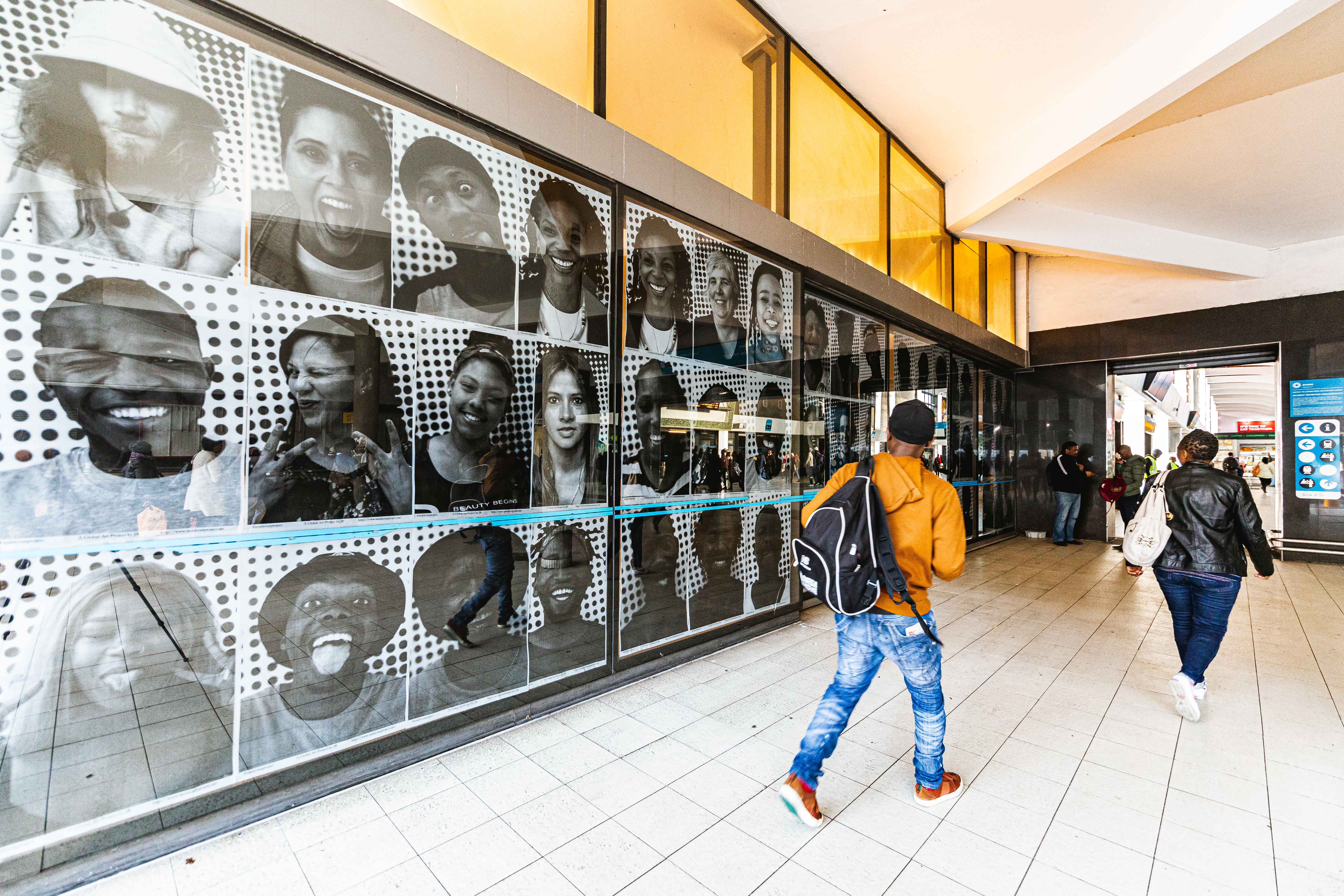 The Cape Town Central Station has decorated their wall with the faces of a restaurant owner, a gardener, a beer brewer, a yoga instructor and many more. Although this may seem like an improbable collection, every portrait reflects a Capetonian working towards creating a positive change in the city. The wall of portraits features a range of local people from various backgrounds and different walks of life who are working to improve the city one way or another.

The intention of the portraits displayed, titled ‘Generation Next’, is to use public art as a way of uniting Capetonians as well as to inspire people to work towards uplifting under-resourced communities.

The public art project was inspired by an international project- INSIDE OUT, which was run by French photographer JR.

Ludovic Baussan, who initiated the rather cool project, says this story of Generation Next is about talented entrepreneurs, artists, leaders and joining forces from all horizons to shape the future of Cape Town for the better, regardless of their culture, their privileges, their background or colour.

Ludovic further elaborates that ‘Generation Next’ was born out of the inequalities still visible in Cape Town, almost three decades after the end of apartheid.

“In the Mother City especially, racial and social divides still strike as very real. In such a context, we believe it is important to speak about the matters that unite Capetonians, rather than the ones that divide them,” he says.

“The project wants to highlight that it is not necessary to have a lot of money to have a strong impact on society, promote values and ideals, and contribute to positive change”.

The portraits were displayed at the railway station to coincide with Mandela Day and will be up throughout August.

For more information about this project, visit the site below: