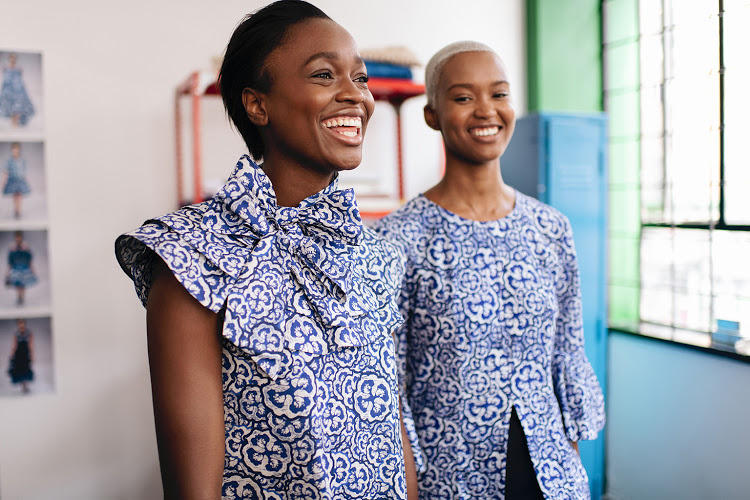 2019 started off on a great note, and the first half of the year has revealed some amazing collaborations between various creatives and brands. Here we take a look at some of our favourite collaborations thus far:

A few months ago, we saw artist/producer Muzi and DEAD come together to create exceptional and well curated merchandise for his ‘Stimela SeGolide’ EP which was released back in May.

The EP has quite an interesting meaning to it as it explores the vital memory of employee migration during Apartheid and was heavily inspired by Mam’ Busi Mhlongo – the title and subject matter also pays homage to Bab’ Hugh Masekela’s STIMELA. The ‘Stimela SeGolide’ EP has a total of four tracks and carries one feature from Mnqobi Yazo.

Crocs were recently re-designed and given a new look, stepping away from the common phrases used to describe the shoes around the world. In May 2019, CROCSXWANDA was launched; this was a result of the collaboration between the well-known brand and designer Wanda Lephoto.

Adidas, Shekinah and DJ Lag came together to launch one of their latest collection of sneakers, the Nite Jogger – a reflective sneaker designed for the night time creator. The sneakers appeared in the iconic duo’s vibrant music video for their single titled ‘Anywhere We Go’, directed by Kyle Lewis.

If you haven’t seen the video yet, you can watch it on YouTube.

Louis Vuitton invited six artists – one of which was South African designer Nicholas Hlobo, to reimagine its Cappucines Handbag. Nicholas x Louis Vuitton’s limited edition bag echoes the brand’s monogram canvas through a flower growing organically from the interior of the bag.

Find out more about Nicholas Hlobo and the limited edition Capucines collection.

Mantsho is a South African clothing label founded by Palesa Mokubung in 2004 and is the first African designer to collaborate with well-known retail brand, H&M. The brand created a women’s wear collection and accessories that will introduce a fresh, fun and unique South African aesthetic.

The collection will be available in H&M stores around the world from mid-August 2019.

The three designers, with different styles of design, came together to create exciting looks for this year’s Durban July. This year’s theme, ‘Once Upon an African Future’, explored futuristic fashion and expresses the meaning behind being African. Each of the designers created ten different looks that represented their idea of the theme.

Head of Décor Printing at ORMS, Leah Barling shared that the inspiration behind the brand’s move into the world of décor came from the many requests they received from their customers for custom-printed wallpaper designs.

In march 2018, Hennessy launched the second instalment of its distinctive brand campaign ‘Never Stop. Never Settle – by focusing on pioneers who are making the creativity of Africa shine. The impact of African culture on global trends has has grown exponentially in the recent years, influencing everything from runways to radio ways.

Graphic designer, Sindiso Nyoni expressed that he partnered with the brand because the campaign echoed his narrative of an artist, activist and entrepreneur.