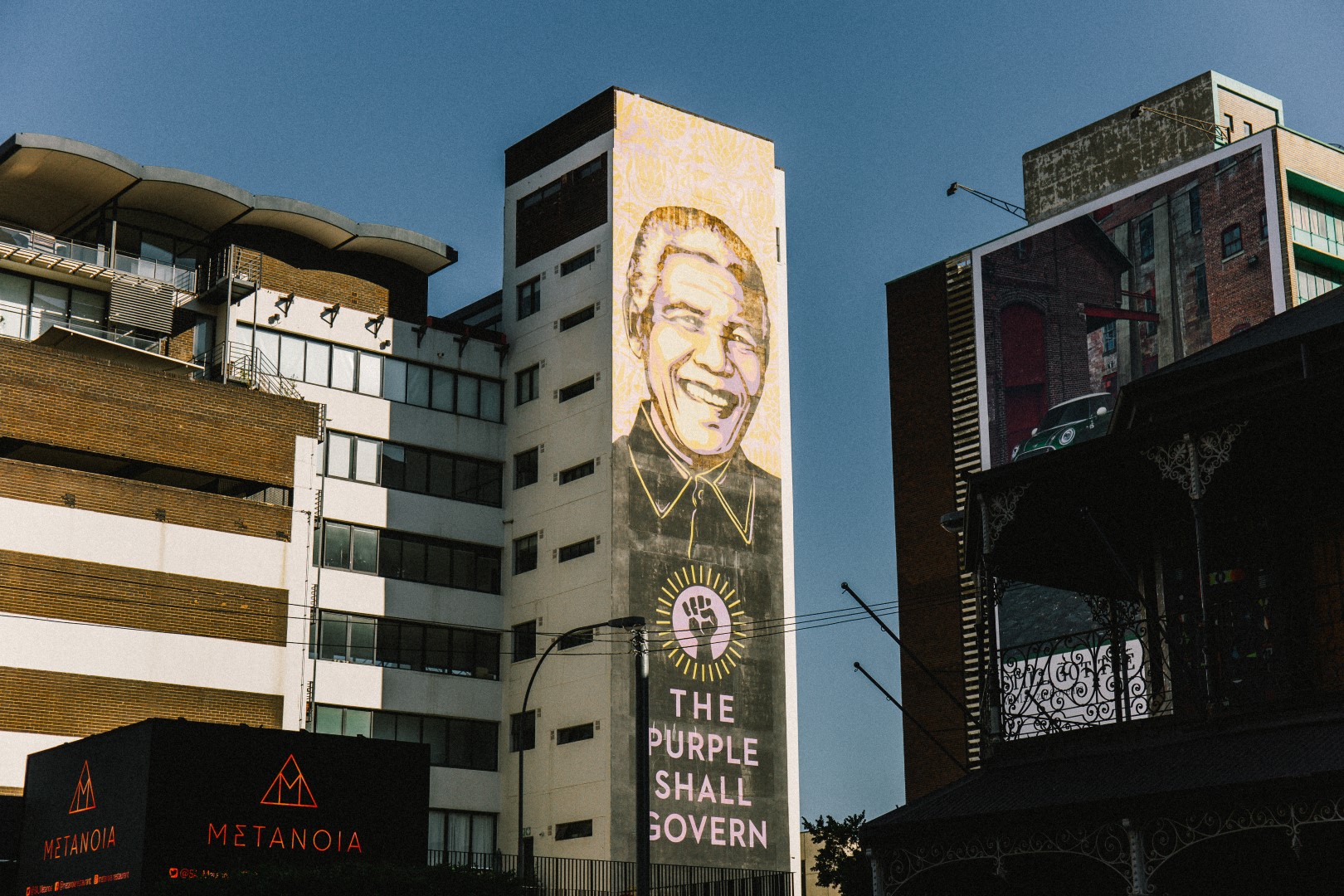 In the fourth instalment of our series, we focus on Shepard Fairey’s work.

The American artist, activist and founder of OBEY Clothing is the brains behind the ‘The Purple Shall Govern’ mural. If you have ever been to Braamfontein, you may be familiar with this mural, it resides in the heart of Johannesburg as you approach the Nelson Mandela Bridge. Coincidentally, Nelson Mandela is amplified on this mural.

How did it come about?

On September 2, 1989, anti-apartheid protesters marching to the Parliament were stopped by the police in Cape Town CBD. The police retaliated with batons, tear gas, and water cannon spraying purple dye to stain protesters – so they could identify and arrest later. The Mass Democratic Movement supporters governed the police by seizing the cannon and spraying it back at them instead. The purple dye stained the National Party headquarters, and since then, the demonstration has been referred to as the ‘Purple Rain’ protest.

That, as well as the Freedom Charter’s declaration that The People Shall Govern inspired the name of this mural. Fairey completed the mural in September 2014, on the 25th anniversary of the Purple Rain protest. This piece not only pays tribute to the uprising but also celebrates the late president’s contributions to the struggle.

Expanding on the legacy of Andy Warhol, Fairey’s work disrupts the distinction between fine and commercial art. He became well known during the 2008 U.S presidential elections for his Barack Obama ‘HOPE’ poster. The Purple Shall Govern mural is seen, by many as a sequel to this poster.

What’s common between the late the president [Nelson Mandela] and Barack Obama is that they were both the first black presidents of their respected countries, making Fairey’s poster and mural significant pieces of black history.