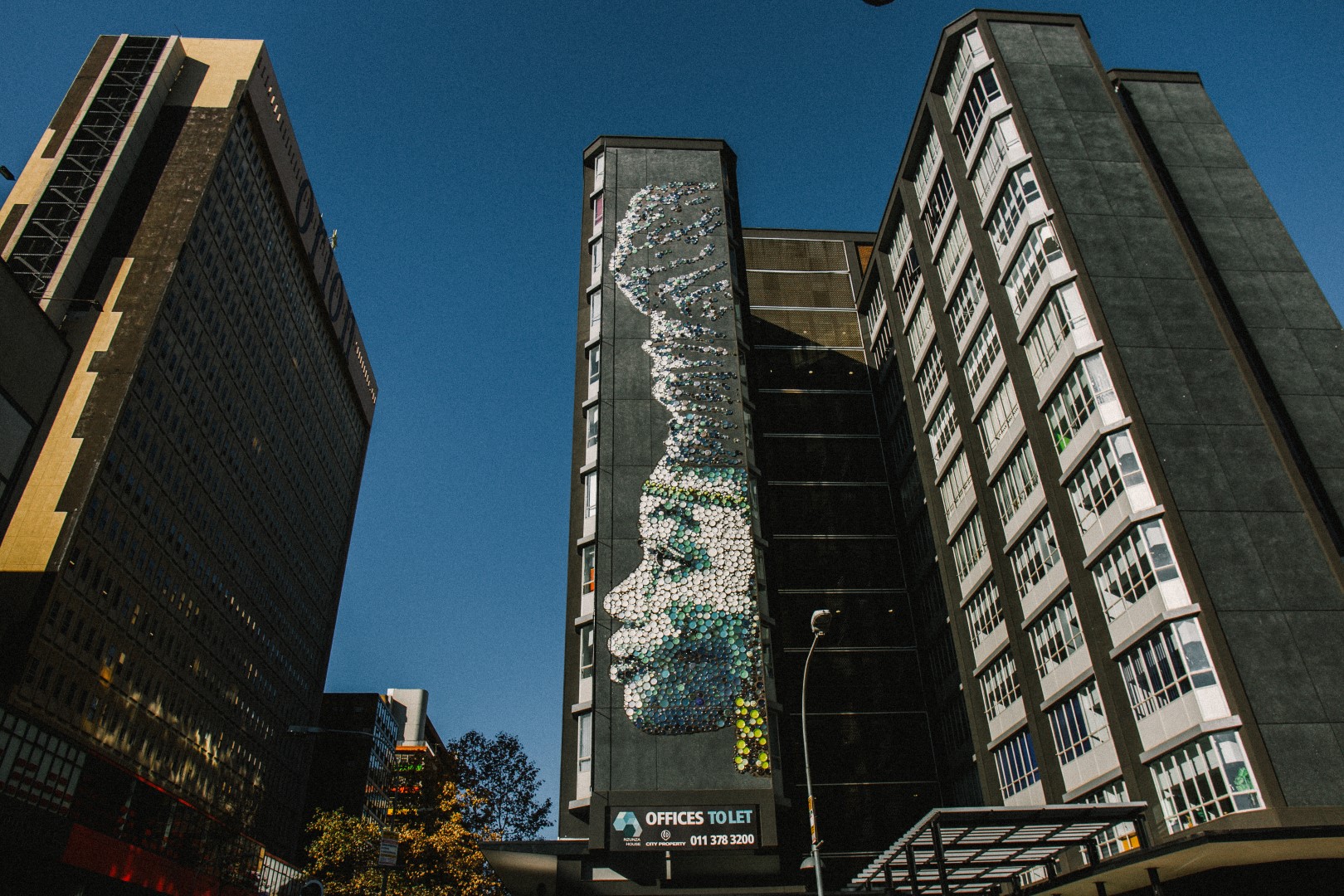 Our country’s history has shaped the rise of Johannesburg’s street art, the inner city is filled with artworks which commentate on our cultural zeitgeist. We have seen a growing number of artworks over the years and decided to put together an art series which concerns itself with the artists and history behind some of Johannesburg’s street art. This week, we take a closer look at one of the largest artworks to date.

As you journey through the city, you will find a mural on the corner of Melle and Jorissen street in Braamfontein titled ‘Ndzundza’. The 168-meter, ten-story ceramic tile mural by Hannelie Coetzee was inspired by the Ndzundza/Nzunza Ndebele people, as well as their interesting hair culture.

The mural celebrates how hairstyles from different cultures are being expressed in new and current ways. The Southern African Ndebele are an eMbo ethnic group who speak Southern Ndebele, which is distinct from the ‘Northern Transvaal Ndebele’ languages, usually known as SiNrebele or SiSumayela. They like to refer themselves as ‘AmaNdebele’ or ‘Ndzundza’ or ‘Manala’. They lived in the Highveld from the 1630s until the late 1600s, and like Johannesburg today, they embraced cultural inclusivity.

In her interview with Business Day, Hannelie Coetzee revealed that she often questions the purpose of art as a mere commentary on societal ills, and prefers using it to participate in life, solve problems, connect people and ignite dialogues.

She has managed to achieve that through this piece. Coetzee used ceramic plates to create a picture that can be seen from a distance, and speaks to the community that lives there. She spotted the blue plates at a Johannesburg pottery a decade ago and kept it in the back of her mind. When she was commissioned to do the mural, she selected monochromatic blue and turquoise crockery plates, saucers and bowls for the mural – and during the process, she also discovered that Swazi and Basotho patterns had been found in the Ndzundzu/Nzunza pottery patterns.

‘Ndzundza’ is one of the biggest public artworks in Johannesburg to date, built with over 2 000 plates.