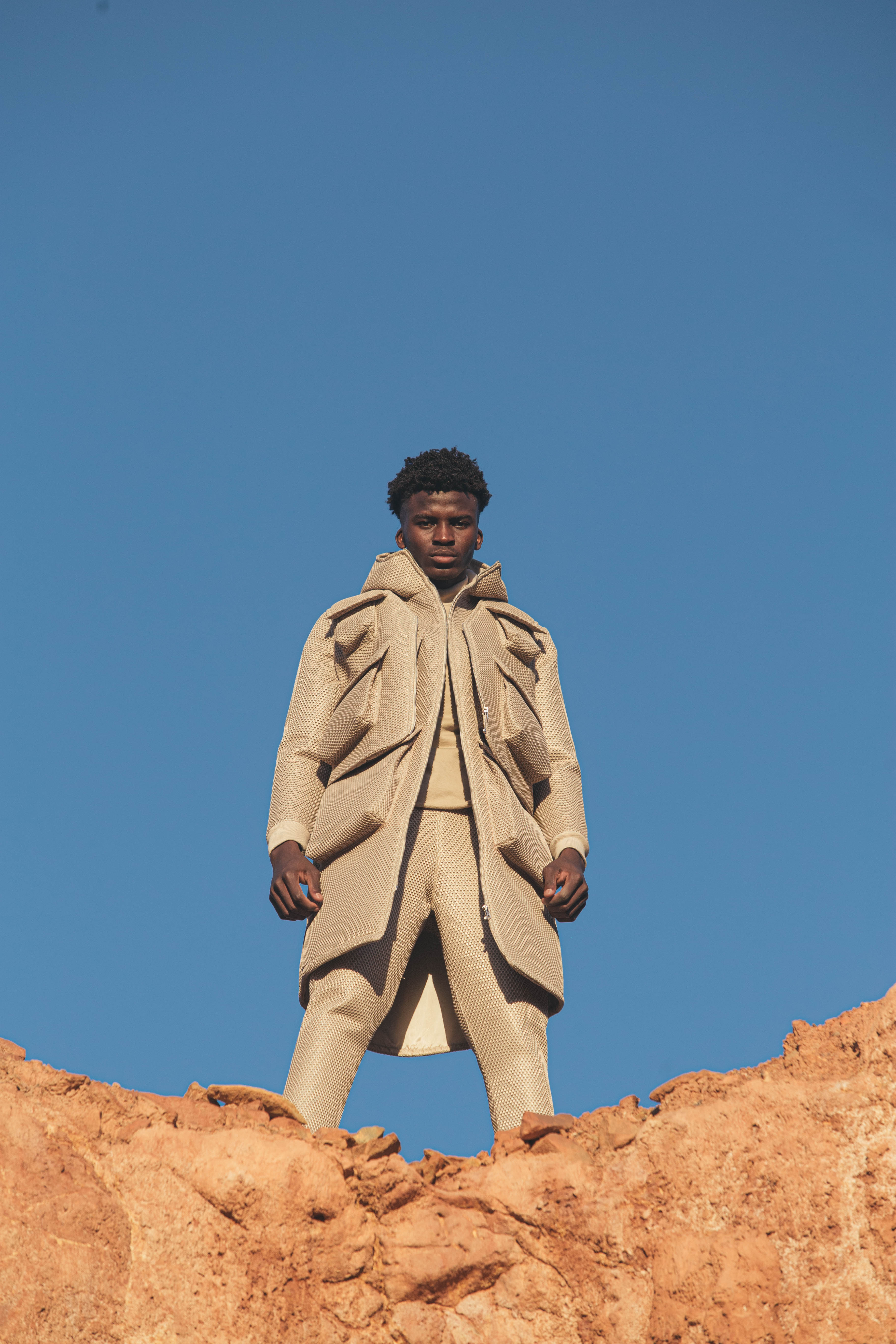 Joburg based visual artist and clothing designer, Sakhile Cebekhulu, recently launched his new capsule collection titled ‘Bantu Space Odyssey’, a well-put-together collection that transports you to the year 2076. The young designer launched the label in 2017 after having finished his studies at the University of Johannesburg.

Cebekhulu was inspired by Muzi’s track ‘Bantu Space Odyssey’, from his Afrovision album to come up with his fictional muse, ‘Bekindlela Mkhonazi’, Commander of the Azania Space Station – as well as his futuristic storyline.

It’s the year 2076, Africa has been the leading nation and in charge of the universe for the past 50 years after discovering that humans could live in space. The universe now looks to Africa for a hero; Bantu, Bekindlela Mkhonazi, Commander of the Azania Space station, Afronaut, Explorer, and traveller.

Our courageous hero is sent to help save the Bantu from DADA; ruler of the third dimension, destroyer of worlds, enforcer of evil who lives off our culture and heritage, which he is also trying to destroy. How ironic?

This season Cebekhulu provides utilitarian separates in high tech honeycomb fabrics in intergalactic shades of black, grey and sand. The looks are based mainly on large pockets – handy for storage of laser guns and oxygen bags.

Here are some looks from the collection: