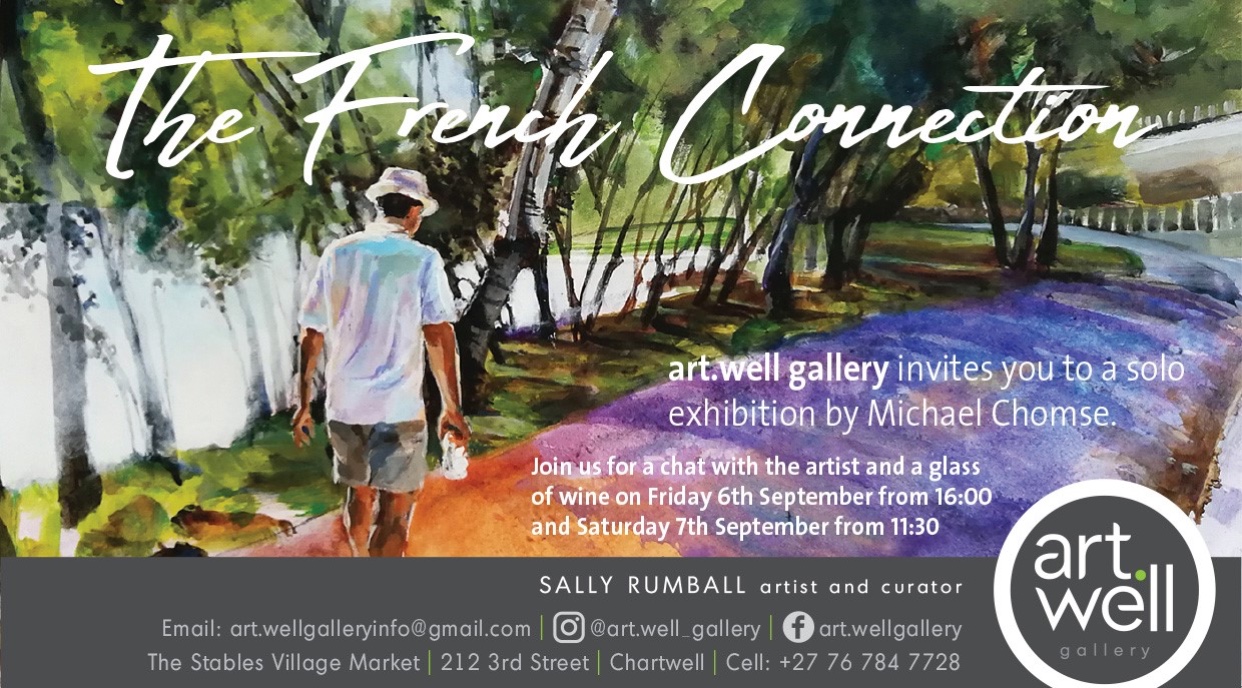 19 Aug art.well Gallery​ invites you to a Solo Exhibition by Michael Chomse

Coming up this September is art.well gallery’s very first exhibition with artist and storyteller, Michael Chomse. He will be sharing with us his experience of painting plein air (outdoors) in South Africa and Europe.

Chomse is familiar with decreasing his work to monochromes, brought on by Southern Africa’s harsh emotional and physical light. His latest experience of painting in Southern Europe’s gloriously smooth and welcoming light shows a color spectrum that his local job has never seen.

Chomse began his career as an artist forty years ago. Alongside art, he is also very passionate about film and has pursued a career in film-making. He created films about life: the hard times, the happiness, the despair, and ultimately about hope.

“I engaged with people through the discipline of documentary film, through storytelling. Over decades , I became adept at the art of crafting other peoples stories. But enough is enough. Right now I need to tell my own stories, but this time without a camera. Just the polished lens of of a lifetime of experience.”

For more information, see invitation below: