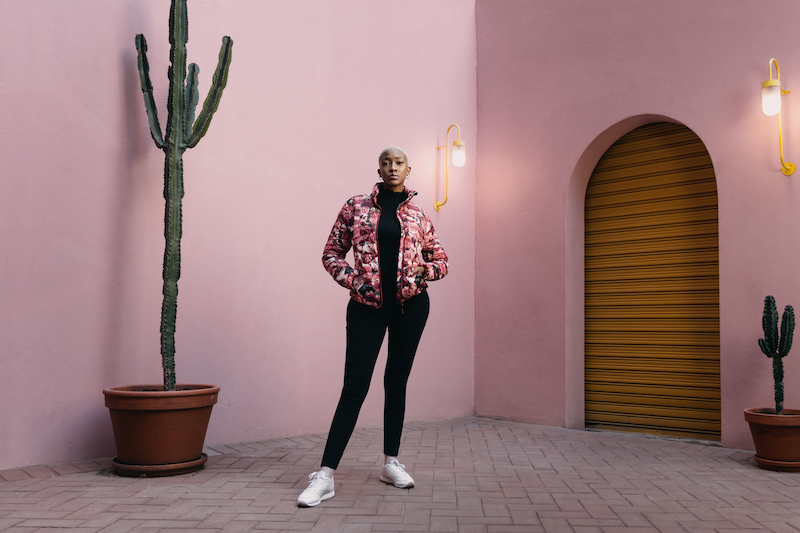 Posted at 14:39h in 10and5, Campaigns, Clothing by Thabang Buthelezi
0 Likes
[vc_row][vc_column][vc_column_text]

K-Way has been deliberate in producing the very best in technical and leisure apparel, making them the leaders in innovative design, technology and environmentally friendly business practices, no matter where you find yourself in the world. The brand boasts a huge South African fan base both locally and globally.

The vision behind the K-Way Co-Lab campaign is to light a fire in fellow South Africans – to be unapologetically themselves and express their individualism.

The chosen influencers for Co-Lab are Karabo Poppy (Illustrator), Twiggy Moli (Fashion Influencer), Locnville (Musicians) and Rush Tush ( Fitness Influencer) who are all trailblazers in their respective industries. Through this campaign, they will share their stories of success and inspire others to reach for the stars.

Karabo Poppy is a renowned Illustrator and designer behind some of the best and most popular murals in South Africa. She designed the graphics on Soweto’s popular towers [in Orlando] for Soweto Gold Superior Golden Lager. Last year, she collaborated with designer Faatimah Mohamed-Luke to create a design for Zoo Lake, Johannesburg.

Twiggy Moli is a film and radio production graduate from UCT with a keen interest in food, photography and travel. She is also the founder of Sleepless in Soweto and has over 37 000 followers on Instagram. A slow perusal of her feed reveals her fun, adventurous and glamorous personality.

Locnville is a South African electro hop music duo. The identical brothers Andrew and Brian Chaplin were born in New York, United States and raised in Cape Town, South Africa. Their debut studio album titled Sun in My Pocket was released in 2010 and proved to be a success. They were deemed the ‘buzz act’ at Midem International Music Conference in Cannes which resulted in them signing a worldwide deal with Sony Music International. Later that year, their single ‘Sun in My Pocket’ was featured in EA Sports game. The following year, they released their second album titled running to Midnight, and their last album was ‘Stars Above You’ was released in 2016.

Rushda Moosajee, also known as Rush Tush is a women’s personal trainer and founder of Rush Tush Glow Studio [ a women’s only training studio] based in Cape Town. She opened the studio because she wanted to create a space where girls could feel safe and secure. Rush Tush Studio is a place for like-minded women who share the same goals in a non-competitive and supportive way. Moosajee is currently completing a course in Nutrition at the Sports Science of South Africa.

K-Way, together with the four SA influencers want you to flex your unique style and design by entering their competition. 4 lucky K-Way fans stand a chance of winning a bespoke K-Way jacket designed their way.

Do you think you have what it takes to design a custom jacket? Keep your eyes peeled for competition details on http://www.kway.co.za/co-lab/ #KWayColab