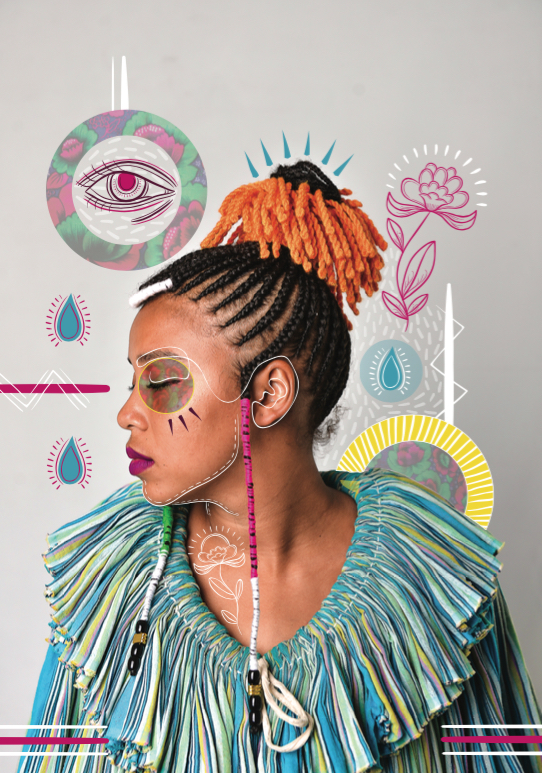 Posted at 10:34h in 10and5, Advertising, Collaborations, TV Commercials by Aryn Guiney
0 Likes

Sho Madjozi recently teamed up with Stayfree® in a campaign to promote open discussions around menstruation and related topics.

The star, who is committed to empowering young people, was the perfect partner for Stayfree®. Madjozi excitedly announced on Twitter “I wanted to stop the embarrassment around periods and give information, so I teamed up with Stayfree to create #insyncwithmadjozi. And they killlled it.”

Sho Madjozi (Maya Christinah Xichavo Wegerif) has steadily risen to fame locally and internationally as a uniquely South African rapper, singer, songwriter, actress and poet who incorporates the Tsonga culture through her music and public image.

The ad opens with Sho Madjozi wandering alone down a noticeably empty supermarket aisle, she breaks the silence (literally and metaphorically) by announcing boldly “Turn it up”. With the added graphics in the style of a social media ‘story’, this introductory scene engages the viewer as if in a one-on-one interaction. The artist, in her signature style of blended cutting edge fashion pieces, adds an air of vibrancy as she welcomes her audience to what she calls ‘The Loneliest Aisle’ – the section in the store stocking pads and tampons, where nobody wants to be seen!

Using this light tone and easy-going imagery, Madjozi draws attention to the phenomena of a prevailing stigma in our society surrounding the subject of menstruation. As part of this movement to address the issue of silence and open up conversations about periods, Sho Madjozi and Stayfree® collaborated in setting up a Facebook chatbot, that is accessible to anyone connecting via the Messenger interface. Aimed at instilling an approach of being comfortable talking about menstrual health, In Sync with Sho Madjozi provides information through audio clips of conversations between Sho Madjozi and a health professional along with relatable illustrations and text conversations. Users may also anonymously submit their questions and comments via the chatbot – a service that is available for free on Facebook’s Messenger. These queries will be answered by experts who are available as part of the system of support and communication being cultivated through the campaign.

The Stayfree® Facebook Page invites engagement with this down to earth approach and invitation, building on the brand’s Comfort Protect Promise™: “Got a period question? Let’s make PERIODS more comfortable to talk about. Connect on Messenger with Sho Madjozi to get advice”.