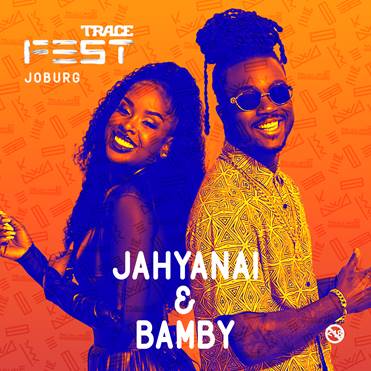 South Africa’s ultimate street bash TRACE Fest is set to take place at Disoufeng in Meadowlands, Soweto on Saturday, 07 September. Dancehall singers and songwriters, Bamby and Jahyanai, from the French region of Guiana have been added as part of TRACE Fest’s amazing line-up.

The iconic duo, hailing from the French region of Guyana – which surrounds Brazil in South America, will be bringing forth their musical style which is a mixture of sound variations. These include dancehall and blended Caribbean music with contemporary styles, electro and more club-oriented sounds.

Fans of True Music can also look forward to the Ballantine’s BTB stage on the lawns of Disoufeng in Meadowlands.

Tickets are now available on Tap Tickets for R120 and R150 at the door. Squad tickets are also available online, you can buy four and get one free. For more information on TRACE Fest visit www.trace.tv.