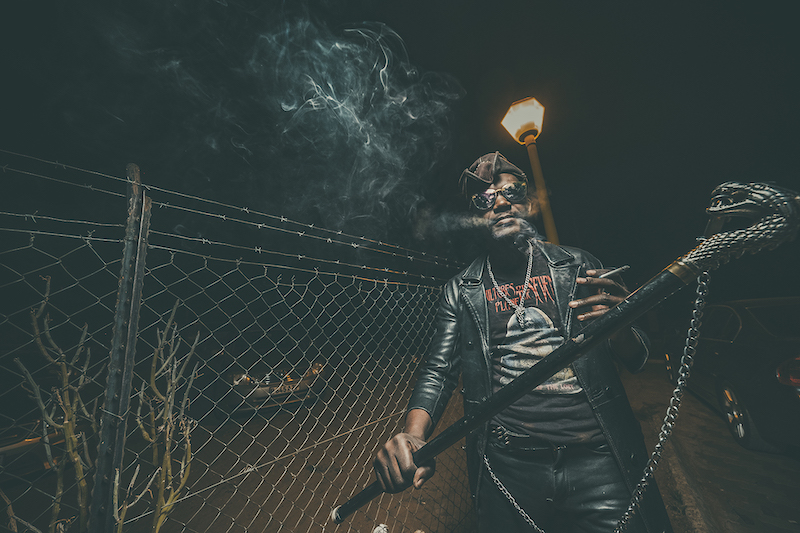 Posted at 16:22h in 10and5, Music, Photography by Thabang Buthelezi
0 Likes

Once a year, the sleepy town of Ghanzi in Botswana comes to life for The Overthurst Winter Metal Mania Festival. Hundreds of fans from across the continent gather at the Ghanzi Community Hall to witness the spectacular three-day festival. This time around, seasoned photographers, Lee-Roy Jason and Andre Badenhorst were there to document this epic event.

The annual festival celebrated its 10-year anniversary by partnering with alcohol brand Jägermeister, which has committed to auctioning ten exclusive prints taken at the festival and donating the proceeds to a charity in Ghanzi. More so, the festival organisers announced that a portion of the proceeds raised will also go towards resurrecting a tombstone for Overthurst’s late drummer, Suicide Torment, real name Gakeitse Botlhalentwa. Suicide was hit by a car and tragically died on Christmas Day in 2018 and according to the organisers, the community hasn’t been the same since.

The ten prints that will be auctioned were captured by Andre and Lee-Roy during their time at the festival.

“As I walked around partaking in the festivities, my reason for being there was clear. I had to document this festival not only for its visual appeal but also to inform other Black heavy metal listeners and enthusiasts that they are not alone, that there is a special place where they fit in, a place they can call their own. I am forever grateful to my Jägermeister family for helping bring this dream to life,” says Lee-Roy Jason.

“There is a joyous feeling when witnessing and capturing people who are swayed by the music they love, surrounded by the energy they understand, decked out in a spirited fashion that makes me enjoy what I do.”