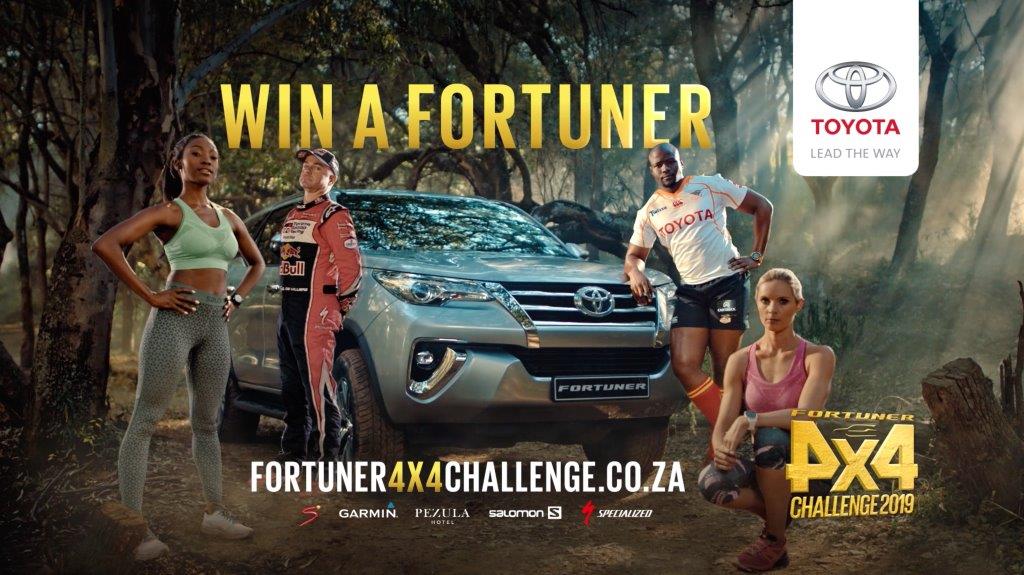 Advertising Agency FCB Johannesburg is behind the amazing new campaign aimed at promoting the 4th edition of Toyota’s Fortuner 4×4 Challenge.

The Toyota Fortuner 4×4 challenge, launched in 2016, matches four Toyota heroes with a member of the public as the pairs go head-to-head in a physically challenging two-day competition to claim the title, bragging rights, and an out-of-the-box Fortuner.

The agency was briefed by Toyota SA’s Advertising Manager, Zhandre Brandt, to up the ante on previous campaigns. This year’s campaign, which is a 360° communications solution comprising of four 15-second TVC’s showing off a unique skill for each of the four heroes, a 40-second TVC and Cinema ad featuring all four heroes, radio, out-of-home, print, and online elements – was created by Creative Director Tian Van Den Heever, Art Directors Janine Kleinschmidt and Fezi Mpembe, Copywriter Bonginkosi Luvuno and Digital Content Lead Lucy Holford-Walker.

To amplify the Challenge, the campaign also shows how the Toyota community can stand a chance to win a second Fortuner 4×4 by simply backing their favourite hero using one of the four hero hashtags (#OUPA4X4, #TAKKIES4X4, #GINIEL4X4 or #KIRSTEN4X4) on any of the official social posts on Facebook, Twitter and Instagram. ‘Back Your Hero’ entries can also be done via the competition website .