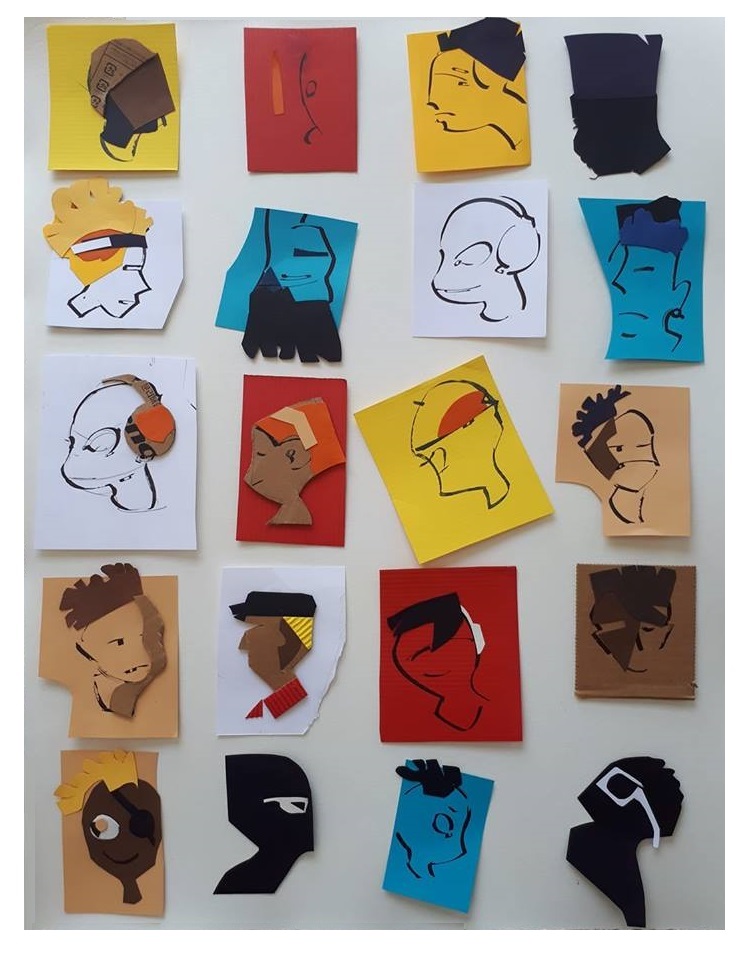 His work was recently exhibited at the Zeitz Museum of Contemporary Art Africa, Zeitz MOCAA (2-5 July 2019) in the framework of the Emerging Artists Capacity Building Programme (City of Cape Town).

Through his work, Patrick intends to bring about disruption in the representation of Africa.

Despite having a formal background in painting, his way of thinking is like that of a graphic designer – this is why he chooses to create paper cutting artwork and collages. From time-to-time, he utilizes oil paint as well as mixed media.

Using collages and paper-cuttings helps Tankama achieve more freedom in his layout; the medium also reflects on urban culture’s confusion and obsolescence. He also uses paper to create a 3D effect by up-lifting patterns and creating shadows. The main benefit of the medium, from his perspective, is the fact that he can change his mind, deconstruct the picture and rebuild it again from scratch.

Tankama utilizes bright colours which evoke feelings of happiness. However, he has also started using brown and darkish colours, from the black skin tone of his characters.

These artworks are part of a body of work entitled ‘Anatomy’ which aim to represent the dynamics of the human postures, more specifically the female anatomy. He makes use of the low angle perspective to convey a sense of monumentality to his figures. To add more depth to his work, he creates a narrative to link it to literature, history and poetry.