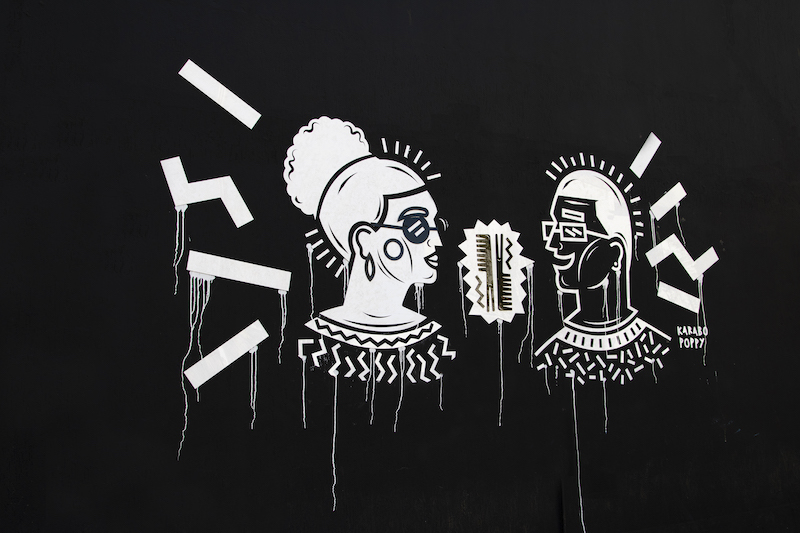 Posted at 18:34h in 10and5, Art, Collaborations, Illustration, Street Art by Thabang Buthelezi
0 Likes
Formerly known as Stylin’ Dredz, Stylin’ is all about owning individuality, styling your story and standing out in a way that is encouraged and celebrated.
In 2018 Stylin’ introduced The Creative Conquerors – a collective of creatives in various disciplines who have crafted their careers and seen great success doing what they truly love. They embody the Stylin’ ethos and use their art forms, self-expression and creativity to help reshape the world we live in. 2019 sees a new group of Creatives Conquerors joining the movement.

The 2019 Creative Conquerors chose a location in and around Johannesburg CBD and added their creative touch to curate signature urban art installations. These installations will act as landmarks for the Stylin’ City Art Tour-which is available for the public to experience at no cost for three months. Consumers will have the opportunity hop onto a Stylin’ Bus and take the tour to visit these installations while learning about the inspiration behind each piece of artwork-taking in an authentic Jozi experience, as the backdrop to the creative flair provided by the Creative Conquerors.

Meet the Creative Conquerors:
Big Zulu
Big Zulu is a musician who entered the entertainment industry straight out of the taxi rank and swept through the local showbiz scene, stretching his tentacles from soapies to music and TV. He is unique for reinventing Maskandi in a rap style.

Karabo Poppy
Born Karabo Moletsane, she is an Afropolitan multi-award-winning street illustrator and graphic designer. She has taken her place in influencing our spaces through her signature cultural and afro-futuristic visuals.

Boipelo Khunou
Boipelo is a young talent to look out for on various platforms. She is establishing herself as a powerhouse in the creative scene. Her beauty-focused shots hero hairstyles and makeup.

Nikiwe Dlova.
Nikiwe is a hair artist who fuses traditional and forgotten African hairstyles and turns them into modern-day hairdos.

Enhle Gebashe.
Enhle is undeniably one of SA’s youngest rising stars. She loves to draw and design her own bespoke pieces. The 11-year-old fashion designer is also the founder of Enhle Babes Couture, a children’s brand specializing in glamourous African prints that are custom made.

Charly Makwanya
Charly’s design style is defined by a combination of African-Europe art, which is influenced and inspired by the perfections and imperfections of reality and nature. In most cases, his style is guided by abstraction, emotion, human personality and attitudes, Christian religion and morals.

Max Mogale
Max has always been fascinated by the finer details that make up the vibrant urban landscape of youth culture. His work is renowned for its unique style and versatility.