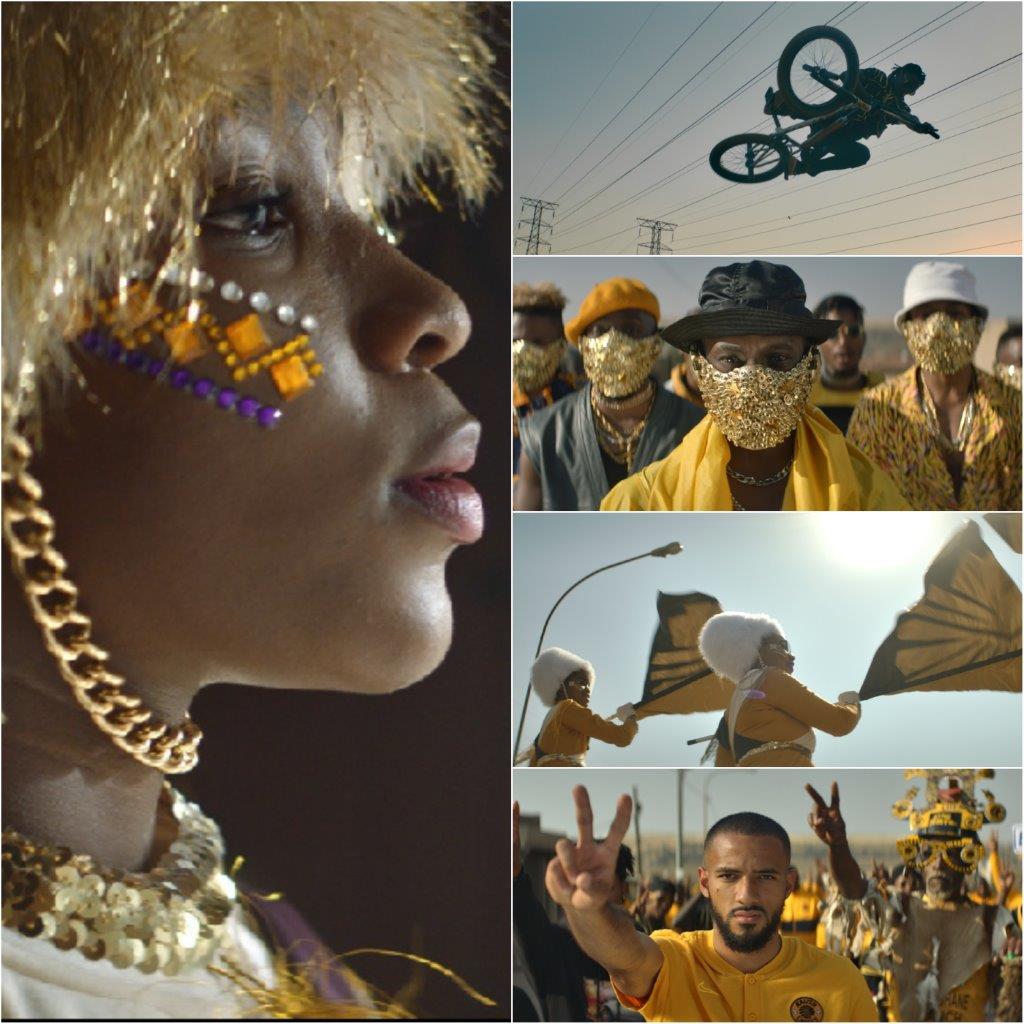 Posted at 10:39h in 10and5, Advertising, Featured, TV Commercials by Thabang Buthelezi
0 Likes

The new campaign for Wunderman by Egg Films’ Lebogang Rasethaba for the 2019 Shell Helix Ultra Cup is a vibrant glimpse into patriotic South African soccer culture.

The two spots making up the campaign bounce off of each other to play up to the rivalry between two giants of South African football – Mamelodi Sundowns and Kaizer Chiefs. The two teams are set to go head-to-head on the 12th of October 2019 at the FNB Stadium.

The aim of this campaign, as outlined by Shell Brand Manager Devisha Ramdin, is to increase awareness of this second installation of the Shell Helix Ultra Cup, a prestigious fixture in the annual soccer calendar, and to get the fans out to support their teams.

“The Wunderman creative team led by Theo Ferreira and Thembalethu Msibi challenged me to make two equally compelling ads that show the real culture behind each team,” Rasethaba explained.

“To accomplish this, I set out to create two ads that really stand out and catch your attention, but without resorting to the expected visuals. I didn’t want to just show the vuvuzela-blowing super-fans we are used to seeing.”

Ultimately, Rasethaba created two striking ads that – in isolation and as a series – succeed in answering the question ‘What is a modern-day soccer fan?’

The ads were shot over four days on location in Soweto and Mamelodi on the teams’ (and their fans’) home-turf. It’s this authenticity that leads to the fascinating exploration of the different ways that fans express their support. Instead of the stereotypical soccer fan imagery, we see choir-singers, bikers, skateboarders, and dancers. These are real South African soccer fans.

Rasethaba gets to the heart of the unique culture of each team, the colorful, hearty, realness of Kabo Yellow, and the slick, street smart attitude of the Amakhosi. The fans featured in the ads, and atmosphere created in each video, are real, relevant and essentially an authentic representation of the different flavors of South African soccer culture.