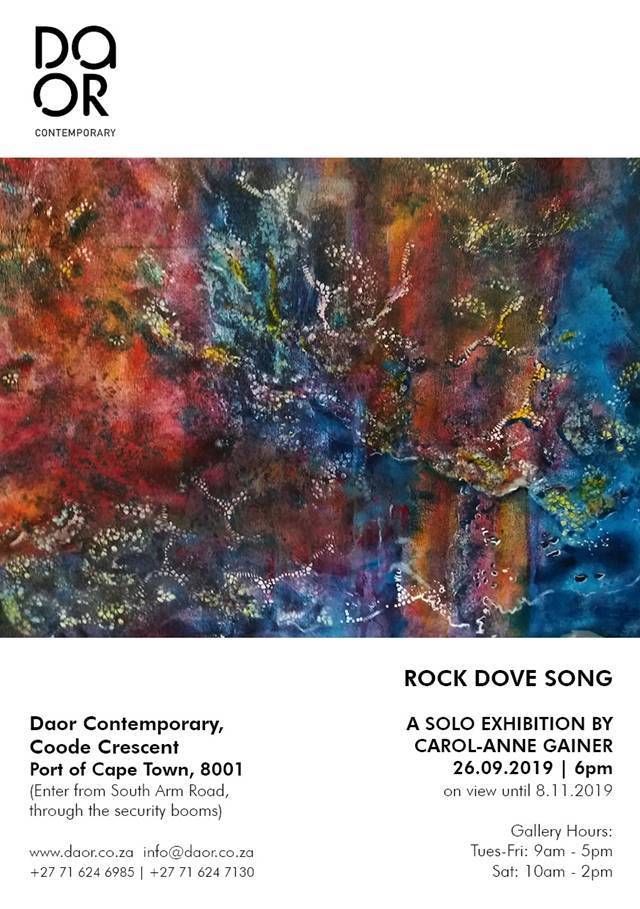 In recognition of October as Mental Health Awareness Month, Daor Contemporary is pleased to present a solo exhibition by Carol-Anne Gainer; whose body of work is a response to her experience of dealing with her own circumstantial battle with mental health issues.

Gainer works across a wide range of media; with the materials being as significant as what informs her ideas and contexts. She often adopts the use of unconventional materials – such as psych-meds, urine, and ceremonial powders, to create work as a vulnerable yet powerful commentary on her own healing and a recognition of the suffering endured.

Over the past two decades, Gainer has centered her work around the body, place, and spirit; particularly the invisible ties that bind us together. Her work is visually and spatially ambiguous, containing multiple levels of meaning and embracing contradiction – almost actively resistant to a central idea, aesthetic, or fixed point.

“For a period of sixteen months from Dec 2012- April 2014, I suffered a mental health breakdown sparked by loss, a sustained period of unbelievable terror. I experienced a full-blown, 24/7 panic attack, for 16 months I hung on, I had come undone,” she shares.

“Now, somewhat light-heartedly, I refer to this highly anxious period in my life as a ‘faulty phase’.”

Gainer further expresses that it took only three days, with the right treatment, for her to peep out from under the covers of her psych-ward hospital bed, another three weeks and she was discharged under care.

“Four weeks after being discharged, along with my childhood friend, on a dark starry night in the KZN Berg, lying on the grass looking up at the stars I felt, once again, that old familiar connection. The feeling of being conscious of being alive; of being part of a bigger whole, of being so small and yet so significantly here. I was alive, the stars were alive,” Gainer says.

Check out the exhibition at Daor Contemporary in Cape Town, on show until the 8th of November 2019.