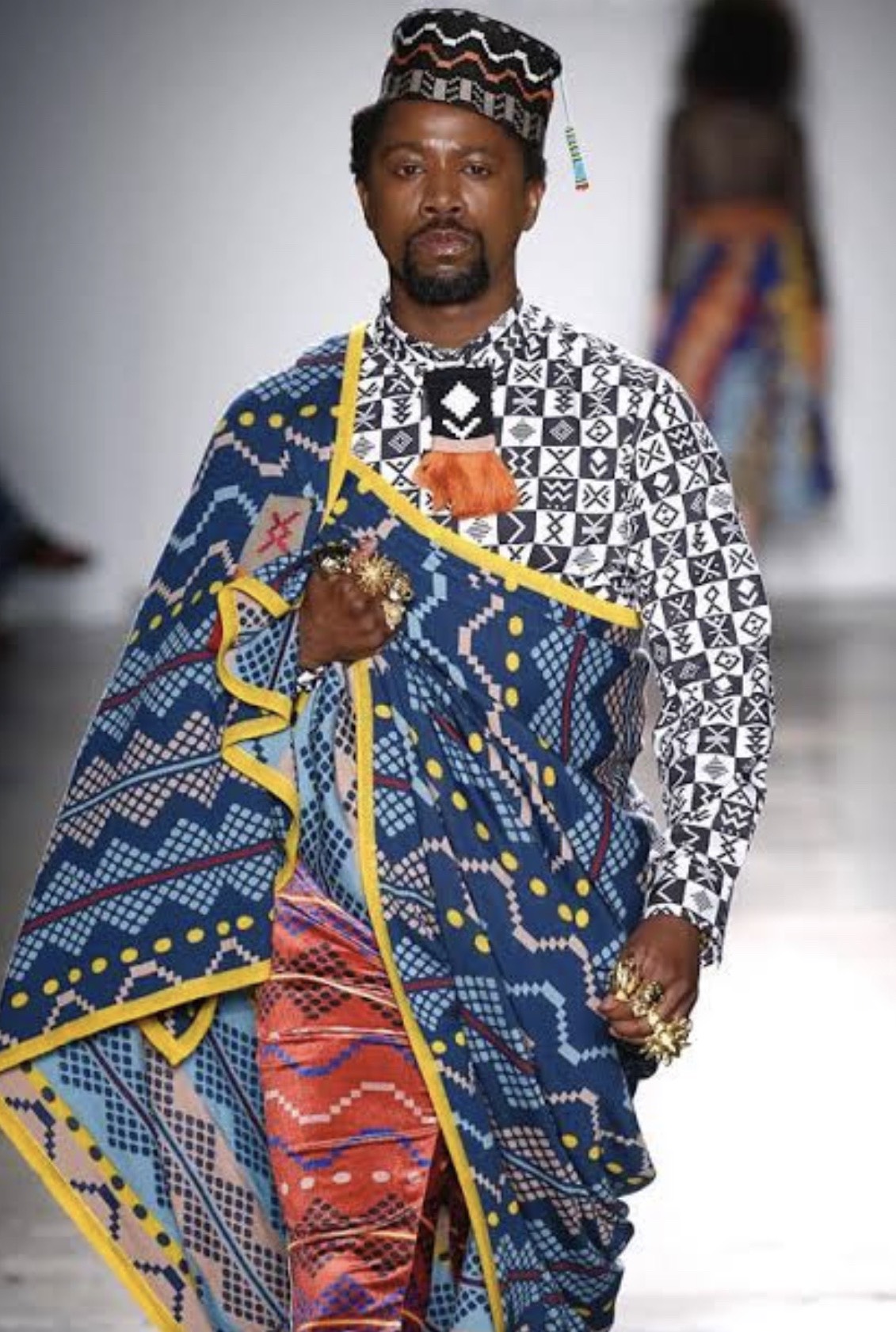 Fashion blogger and avid traveler Zeus Feni flew to the United States of America for New York Fashion Week where he got some behind the scene snaps of Maxhosa’s Collection Kings & Queens.

“The whole hunger for the African aesthetic has been there for decades. It’s just that now it is bigger than it ever was. Black Panther did show African fashion in the right way. We and a lot of brands [in South Africa,] are about moving out of the curio space — where it doesn’t belong — and creating a more refined, elegant way of presenting ourselves. We are destined to play a major part in the world through music, fashion, and design,” said Laduma during an interview with Hollywood Reporter.

“The statement to me is that royalty doesn’t have to be attached to the monarchy or royal blood. It’s saying that every African person, every black person, is a king and a queen, and they should look at themselves in that way and never diminish themselves among society; they must look at themselves in a more optimistic way through clothes, because that is the first impression, before you even open your mouth, people see what you wear. That is how we should represent ourselves.”

Ngxokolo showcased alongside Belgian-born Mozambican designer Eliana Murargy as part of the ‘Made in Africa’ show at Pier59 Studios.