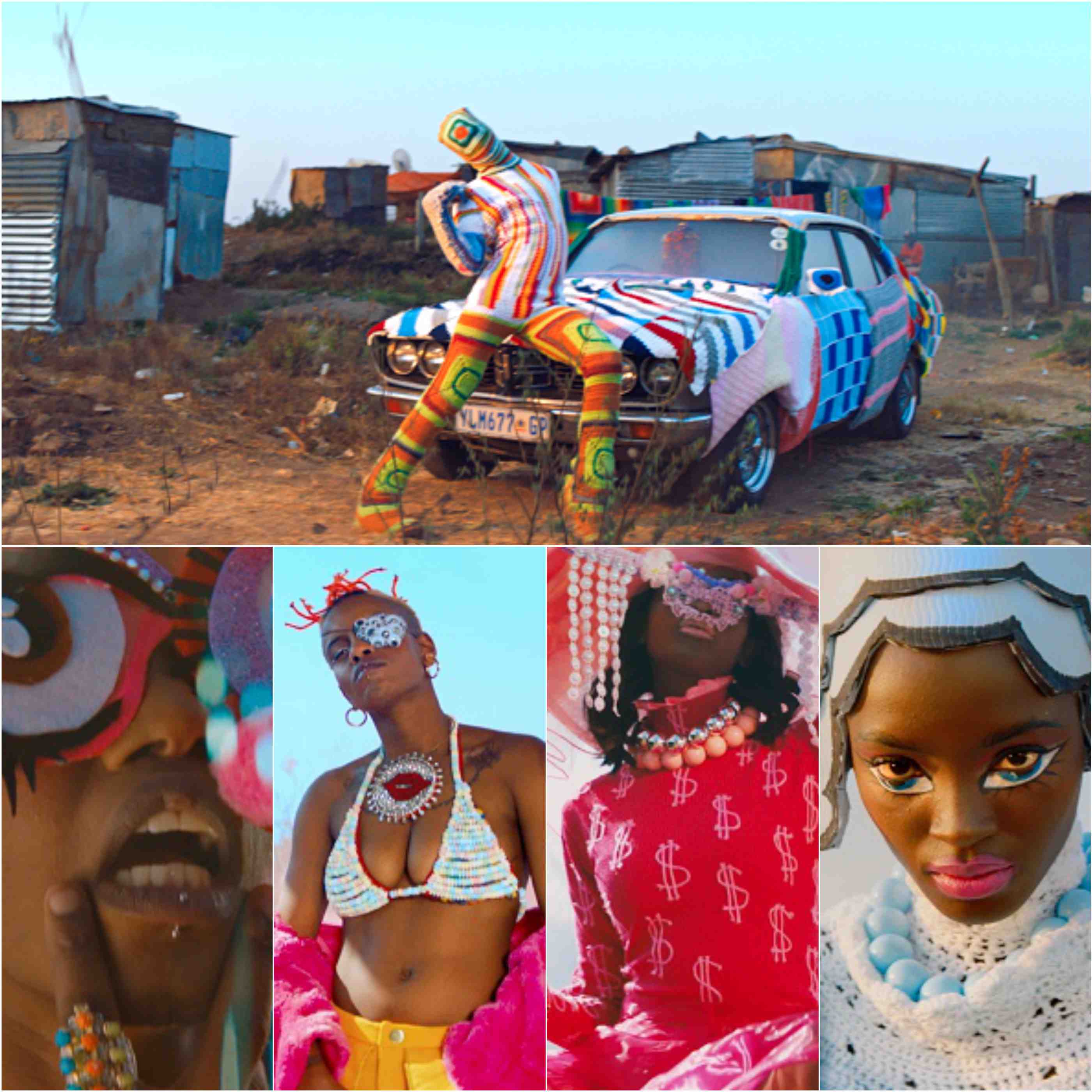 When South Africa’s very own superstar Toya DeLazy asked Egg Films’ Kyle Lewis to take a break from directing commercials to help her bring ‘Afro Rave’ to the world, he happily obliged.

The ‘Funani’ music video is somewhat of a comeback track for both Lewis and DeLazy, with Lewis back in the familiar music video director seat.

Lewis was immediately intrigued. “We have been trying to collaborate for years, so when I heard about Toya’s ‘Afro Rave’ concept, I immediately had so many ideas to bring it to life. I called her up in London where she now lives and asked ‘I have a gap in my schedule, can you be here in a week?’ Sure enough, a week later we were shooting in the heart of the Tembisa Townships,” he said.

‘Funani’ is a notable divergence from the happy pop music we have come to expect from Toya DeLazy, and her new hard-hitting African inspired sound is something she has dubbed ‘Afro Rave’.

Knowing just who would be able to translate the ‘Afro-Rave’ aesthetic into fashion, Lewis called on designer Blünke Janse van Rensburg for outfits and styling. For the rest, Lewis and team had to get hands on. Most of the props and décor seen in the video were made by himself or his team members, including the zany eye masks, head gear and comical sock puppets. The ingenious crochet car ‘doily’ and bodysuit, were made from 14 crochet blankets which Kyle had to barter with a Plett dog charity for.

After just one crazy week of preparation, the whole shoot itself flowed so seamlessly that it took just 8 hours to complete.

This behind the scenes frenetic energy and the hand-made aesthetic just adds to the raw, colourful and off-beat township- chic atmosphere of ‘Funani’. The video itself, while wrapped up at warp-speed, is incredibly intricate and detailed. Do yourself a favour and watch it over a few times, you’ll notice some new, interesting detail with each watch.