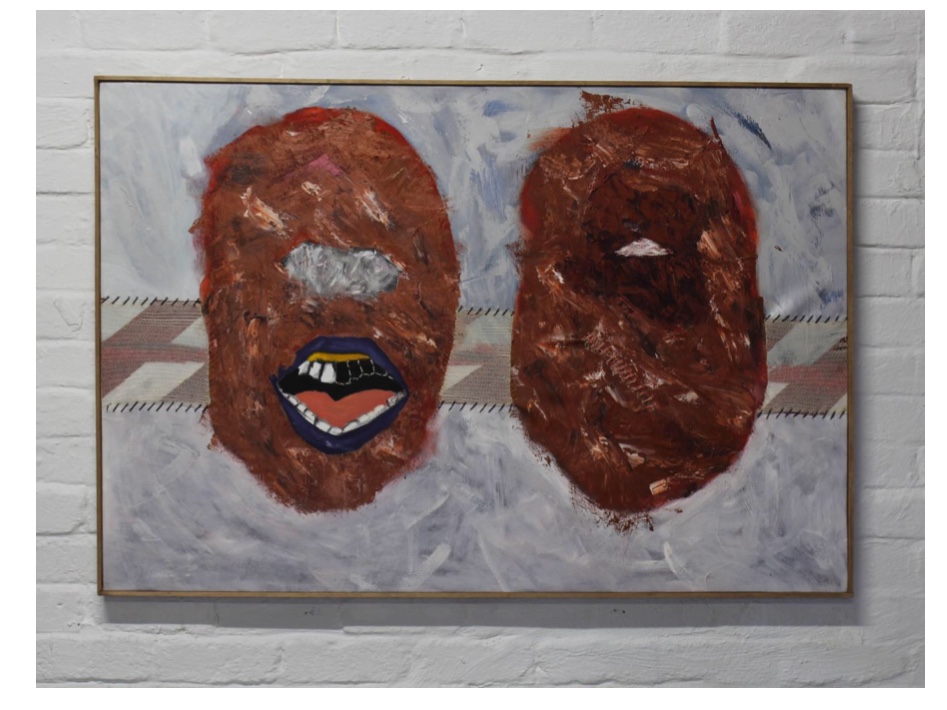 10and5 is dedicated to bringing you talent from across the South African creative industry by providing a platform for emerging creatives to showcase their work to a wider audience. Driven by this dedication, we have put together a new initiative, the Artist Acceleration and Exposure Programme (A3E), which aims to upskill emerging artists across South Africa, offers a platform for talented artists to reach new markets, and helps them break into the art scene.

Born in the Eastern Cape and raised in Cape Town Lwando Dlamini began his career in fine arts after graduating from the Ruth Prowse School of Art in 2017.

Dlamini’s art is inspired by the color of oil paints and mixed media, the resilience of the human body, the damaged township living, the injustice of police brutality and society as a whole. He merges these subjects together to raise awareness of the broken body and particularly focusing emphasis on memory loss. These topics are the product of his own personal experiences of illness, violent physical injury and reports of near-death experiences.

Dlamini was recently part of a group exhibit titled tete-a-tete at the Absa Gallery- Johannesburg (2019). The artist has been included in numerous group exhibitions before, including the FNB Jo’burg Art Fair 2018 held at the Sandton Convention Centre.

Some of his accolades include being awarded the David Koloane award in 2018 from the Bag Factory Artist Studios.

In 2017, in collaboration with Everard Read and the Centro di Luigi Sarro, he worked as a photographer and chaperone for Italian artist in residence, Valentina Colella at the Ruth Prowse School of Art.

Through his work, the artist attempts to pose questions about the fragility and complexity of the human body. There is a personal symbolism emerging through stitching together clues about sensibility, vulnerability, memory loss and cross-examination. Dlamini also interrogates both the limitations and the possibilities of the body in the face of violence, while simultaneously exploring the preciousness and delicateness of life. These aspects of fragility become apparent at tragic occurrence.

The ongoing theme of personal violence is something that he has experienced directly since early childhood – he was paralyzed and survived a prolonged coma when he was 10 years young. A decade later, he was brutally attacked by corrupt South African police, resulting in a severely damaged cornea.

The works have simplicity and specificity that evokes compassion and understanding in the viewer, while questioning what lies beyond the surface.