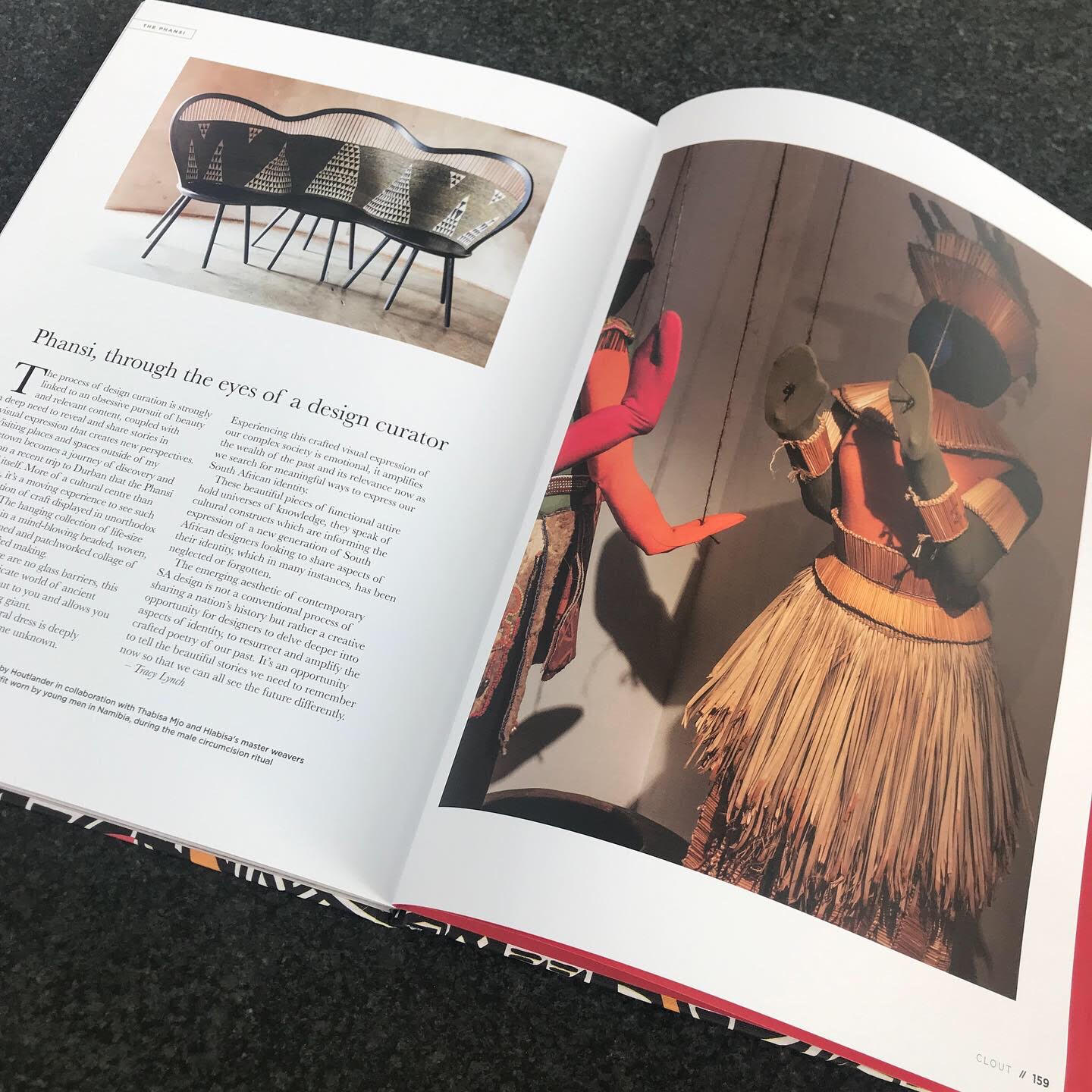 South African design is thriving as never before – in part due to the support of Nando’s notable design programme, Clout, which showcases a host of creatives on its various platforms. The global restaurant giant is one of the biggest exporters of local design – its support for the industry extends to its Hot Young Designer competition, the print magazine Clout, and the online catalogue and purchasing platform Portal to Africa, which has facilitated more than R34m worth of design sales to date. In July last year, it spearheaded Nando’s Business Development Support Initiative to support design businesses.

To enhance its print oeuvre, Clout has brought out a gorgeously curated design compendium of the work and big names most closely associated with the Nando’s brand, in particular the hotter-than-hot designer-makers represented on Nando’s Portal to Africa website.

Titled Clout / A heartfelt celebration of South African design, this 160-page A3 coffee-table book provides a rich visual take on contemporary design culture. Curated by Tracy Lynch, edited by Malibongwe Tyilo and designed by Jo Skelton, with contributions from Lin Murray it showcases everything from furniture, fashion and the creative processes of designer-makers to the interiors of Nando’s stores around the world. Augmented by case studies, interviews and probing essays, the book fills a gap in the evolving story of South African creative expression.
The book was launched to great fanfare at a garden party hosted by the British Consulate, which took place in Johannesburg during the first week of October. There were more than 300 guests in attendance, including the Duke and Duchess of Sussex, Graça Machel, government ministers, and potential investors.

The up-to-the-minute publication highlights award-winners from Clout Designers’ Industry Days Fired Up By Nando’s, a competition for rising talent that was held on 9 and 10 August 2019 at 100% Design South Africa 2019. South African designers were invited to pitch concepts and prototypes in the hope of having their work selected for inclusion in Portal to Africa and ultimate commissioned for the interiors of Nando’s restaurants around the world. While 26 extraordinary young designers were shortlisted, only four could win; Glorinah Mabaso of LED Interiors, Rene Forbay of RF Designs, Siyanda Mbele of Pinda, and Khosi Leteba, designer of the Bodulo Collection. The winners have been given a year-long mentorship from the Nando’s Design Programme as well as a complimentary exhibition stand at 100% Design South Africa 2020, Africa’s leading design trade show.

A limited number of copies of the book are still available for purchase. Follow Clout on Instagram.