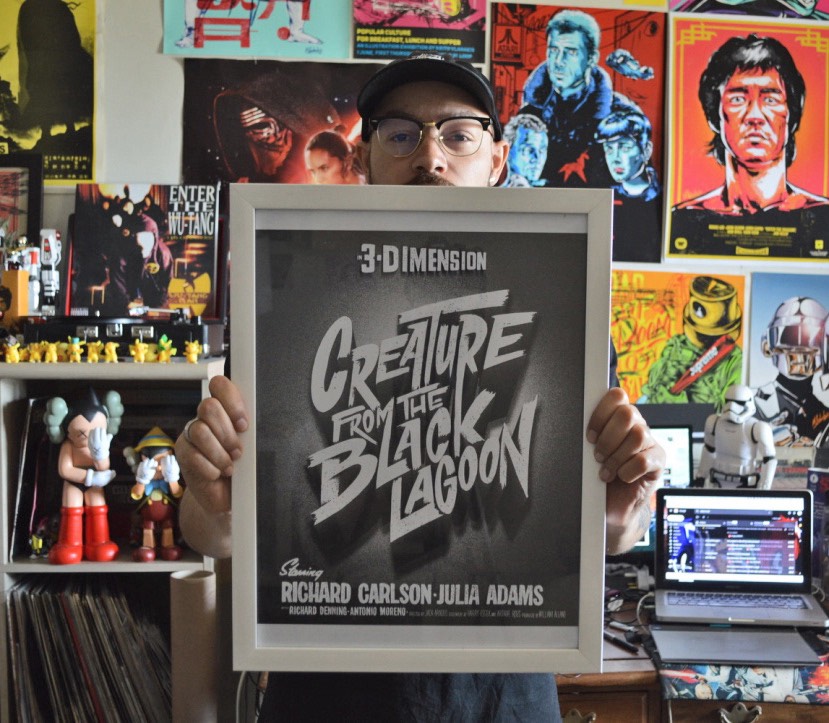 Posted at 09:25h in 10and5, film, Pulse, typography by Thabang Buthelezi
0 Likes

“Every second day during the month of October building up to Halloween, I re-watched one of my favourite horror movies and then created a typographic reinterpretation of the movie after. This is a stretch project that will probably be ongoing as there’s so many more horror classics to revisit and interpret.“

When asked what inspires his art, he said: “I get my inspiration from everywhere around me, but mostly – popular culture; its power, place, and influence on us. My work is a reflection, re-interpretation, and distortion of the imagery, music, films, art, and news that we are bombarded with on a daily basis. e.g. an article on WW2, a speech from Nicholas Cage in Lord of War, a 1980s Wrestlemania poster, cartoons, video game artwork, a speech I watched from a politician on TV or a verse in a song I hear.”

“We are constantly bombarded with visual media and we almost live from screen to screen. Cellphone to a computer, to a TV. So I’d say my content is very much influenced by the mash-up of culture we are exposed to on a daily basis and how we all react to it. I often laugh to my friends saying that I’m ‘hopelessly Americanised’ and brainwashed by pop culture and that by me admitting that, it is the first step to creating something honest without boxing my creativity because of being where I’m from,”

“My personal experience of everyday life has a huge role, we always draw from our past or current experiences. I spent some time living in Latin America before moving to Cape Town and the culture there had a big influence on my work, from the language to the music, gang culture, politics and everything in between.” he concluded.

Follow Keith on Behance to view more of his work: