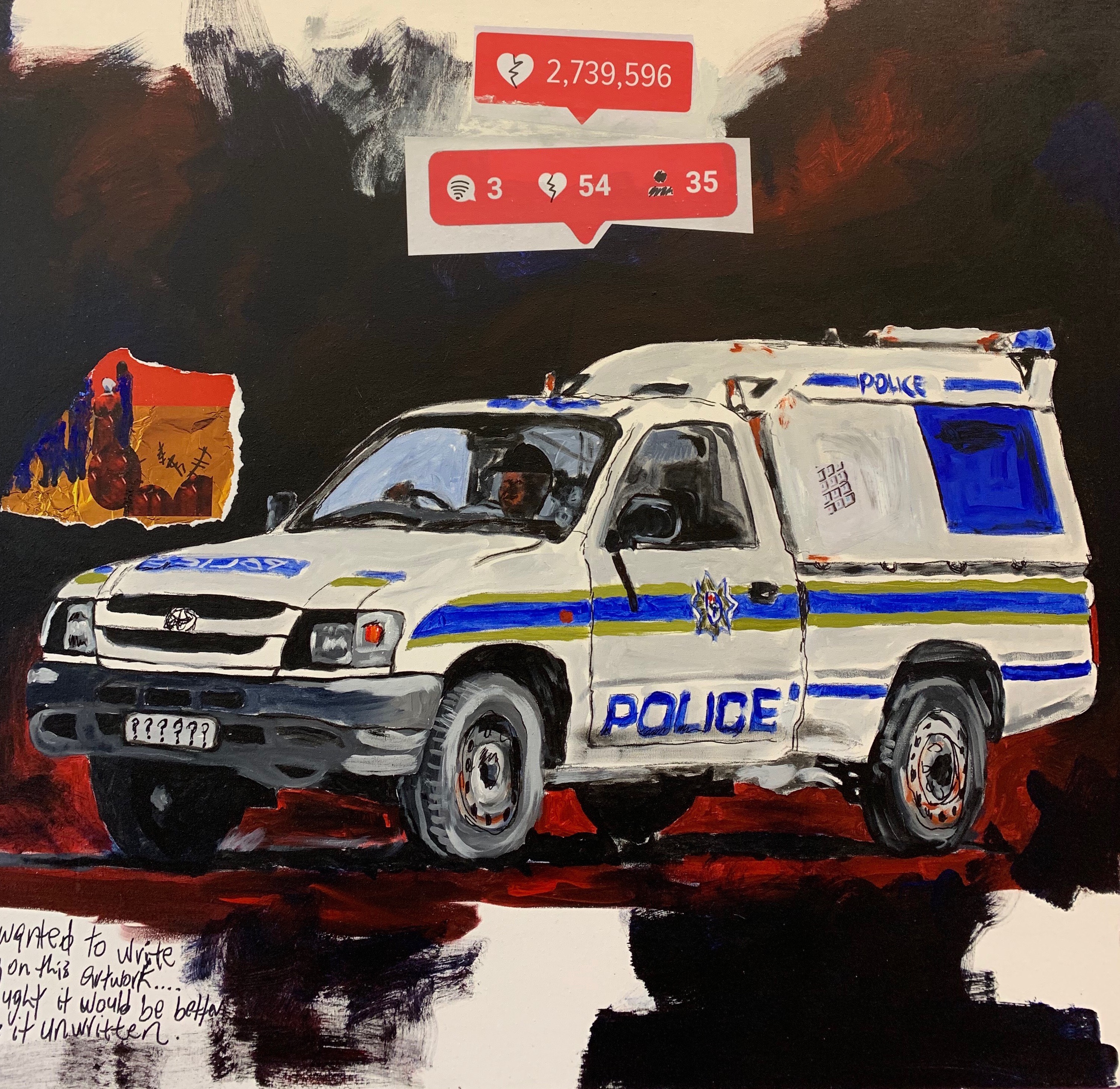 South African Multimedia Contemporary Artist Sphephelo Mnguni has been invited to an Art Residency in Bremen, Germany starting from the beginning of November 2019 until February 2020. Sphephelo’s invitation to Bremen in Germany came through an art residency project that he applied for in 2018.

A professional art studio has been allocated for his creative practice during his stay in Germany, and he will also be interacting with a few artists from other countries who’ve also been nominated for the same residency and will be having art exhibitions in between, in addition to visiting galleries amongst other art-related activities.

“I know some people perceive this as an opportunity for me to showcase myself in Europe, but I see this rather as a chance for Europe to actually learn about the contemporary South African culture and what it means being black today from a direct African perspective,” said Mnguni.

“All we’ve known is European histories, and now is time to shine the light on the African continent” Mnguni concluded.

Sphephelo Mnguni is a young multimedia contemporary artist from Durban, Umlazi Township. He completed a Bachelor’s Degree in Fine Art at the Durban University of Technology in 2016 and graduated in 2017.

Mnguni has displayed his work in a variety of galleries in Durban and is very active in Durban’s street art scene – having made several murals in and around the city. In 2017, he created a monumental collage installation titled Compositionz, curated by himself and Matthew Ovendale at The Other Room Durban.

In addition, Mnguni worked on a short movie titled “Windows of Solitude” in 2015, which was produced and directed by Ndumiso Mnguni. The film won the ‘Emma Smith Scholarship Award’ at the Durban University of Technology. The creative involvement in “Windows of Solitude” inspired him to produce his very own film in 2016 titled “Staircase: Ubuqhophololo” which he made part of his Bachelor’s Degree, and further landed him a nomination for the Emma Smith Scholarship Award.

Mnguni’s work is a creative investigation of the contemporary South African status quo, mainly focusing on social classification relating to other sociopolitical issues. His practice is largely influenced by having to travel by public transport, from an underprivileged township space to a more developed suburban environment.

His investigation is propelled by the hierarchies and inequality observed through his daily travels. Mnguni tries to figure out the root cause behind these realities.