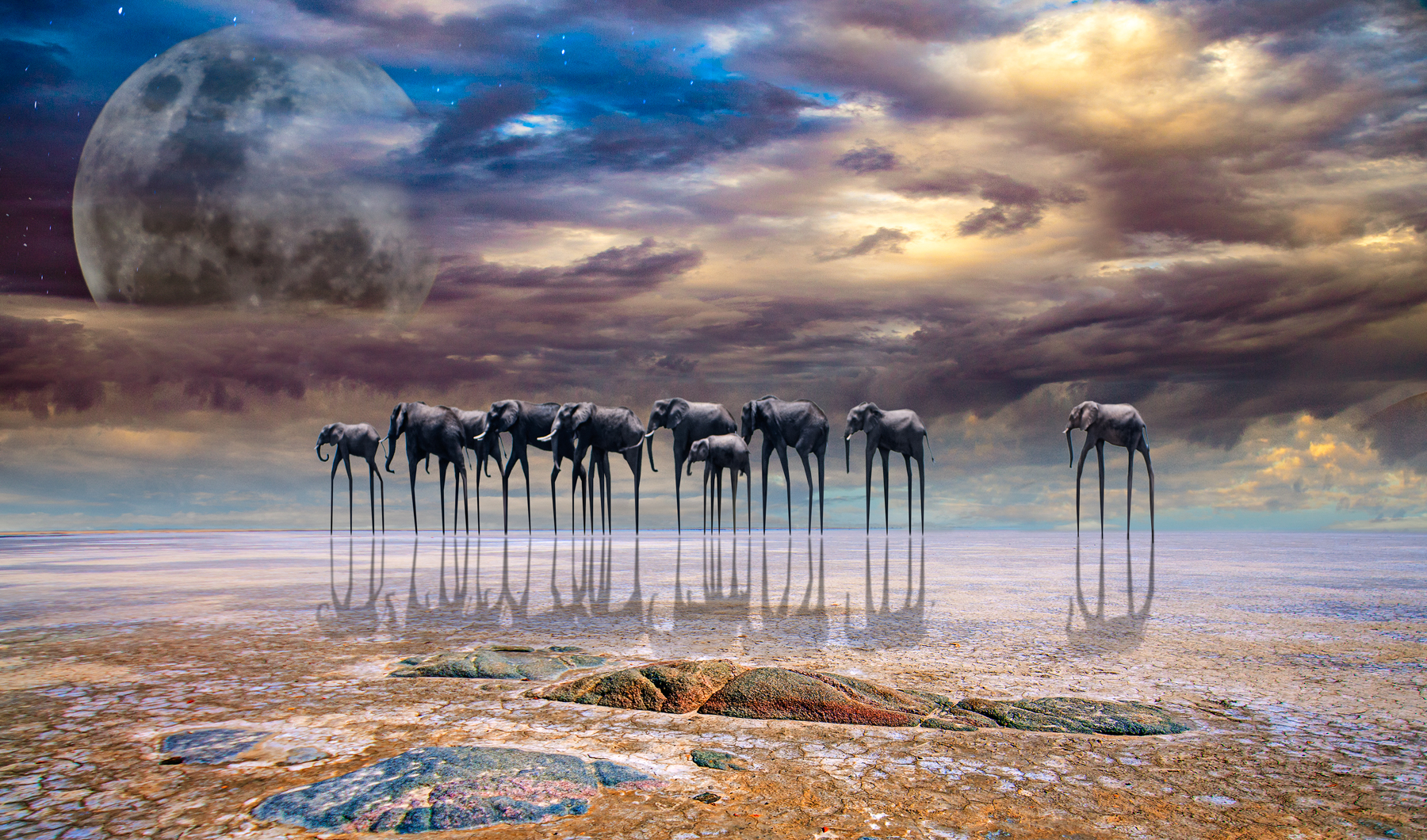 The winners of the inaugural Africa Photo Awards were announced last night at a gala event held at the Keyes Art Mile, Johannesburg.

Hein Waschefort won the Photographer of the Year awards for his fine-art image Where the Moon and Tusks Collide. This dreamscape composition blends together photographs of elephants, the moon, clouds and landscapes, taken by Waschefort over a number of years.

The Africa Photo Awards is a non-profit competition that showcases the best photography from the continent, sponsored by FUJIFILM South Africa and QPhoto ProLAB. The spirit of this competition is centred around collaborations and community building through an alliance between photographers.

Overall, the Africa Photo Awards received 1580 entries from 15 countries across the continent. There were nine categories for which photographers could enter, with the category winners as follow:

Each of the category winners were in contention for Photographer of the Year, and it was Waschefort who was awarded the overall prize by the panel of judges. Waschefort won an all-expenses-paid trip to the largest photographic event in the world, Photokina 2020 in Cologne, Germany. Moreover, he also walked away with a FUJIFILM X-H1 mirrorless camera, with battery grip and lens, to the value of R30 000; a QPhoto ProLAB printing voucher worth R5 000, as well as an INSTAX SQ20 camera and film to the value of R5 000. Each of the category winners won a R2 000 printing voucher from QPhoto ProLAB, and an INSTAX Mini 9 camera and film worth R1 400.

The panel of judges for the Africa Photo Awards consisted of 13 of the top photographers on the continent, including photographic greats such as Dennis da Silva, Themba Hadebe, Neo Ntsoma, Michael Meyersfeld, and Jodi Bieber. Entries to the competition were received from across Africa, including Cameroon, Egypt, Ethiopia, Kenya, Mauritius, Nigeria, and Zimbabwe, amongst others.

The photographs were printed on FUJIFILM Fujicolor Crystal Archive Paper by QPhoto ProLAB, designed to produce exclusive, high image-quality colour prints. The exhibition allows the viewer to engage with images on a level that a digital copy could never match, providing evidence that printed photographs remain superior.

Fans of photography are further encouraged to vote for the People’s Choice FUJIFILM Award. Here they can pick their favourite photograph from those on display at africaphotoawards.co.za, to stand a chance to win a FUJIFILM X-T100 mirrorless camera and lens.