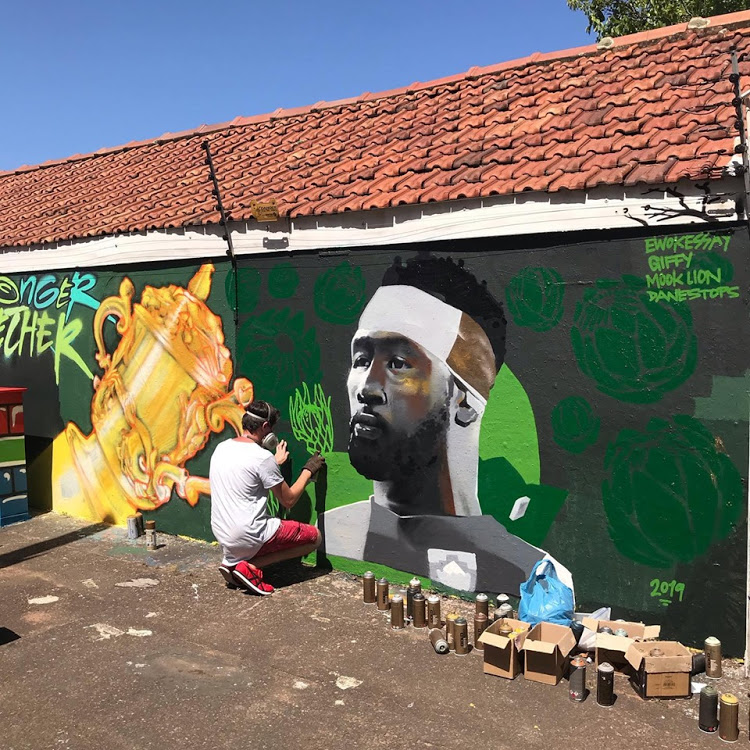 EwokeSAy told DispatchLIVE that everybody was ridiculously excited after the win on Saturday, for many reasons.

“On my way to work, I was just so amped to get something up. So I put the word out to a group of artists on a WhatsApp group. I basically asked, ‘Hands up, whose’s down to paint a tribute?’

“And we have that wall. That wall is almost an institution itself. It is the wall of photographer Val Adamson and she has let us use it since 2006 to paint art and murals,” he said.

The group came up with the concept after sharing ideas and sketches on WhatsApp for almost twenty minutes. After coming up with a basic design for the mural, the artists arrived at the location on Sunday morning, just under twenty-fours after South Africa had been named the rugby world champions.