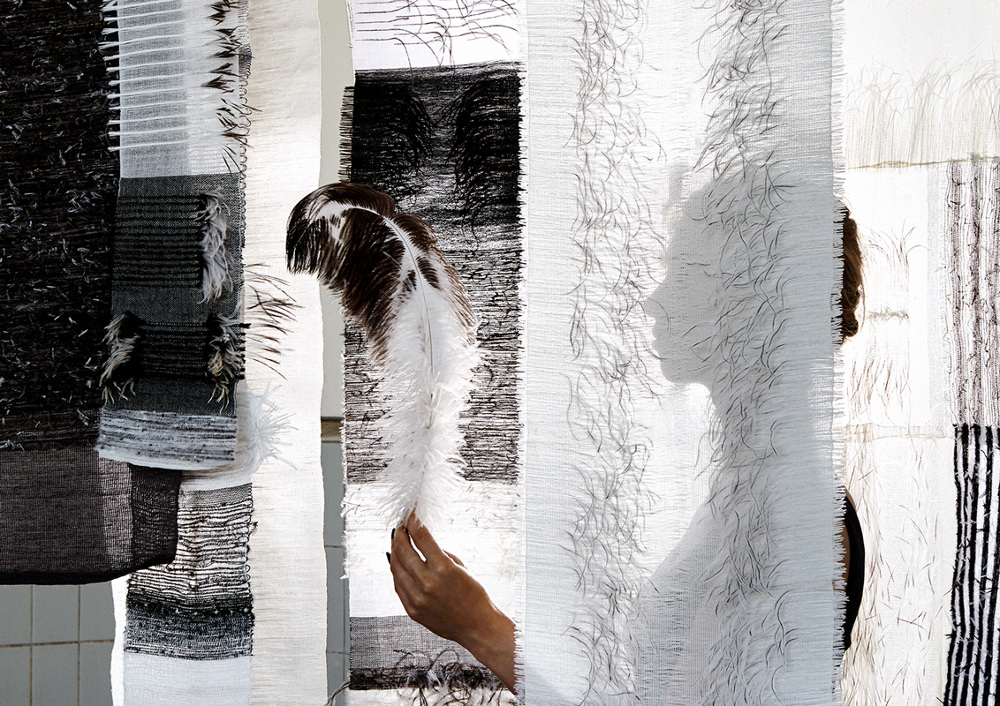 Posted at 12:26h in Design, Featured, Pulse, South Africans abroad by Between 10and5
0 Likes

Pascale Theron is a Johannesburg born and raised artist and designer who currently lives in the Netherlands. Her upbringing in the bustling city of Johannesburg influenced her journey as a designer, as well as the creations she brings to life. Her designs draw from her own cultural background and are inspired by her memories, knowledge and experiences. 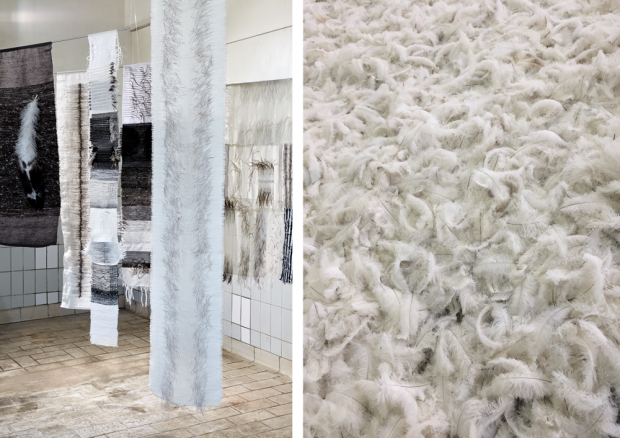 She delves deep into her research and finds pleasure in connecting with people from different backgrounds – attempting to create a bridge between cultures. The designer also enjoys working with soon-to-be-lost handmade crafts, creating cultural products that fall somewhere between art and design.

Theron recently completed a Feathered Fabrics project, which is a series of artistic textiles that are all handwoven using the ostrich feathers from Oudsthoorn, South Africa, as thread. The ostrich feather was once a highly valued commodity during the 19th Century, but since then, the feather has fallen from grace and now its main use is removing dust, or to design  carnival costumes. Through this project, the designer aims to enhance the value of the ostrich feather, a very specialized product coming from the 150 year old ostrich feather industry in Oudtshoorn, South Africa. “I hope to go beyond the aesthetic and decorative and rather return it to its former glory in a more integrated and practical way, within modern society where big feathered hats are no longer stylish,” Theron says. 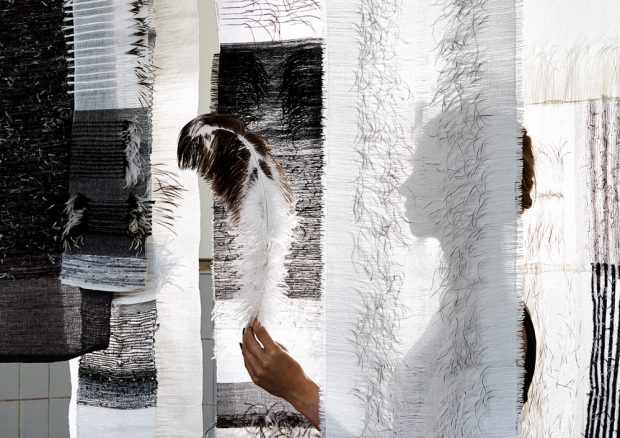 For Dutch Design Week, which took place from the 19th to the 27th of October in the Netherlands, Theron collaborated with other creatives from different fields and countries to bring some exciting new fashion items and interior furniture pieces, one of which being well-known South African designer Lezanne Viviers from Viviers Studio. The pair also worked with a local weaver from Pretoria, Maddelein Anderson to create the woven panels that make up the first Feathered Fabrics garments.

Driven by her belief that it is of great importance to design meaningful products that not only use intuition, but are also sensitive and genuine, Theron hopes to mobilise awareness, raise consciousness and focus attention through her designs that relate to concrete historical and social situations. She creates controversial conversational pieces that acknowledge the past, confront the present, and imagine a brighter future.