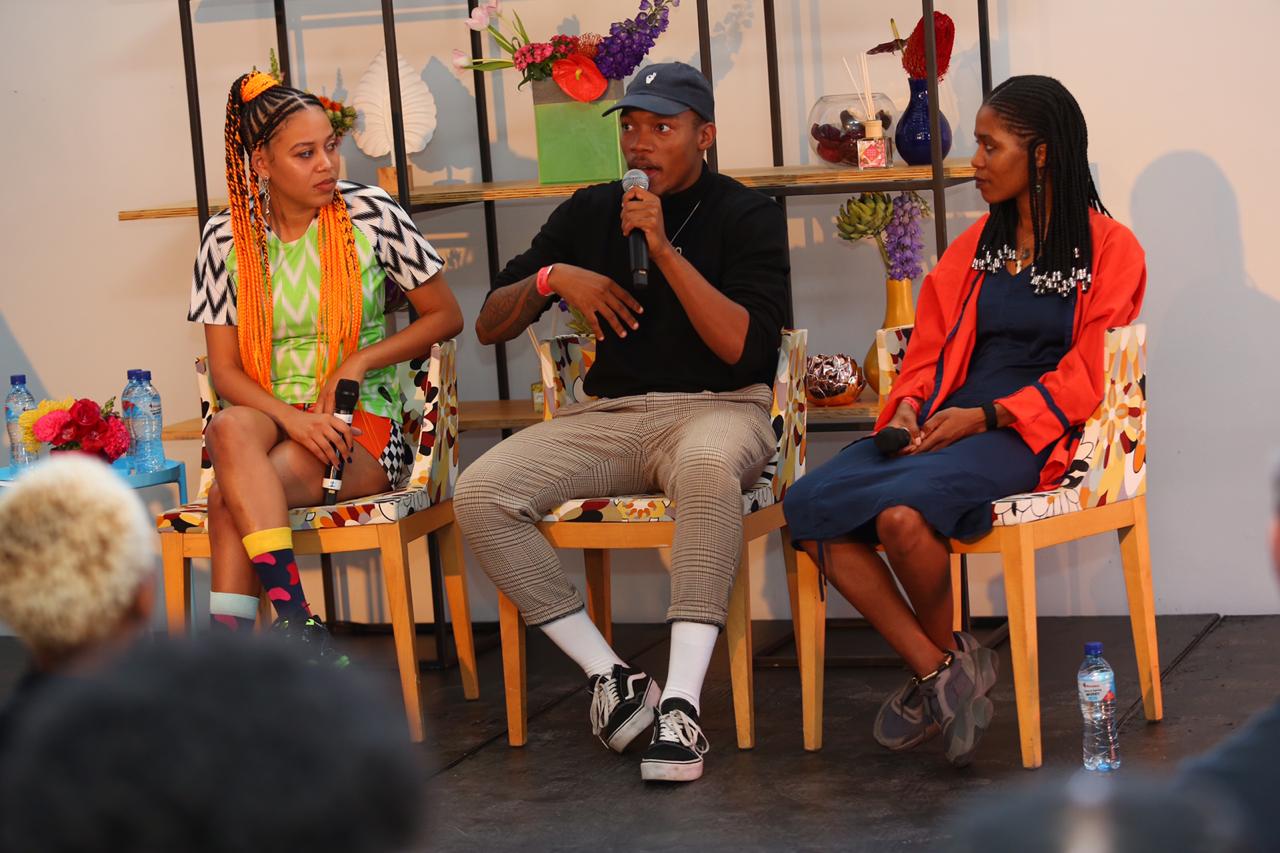 After successfully launching the academy’s pilot intake in July this year, Bridges for Music in partnership with Nando’s, Pioneer DJ, Resident Advisor, and other industry players, officially opened the doors to Bridges Academy to the public on Thursday, 14 November.

The academy is a hub of creation and learning where young, talented students can pursue their creative dreams, develop their skills and share their passion for music among other art forms. The curriculum goes beyond music and incorporates entrepreneurial training and a mindfulness program providing a cutting-edge approach to creative education.

The project has been heavily supported by South Africa’s favourite chicken brand, Nando’s who are committed to nurturing South Africa’s creative talent. Nando’s has partnered with Bridges for Music, a non-profit organisation, in a quest to uplift, encourage and strengthen disadvantaged communities through music. All interior design and art adorning the school was curated by Lynch-Lee Studios, and sourced through the renowned Nando’s art and design programmes, further cementing a well-rounded partnership.

Langa, where Bridges Academy is based, is the home to legendary South African singer, Brenda Fassie. It’s a township that has strong musical roots and is where Bridges for Music conducted its first workshops with internationally acclaimed artists like Ed Shereen, Skrillex, and Black Coffee earlier this year.

This year Bridges x Nando’s invited Muzi, Sho Madjozi, and Nonku Phiri for a panel discussion – where they spoke about the power of collaborations.

“Collaborations are just a must. I am a songwriter and rapper, I need beatmakers and producers – I need to collaborate to make music. It’s not even a question for me. One thing I have learned is that one should always be willing to help other artists,” says Madjozi.

Through the partnership with Nando’s, students have an opportunity to showcase their talent to new audiences. This year there have been numerous performances most notably at the Basha Uhuru Freedom Festival at Constitutional Hill, as well as the Nando’s Music Exchange in London.

Jake Johnstone, Marketing Manager for Nando’s South Africa, believes that this partnership falls right at the heart of the Nando’s brand. “This is a culmination of the Nando’s company purpose concentrated in one place. We’ve always been driven by three creative platforms- art, design, and music. With Bridges for Music, we have been able to bring to life all of these creative outlets and results in a powerful and authentic partnership.” Says Johnstone.

Both Nando’s and Bridges for Music hope that the space in Langa will become a hub for all young artists, from all areas surrounding Cape Town – a true bridge between communities.