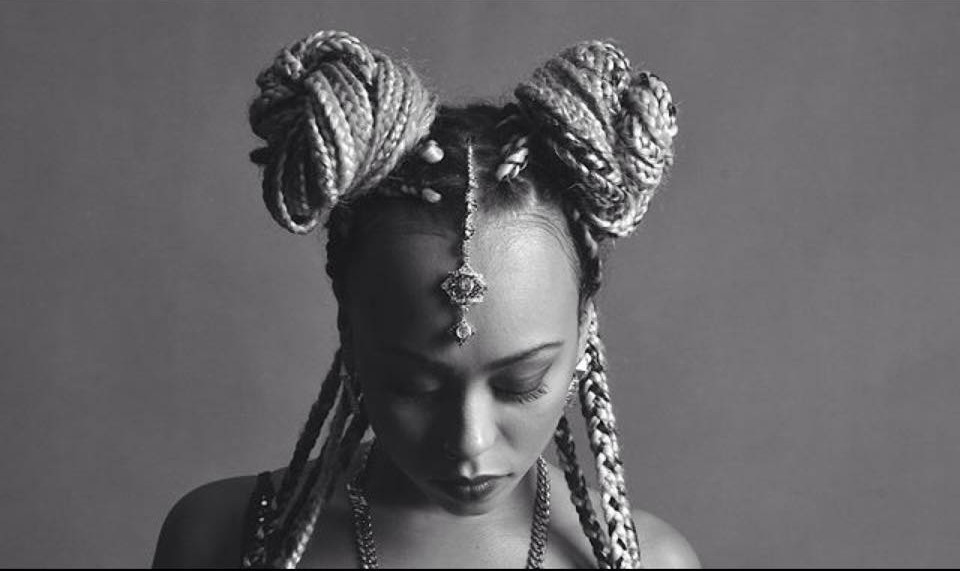 This summer, DJ Doowap enlists the expertise of Zain, Daev Martian, Ndabz, Xplosive DJ, Mr Allofit and Koek Sista for her debut EP release, ‘Mood Swings’ – coming out on the 29th of November.

“It’s all in the divine timing; I was working on my skill, training and travelling whilst DJ’ng, which inspired this EP. I always knew I wanted to drop my own original music, but I was always gripped by self-doubt and fear. After my performance at AFROPUNK Brooklyn, I realised it was time to let go and stop living in fear of what might happen and what people might think. It just feels like this is the right time and everything has finally come together,” she says.

Recording in English, French, and Zulu to convey the message that love is it’s own language and does indeed connect us all, Doowap’s Mood Swings is full of colour, charisma and coy charm. The twinkling sounds of “Crowns” mostly portray the fluctuating temperaments and identities that Doowap herself inhabits, and as the remaining tracks bound between synths, high hats, and cheeky undertones – so do the many talents currently buoying Doowap’s career as one of South Africa’s most sought after acts.

“I had a very mixed heritage growing up which definitely influenced the multilingual EP. I was born to a Swati mom, hence the Nguni influence in my work, style, and music. My father is an Englishmen and I spent a few years in London which influenced my electronic and bass sound. I went to at a French school then later moved to Montreal Canada which is also French-speaking, his is where the French language link comes in. I speak French at home, so it’s a very natural mode of communicating for me,” Doowap reflects.

This EP marks Doowap’s growth and the progression of the multi-dimensional being who dances, DJs, and drops original music inspired by her appreciation for the 80s and it’s multidimensional creativity.

Fashioned out of her multi-faceted background, this new direction into production is led by “4cus”; the first track Daev Martian and Doowap created together, from which it was evident that they had great musical chemistry, and went on to complete the EP in its entirety.

“Every producer I worked with on the EP, I have known for years and have been by my side throughout my music career. Daev Martian and Zain, the guy who mastered the EP Zain in particular went to the Academy Of Sound Engineering with me. All the producers Daev Martian, Ndabz and Xplosive DJ were all very patient with me and helped bring the sounds in my head to life. There were times when I was gripped with self-doubt and they were always super supportive and guided me out of those states of mind block,” Doowap says.

“I would love to be part of choosing and making music during the post-production of movies. No particular kind of movie but I guess Anime which has always been a huge influence in my life would be high on that list of goals. Having my songs played in series on Netflix and similar platforms is also a dream of mine. I hope this music journey and EP enables me to create memorable shows around the world alongside some of the artists on my EP, along with some crazy visuals, amazing dancers and out of this world styling and wardrobe,” she adds.

Mood Swings can be streamed here.