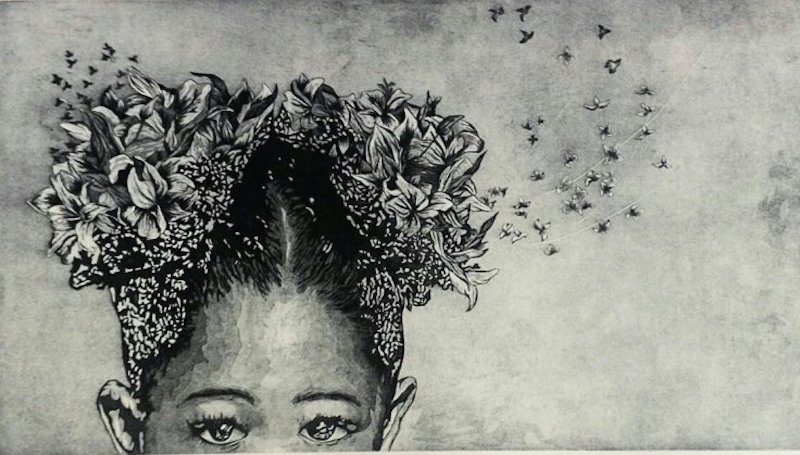 05 Dec Don’t Touch My Hair, But Put It On A Canvas

Natural black African hair and the way its woven – the variations in texture and colours make it an art form. Jhb based artists, Lebohang Motaung considered braiding not only as art that exists on the head but as something that can be on canvas. This idea was first formulated in her dorm when she was a student at the Vaal University of Technology and braiding other student’s hair to earn money on the side.

But it wasn’t plaiting the hair that made her realise that it was an art form but the interpersonal connection she would develop with strangers. The process of styling hair is one of the ways that black women can engage and share amongst each other, she wanted to capture that feeling in an artistic way.

Her most famous piece, “Formation” depicts three women with long braids that hang off the canvas, with their hair fibre connecting the three canvases. The artwork was so popular on social media, she was invited to showcase her work at the Investec Cape Town Fair earlier in the year.

Lebohang is definitely someone to keep an eye on, follow her on IG to view more of her work.