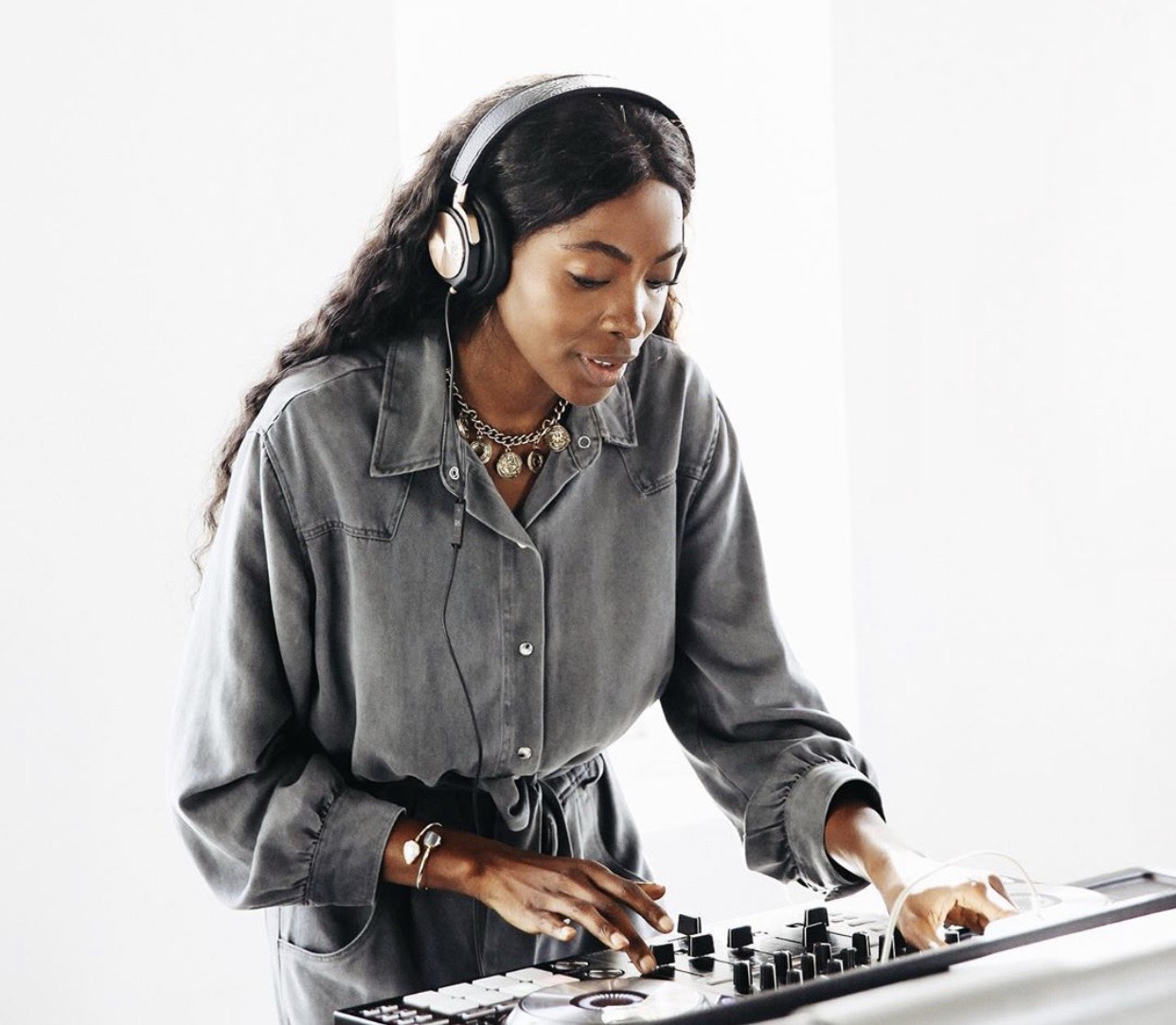 Interviews with DJs often remind me of visits to Cape Town; in that, you are never entirely sure what kind of climate will greet you. I’ve experienced everything from the cold and moody (I will not reveal any names) to the bright and sunny. On this one particular morning, right at the end of November, I found myself enveloped in my blankets, avoiding one of Cape Town’s grim mornings. The clouds were cloaking the top half of Table Mountain and Lion’s Head and the rain was drizzling lightly. The faint sounds of raincoats swishing and wellington boots splashing in puddles were about the only signs of life from my Airbnb. It was dreary.

“Please don’t let this interview match the weather,” I begged the universe as I took a sharp intake of breath and prepared to call Gina Jeanz ahead of our interview the same morning. The Namibian-born DJ will be performing at Afropunk Joburg 2019 and I prepared for our conversation by listening to her Afropunk preview mix on Soundcloud for about the fourth time that week.

She picked up on the third ring and we quickly exchanged pleasantries before she complimented me on how well I had pronounced her last name, Mwoombola, for a first timer. “I’m also in Cape Town right now actually, I’m based here” she replied when I mentioned I was in the Mother City. I asked if there was a helpline to complain about the weather before she laughed and added, “It’s really not that bad!” I exhaled with relief. She definitely wasn’t one of the cold DJs.

We wasted no time in talking about Afropunk Joburg and her upcoming set, a performance which she claims to have been preparing for her whole life. “THIS was made for me. I’ve always wanted to perform at an Afropunk and for someone who is still relatively young, and has worked hard to crack it in the industry after moving from Namibia, this is a big deal. I think it’s an amazing stage and an amazing space, and to be sharing it with people who are from all backgrounds is incredible”.

I chimed in, really just looking for an excuse to flex my vocabulary, and described the festival as eclectic.

“That’s exactly what it is. I’d say the one thing that brings us together is our blackness and love of black culture. But we are all as different as the next person and that’s what I love about Afropunk. It doesn’t matter what your story is, or what your life goal is, or who you are, or what you wear. If you’re there, you’re one of us.”

Gina Jeanz has a very interesting way of drawing inspiration for her sonic creations. Not only is she a skilled sound engineer, mixer and producer, but she’s also skilled in design and art. I had read about her using her love and knack for visuals to inspire moods and feelings which she then transposes into sounds for her music and mixes. It’s a creative process that is both unique and fascinating and I wanted to know what kinds of visuals she was absorbing in order to work on a set for Afropunk.

“I’ve been viewing a lot of Manzel Bowman’s work on Instagram. Afropunk is a futuristic festival from the art to the fashion, and I’ve been going back to his work a lot to seek inspiration for everything from my set, to even my outfit for the day. So I’ve been tapping into his galactic and cosmic emotions in his work because obviously I specialise in electronic music so I want to be able to bring those vast, untold spaces to my set.”

“I want to celebrate black people on such a beautiful scale because artists like Manzel make us look like gods in his work. Afropunk is such a perfect space for our beautiful people to be celebrated. The kid that feels like they have eccentric style will be celebrated there”

Gina might be on the roster, but she’s a fan too. She wouldn’t even let me finish my question as I asked if there was anybody on the lineup she would be sticking around to watch:

“SOLANGE! Lord have mercy on my soul. Ever since Solange came back on the scene, more people have taken notice of her but I’ve been a fan since the Sol-Angel and the Hadley Saint Dreams era [circa 2008]. To be on the same lineup as Solange, as a Namibian girl living in SA, never imagined this in my life! Even Nao, these are musicians who I reference in my work already and now we’ll be on the same platform.”

Her well-received Bloom EP was also on my playlist during my days of researching before the interview and I wondered if any of those mellow sounds would be tested on the audiences at Constitution Hill later this month.

“Bloom was a personal project that I sunk myself into after working on other people’s projects this year. I didn’t make it for Afropunk specifically, but I did it because I was really yearning to express myself. It’s a very Lo-Fi, relaxed-energy EP; but I don’t want to bore people at Afropunk! I will probably be producing my own samples which I will incorporate into my set to match the mood of the day”.

She confessed that although her set wasn’t complete, she was working tirelessly at perfecting it before the big festival. Before wrapping up, I asked who she was dedicating her upcoming performance to – expecting to hear the name of a family member or close friend. Instead, she said she was dedicating it to girls.

“I do this for the girls back home in Namibia so that they can see that even if many people in the world don’t take notice, you can still take yourself to the echelons of greatness. I know I’m still growing, I still have goals I want to accomplish, but if you had told me when I first left Nam that I’d be on an Afropunk stage in a few years? Come on.”

Catch Gina at Afropunk JHB on December 30 and 31.