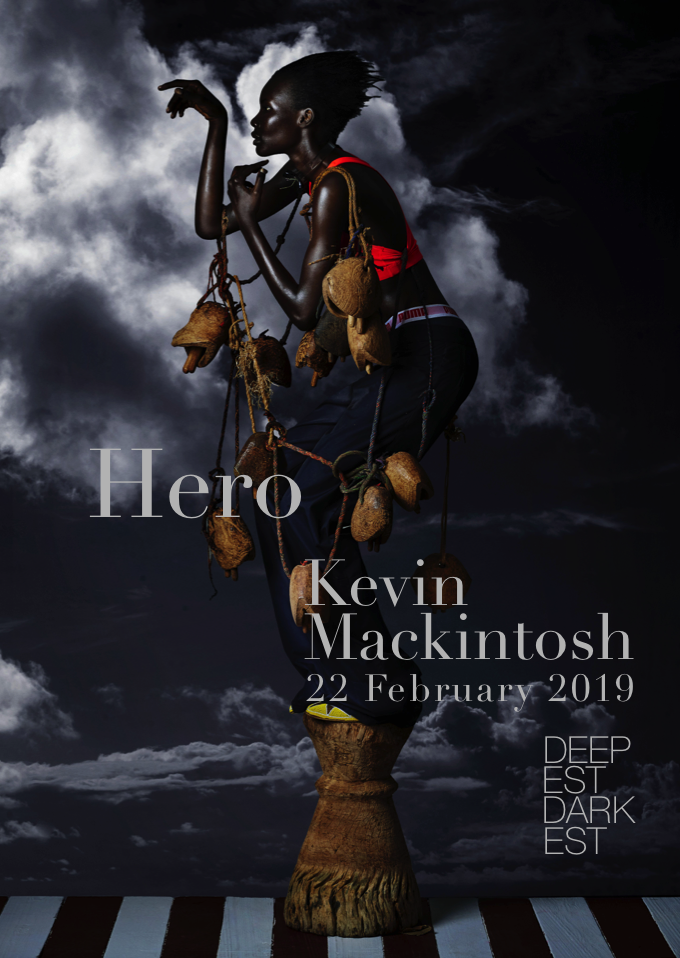 South African photographer Kevin Mackintosh will exhibit his first body of work in South Africa since the enormously successful Bolshoi Ballet series in 2008.

Entitled Hero, the project is a series of ‘styled and controlled’ portraits that were created over a five year period in various locations across Africa, in
collaboration with renowned production designer Daryl McGregor, and a small team of stylists, makeup artists, designers, and creatives.

When describing the project, Mackintosh explains: “I’m inspired by the way west African photographers like Malick Sidebe, Seydou Keita and Sory Sanle created ‘photo booth’ setups and used props, set design and styling. Their work has a real resonance for me in a modern stylization of portrait subjects.”

Hero is Mackintosh’s second series to be exhibited in South Africa. His previous project, a collaboration the Russian Bolshoi Ballet Company in
Moscow opened at the Moscow State Circus (2008) to a crowd of 5000
guests. The series was also shown at Obert Contemporary in
Johannesburg and 34 Long Gallery in Cape Town, receiving coverage on
multiple publications including Architectural Digest, Vogue Italia, Vogue
France, Vogue Australia, and Marie Claire.

Currently residing in London, Mackintosh’s work is featured in the Permanent Collection of the National Portrait Gallery (London) and in several books like Contemporary Fashion Photographers of the World by Daab, Sensation by Patrick Remy, The Bolshoi Ballet by Patrick Remy, as well as private collections worldwide.

Other notable projects include commissions for the New York Philharmonic (New York, 2017), Royal Opera and Ballet (London 2016/17), The English National Ballet (London, 2017) and the first Christies worldwide campaign featuring artists and their work from around the world (2017/18).

The exhibition runs from 22 February – 10 April at Deepest Darkest Gallery in Cape Town.