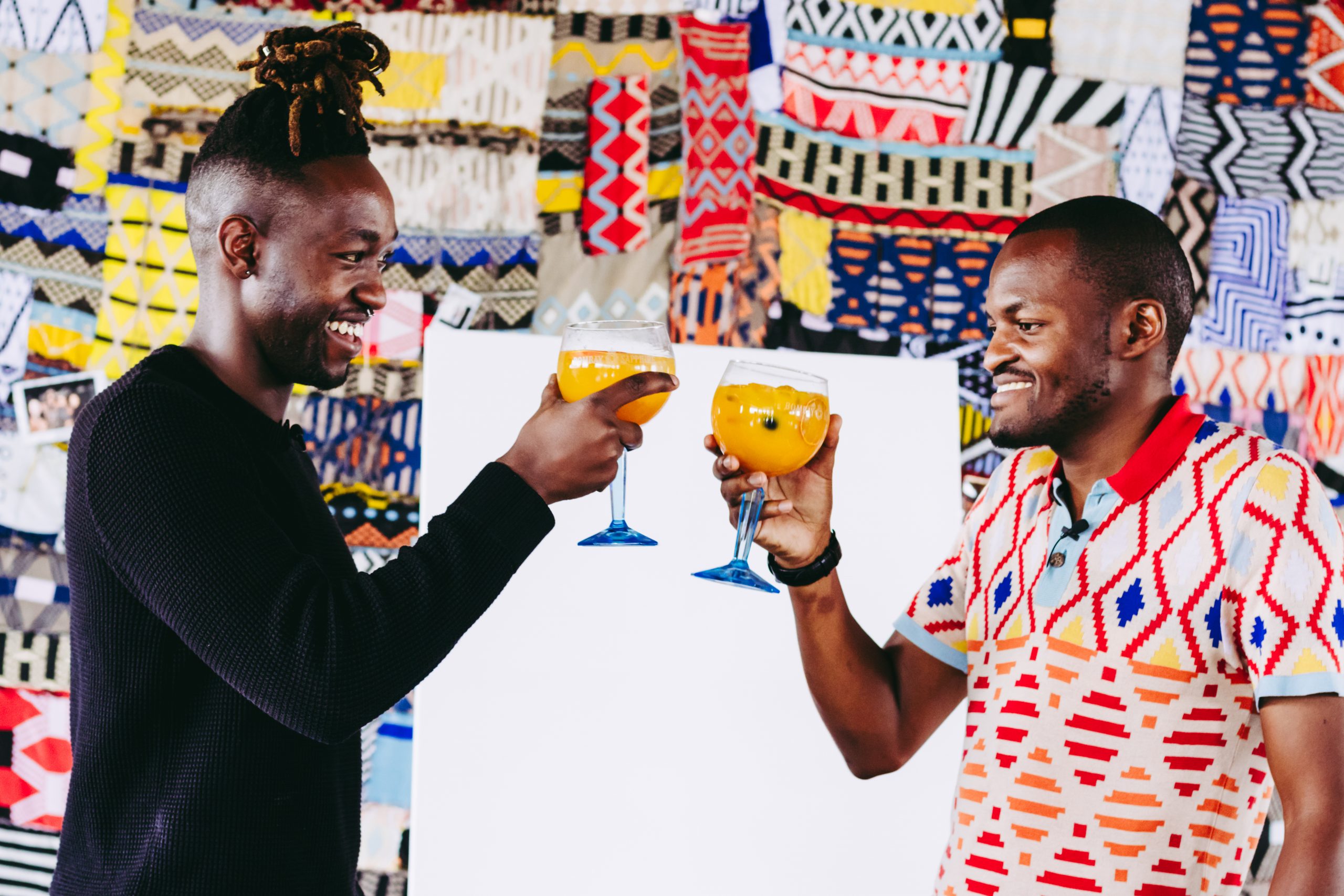 Art migrates across different mediums – so when world-renowned fashion designer, Laduma Ngxokolo was given a task that is simultaneously exciting and unanticipated – especially after having gone for so long without practicing his other artistic prowess, we knew we were in for a treat.

As part of Bombay Sapphire’s Stir Creativity campaign, Laduma went back to the canvas where he painted the origins of Xhosa Art – the constant inspiration behind his decade-old fashion range MAXHOSA. The creative process was filmed in front of a wall that featured every piece of fabric Laduma has ever used in his collections so far. To add a twist to the creative process, the designer was paired with Mmiso, a charming bartender who turned out to be a great catalyst in getting Laduma to open up.

Born and bred in Johannesburg, Mmiso Luphondo is an entrepreneur and bartender who began mixing drinks for his previous company – Until Until group. The mixologist has only been in the game for three years but has already judged at Opihr World Adventure Cocktail Competition, which speaks volumes about his art.

The Art Tender collaboration saw Laduma and Mmiso create a Bombay Sapphire cocktail and named it ‘Ubomi Obutsha’, which means a new life. The drink is symbolic of the evolving realities in our lives and how we constantly reinvent ourselves and take on new challenges. This further narrates a lot of what is happening in Laduma’s life and what inspires him. His journey as an independent artist requires him to evolve but still stay true to who he really is in the midst of an ever-changing world.

Laduma used the dominant colours in Xhosa beadwork [ white, navy blue, yellow and green] as inspiration in creating the perfect cocktail. Just like tattoos, beadworks are a way of identifying where one belongs in terms of identity, history, culture and geographical location.

And in celebration of the seamless collaboration, an alluring canvas which Laduma painted using Mmisi’s bar spoon, and a signature drink, the designer gifted Mmiso an equally unique piece of beadwork. We were also treated to the rare pleasure of meeting his team, who gave us a glimpse of what really goes behind the stirring creativity at MAXHOSA.