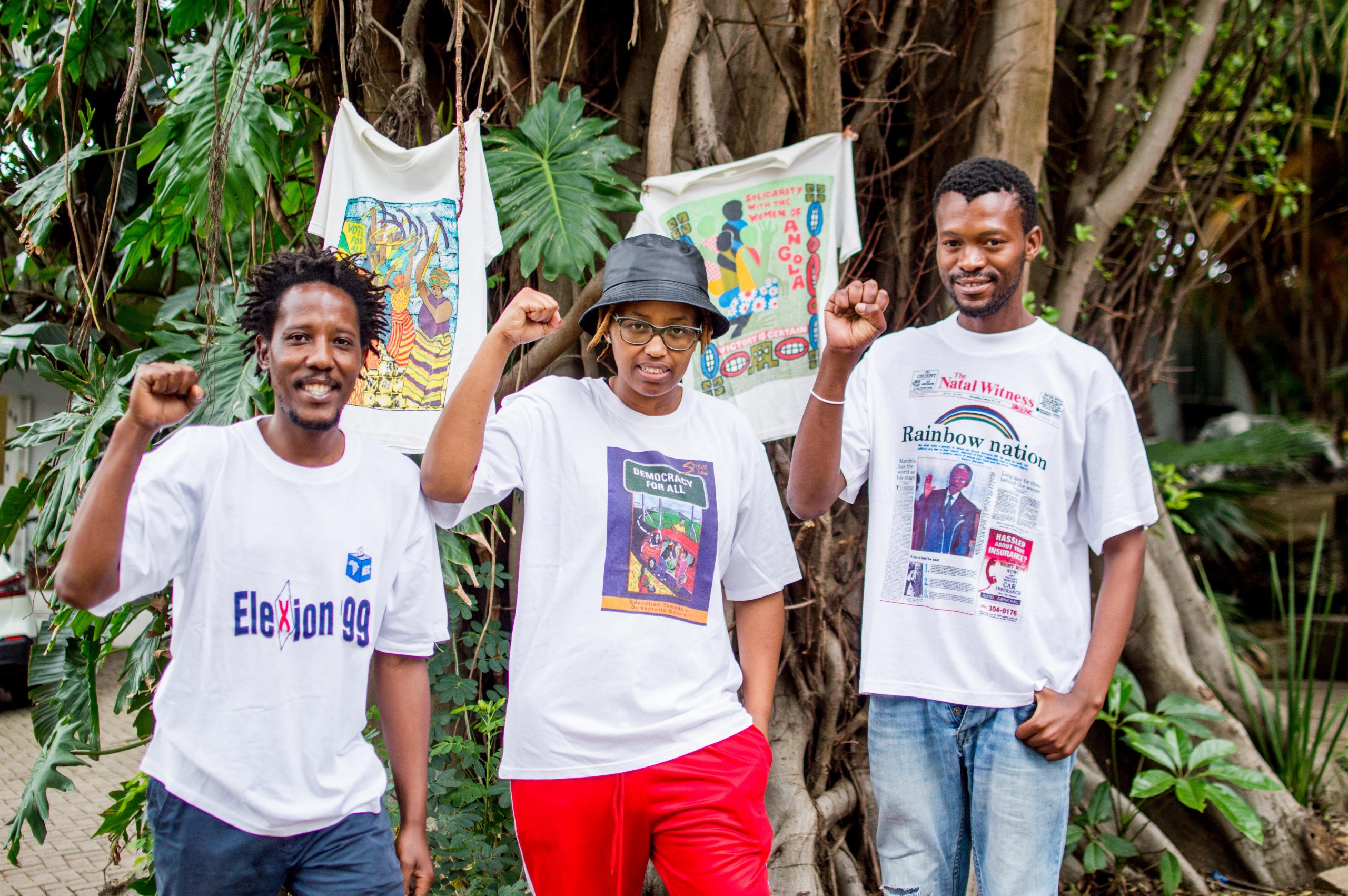 This Day of Reconciliation, Monday 16 December 2019, marvel over an array of t-shirts with struggle designs, dated from the 1980s to the early 2000s. The exhibition is in partnership with Durban’s Amnesty International.

Durban struggle-veterans and community members are putting on a struggle t-shirt exhibition in remembrance of the Day of Reconciliation, which is in its 24th year.

Amnesty International Durban’s Chairperson, Coral Vinsen, gives insight to the collection that will be on show: “I was an active member of the Black Sash and the Durban Detainees Support Committee during the apartheid years, so as a result, I have a goodly collection of t-shirts from that era and subsequent [ones] as new challenges to civil liberties arose.”

Vinsen was an elected member of the executive of the UDF in 1983. In Durban, there were only three members of the white community on the  United Democratic Front (UDF) executive. The others were the late Ann Colvin, Chair of The Black Sash in Durban, and the late Paddy Kearney, Director of the Diakonia Council of Churches.

People are invited to bring their own shirts pre-exhibition to showcase or sell. All types of struggle shirts are welcome: climate and environmentalism, icons of struggle, revolutionary music makers, wildlife conservation, socio-political shirts, and the like.

The exhibition will be held at the Ubuntu Art Museum in Glenwood, Durban. The entrance for the opening at 10 AM will be free, you will pay R50 for a museum tour.