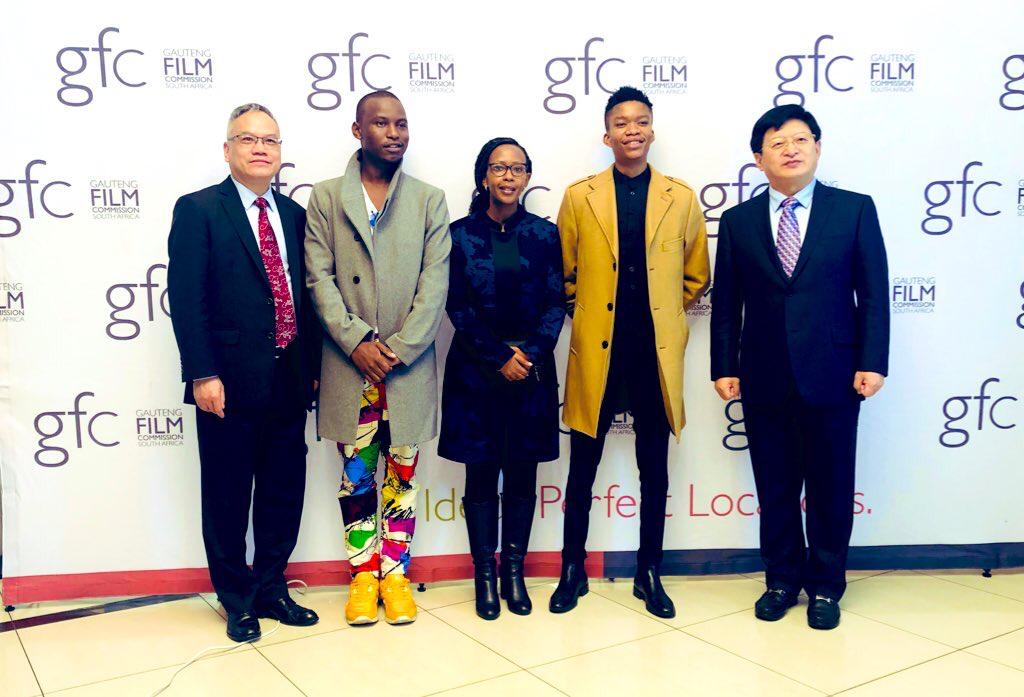 On Tuesday, 10 December young people from different areas in Johannesburg gathered at Ster Kinekor in Rosebank for the Film Reception for Youth of South Africa and China.

The film reception was hosted by the Gauteng Film Commission with prominent individuals representing each nation. In attendance, on behalf of the People’s Republic of China was Tang Zhongdong and the Consulate General in Johannesburg and MEC of Sport, Arts, Culture and Recreation Mbali Hlophe.

Hlophe and Zhongdong held a brief talk to introduce the film reception, as well as to address the aim of the cultural exchange between the two nations.

The partnership aims to enhance cultural exchanges and friendship between the youth of the two nations. “As you know, we have got a partnership with the People’s Republic of China, and we are here with the Consulate-General who’s with us because we were having an exchange to get a sense of what the two countries are about and importantly how we can build patriotism,’ says MEC Hlophe.

In celebration of the 70th anniversary of the People’s Republic of China, the Chinese box office hit My People, My Country was screened during the film reception. South Africa screened the award-winning film Letters of Hope, a film set in 1976 apartheid South Africa that tells the story of a 16-year-old boy who dreams of being a policeman and battles to understand why his father, who is a postman, prevents him to from following his dreams. The film is directed by Vusi Africa.