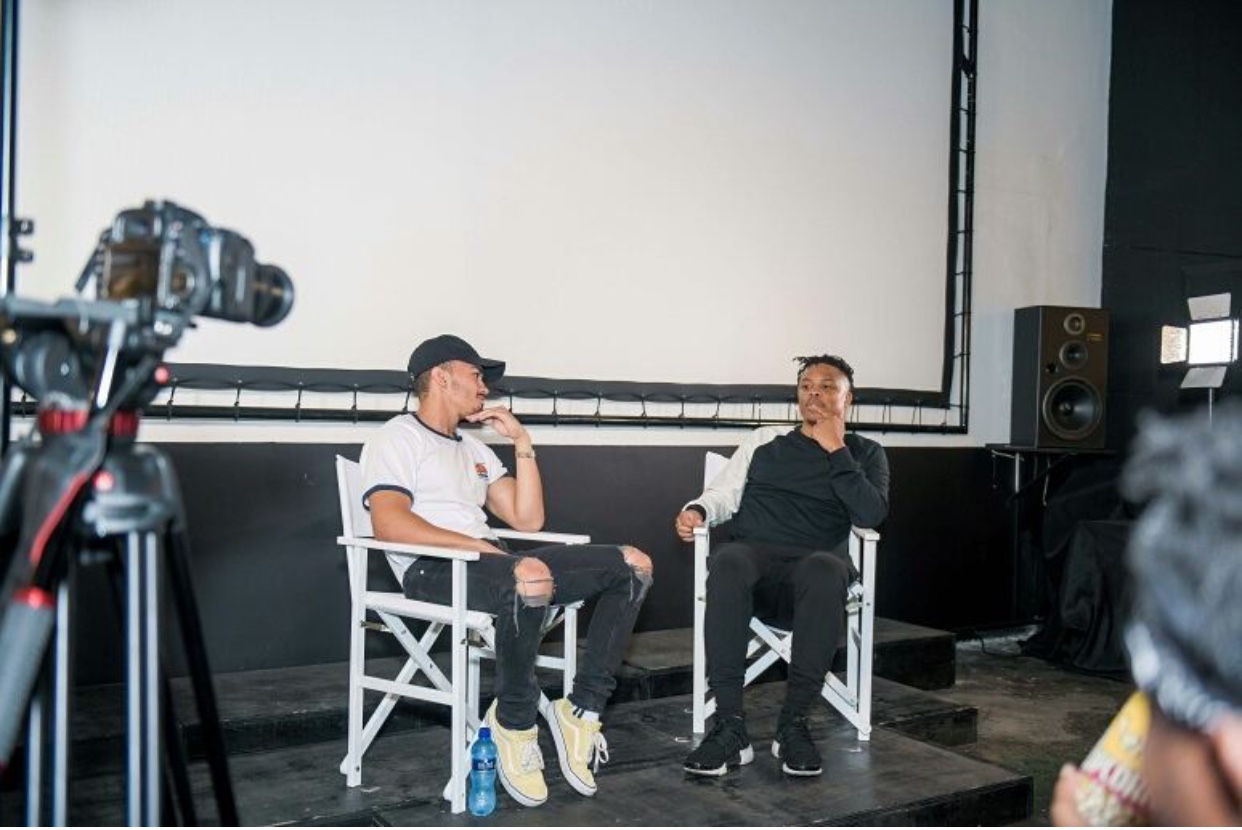 19 Dec The Art of Transition: Former Hype Magazine Editor, Fred Kayembe On Being A Film Director

Hip Hop enthusiast and former HYPE Magazines editor, Fred Kayembe has spent some time exploring the many ways in which different stories can be told and brought to life. His career began at the leading hip hop magazine as a freelancer – where he worked his way up to becoming the editor-in-cheif.

Prior to working at HYPE Magazine, Kayembe had worked in retail – as a waiter and promoter.

“At 19, I started writing local album reviews, which I would post up on Facebook notes. Someone at HYPE Magazine caught wind of them and before I knew it, I had my own column titled Hipolitics in the mag. I worked my way from being a freelancer to the head writer to guest editor, art director, and eventually, after 5 years, editor-in-chief,” Kayembe shared.

In 2016, after spending a great part of his working life at HYPE and contributing positively to South African hip hop culture, he parted ways with the magazine.

Kayembe confessed that the position of HYPE editor, during that period, demanded a tremendous amount of responsibility; not only because of the actual workload, but also because local hip hop culture was experiencing a coarse, yet pivotal growth spurt. “CD’s had become obsolete, print was on its way out, the way people were consuming media was transforming and I’d personally started to feel like I’d given everything I could give within the parameters of that medium. It sucked because print was all I’d known for a long time but eventually, I saw it as an opportunity to continue to delve into those same stories in a more complex way,” he said.

What has he been up to? Kayembe opens up to 10and5 writer, Suwi Kabwe:

“I did a couple of things while I was finding my way,” he said. “I served as the head of content of the Power Play division of Monster Energy between the offices in South Africa and Spain. I also did a bunch of music and art consultancy work under my collective ‘brkfst for dinner’ for a number of brand properties like Extra Cold with (Chance the Rapper, Travis Scott, Nas, Wiz Khalifa, etc). I worked on the first live stream ‘TV’ show in Africa -Toyota Music Live. Right now I am fully focused on Co4lition, which is a creative partnership with my friend, Vaughn.”

One of Kayembe’s most recent project is Busiswa’s recently released documentary ‘Busiswa: An Unbreakable Story‘. Kayembe worked hand-in-hand with his business partner and friend Vaughn Thiel to document Busiswa’s story which premiered on the opening night of this year’s Africa Rising International Film Festival.

While speaking on this project, Kayembe expressed: “CAN DO! trusted us enough to communicate the spirit of their Unbreakable ethos through telling the stories of remarkable Africans who’ve overcome adversity to become who they are. Busiswa was an easy decision from all sides because of how profoundly powerful her come-up story is. We also all felt it was necessary for people to see a larger-than-life woman, who is also a disruptive force, as a “lead” in what I consider to be a superhero tale. Everything just made sense.”

Having transitioned from writer/editor to director, Kayembe shares that this newly found career is one he sees himself carrying out in the long run. “I’ve navigated through my life intuitively up until this point. I might be a beetroot farmer living in a cottage with my Jack Russell (whose name also happens to be Jack Russell) in 10 years. The only thing I know is, whatever I’ll be doing, it’ll be an effort to understand myself and my environment better; the way I’ve been doing with storytelling my whole life.”

What can we expect from Kayembe in the new year? The director has an animated series titled ‘Is Anyone Gonna Drink That?’ and has a full feature film he is currently developing for 2020.