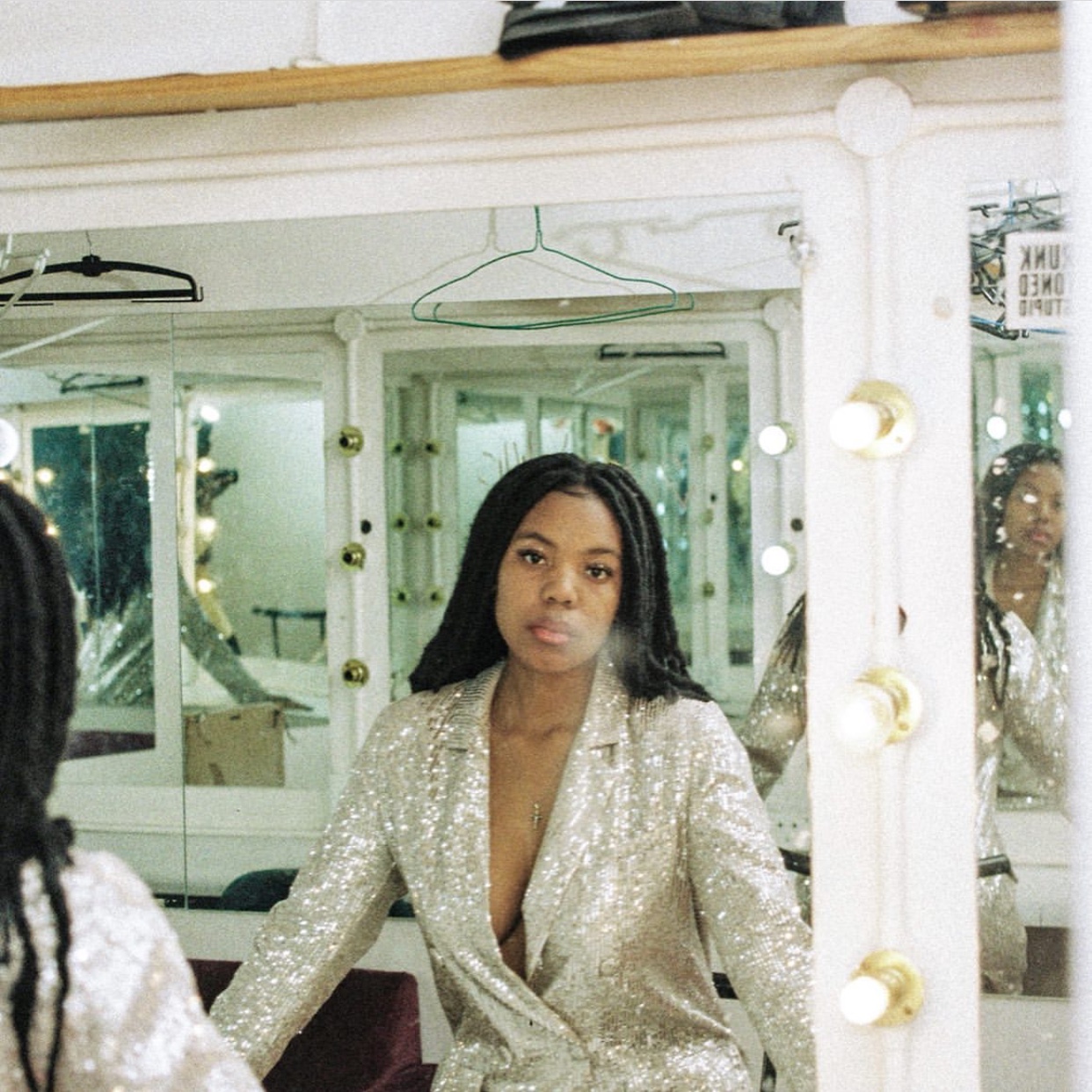 Listening to soulful R&B music always brings back memories of the early 2000s. When I was a lot younger, that was all I had known and all I had listened to. Having loved R&B music from such a young age, the genre grew to become one of my favourites for numerous reasons; one being the fact that the different emotions people experience – love, heartbreak, happiness, and sadness to name a few, are explored.

In a time when the music industry is seemingly dominated by amapiano, hip hop/rap, witnessing the come up of an R&B/soul songstress, who delves into these emotions and evokes these memories within me, is undoubtedly refreshing.  Elaine, a Pretoria-based 20-year-old singer-songwriter, quickly grew to fame after the release of her debut album Elements that topped charts weeks after its release.

Before getting into the details of how she put the masterpiece of an EP together, I was curious to hear about when and how her musical journey began.

“It all started when I was six really. I remember I was in this school, I don’t know what the name was but that school really played such a big role in my life – my pre-school. They took culture really seriously; we would have sports days and then we would have cultural days, music festivals and concerts. I remember just being so happy in that pre-school because they took interest in what I took interest in,” she shared.

“I remember the owner of the pre-school came to me and gave me a solo – this solo was ‘Silent Night’ and girl, that’s when my career took off. This was my time to shine, and I think from the moment I sang that solo, I knew that this is what I want to do for the rest of my life.”

The next few years of Elaine’s life included multiple talent shows and competitions – in and outside of school, which she had taken part in throughout her schooling years.

“After that, I just started joining school choirs and fighting for solos – I was that girl! I sort of had this mindset of like “no, they’ll notice me, they should notice me, and maybe they’ll notice me”, and then in high school that’s when I realised that no, I have to fight for these solos. From then on, it’s just been me doing my thing.”

By 2018 – this being her first year in university as a law student, Elaine had grown confident enough and had acquired the right amount of skills to start making her own music. After finding her sound, finding the right team, doing her research and networking, she began working on the EP in June 2018. After a year of writing, recording and re-recording, the project had finally come together.

She describes the distinctively warm EP as a personal self-dedicated project and was put together to prove to herself that she is capable and worthy of following and achieving her dreams.

“Elements was actually just about growth and opening up because I’m a very closed off person. I struggle to speak about how I feel, everything else is cool, I can have a conversation with you, but then once someone tries to get to know me, I really struggle with that a lot,” she expressed.

Elements, which is a mixture of trap soul and R&B, is inspired by love and all the different elements that come with feeling, it is circled around both the good and the bad elements of love. Elaine shares that although Elements mostly touches on romantic love, it is also reflective of self-love.

The songstress shared that the project, as well as her writing, is based on personal experiences and experiences those close to her have gone through.

“It’s really about all the elements of love – the good, the bad, the heartbreaking, the heartwarming, and it’s what I went through, it’s what I’ve seen, what I’ve experienced and it’s what love is, you know? I don’t think love is only one-sided, things change and things happen. I think the most important thing that I wanted to highlight in the EP is that even when things happen, it shouldn’t change who you are or make you angry or turn you into a savage or whatever,” she expressed.

“Just because you are heart-broken, it doesn’t mean the person you’re with isn’t heart-broken too, you know? Sometimes you break each other’s hearts and you need to be open and honest and transparent enough to be like ‘I broke your heart, you broke my heart, but what are we going to do about it? Are we going to change or are we going to leave it and this is something that I highlight a lot on I Just Wanna Know,” Elaine added.

Since its release, the love-focused EP has topped charts on Apple Music and was top of the chart under the R&B/Soul genre.

Lastly, Elaine shared that she’s uncertain about releasing another EP in 2020, however, she promises more singles, features, and visuals from Elements.

Elements can be streamed here.