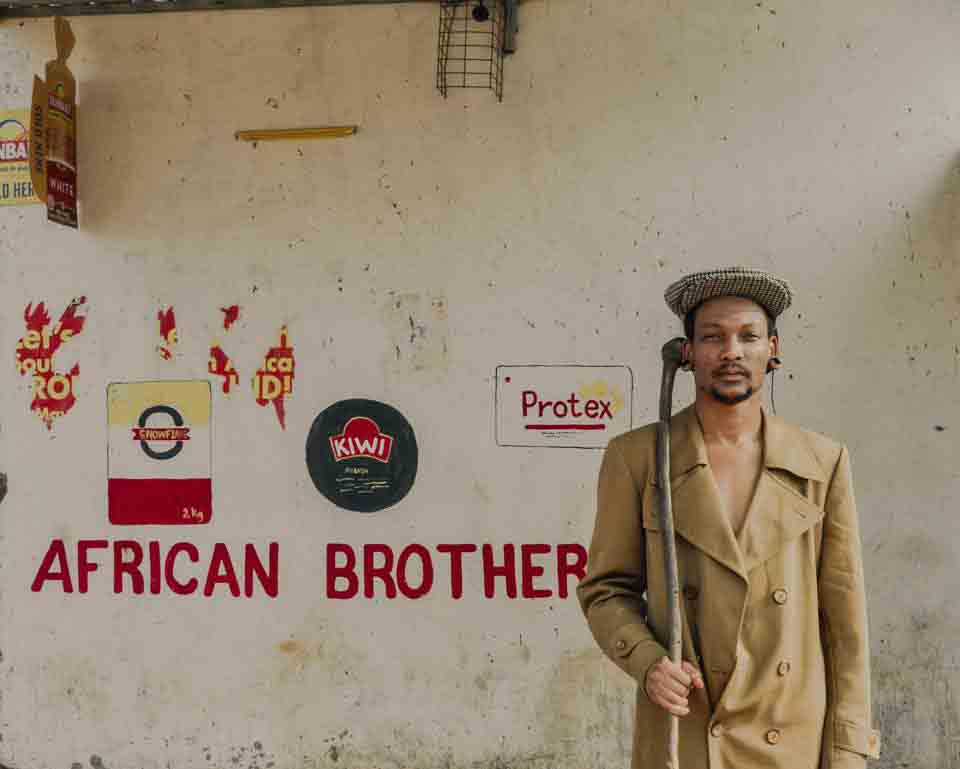 Tuning into Lali Boi’s debut album ‘Siyangaphi’ is like existing in polar opposite worlds. The tunes nibble your ear with urban beats dashed with African folk samples and lyrics–a tinge of Electro, as well as a Kwaito dressing to blend the flavors together. A blueprint that award winning filmmaker and iconic music producer Spoek Mathambo, has become known for. 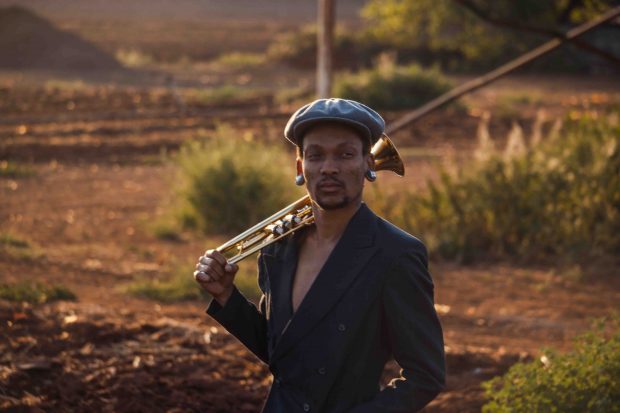 “Siyangaphi was my great grandfather’s name, he was a trumpeter for a British regiment stationed in Butterworth Eastern Cape during World War 2. So this album is about speaking life to his legacy, because when we speak of, or revisit works of people who have passed on we keep them alive. Siyangaphi is about relating his narrative to mine in present times and juxtaposing the two worlds, which aren’t entirely different mind you. The struggles of black people back in his day are still much very present today, and I want us to have these dialogues not matter how uncomfortable they are,” Lali Boy says.

“In spite of living in urban Johannesburg for a while now, I have never lost my thick rural isiXhosa accent, and even in spaces where English is the common tongue I always speak isiXhosa. So my friends would diss me and call me a lali (rural) boy hence the name Lali Boi,” says Lali Boi. 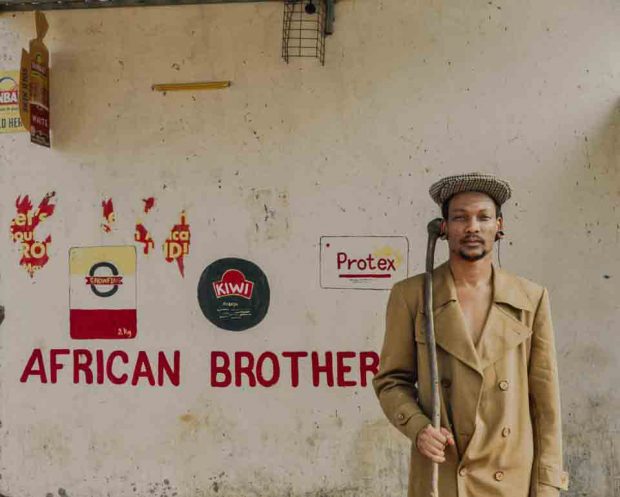 uLali Boi has been in the music scene for almost two decades as trumpeter, guitarist and vocalist for bands like Impande Core and Radio 123. Now he is finally going solo and reinventing himself as a lyricist telling his people’s story the same way a traditional Imbongi (Griot) in isiXhosa culture would do. “I am not a umXhosa rapper, instead I am just a story teller who uses ‘rhymesaying’ as a vehicle to tell my people’s narrative, and isiXhosa happens to be the language I use to convey these tales of the Bantu.’’

On the afternoon I met up with Lali Boi, I waited for him on the street corner outside his home eZompi in Vosloorus. He finally came around the bend clutching his trumpet-case in a rush to make our appointment,  dressed in his poor boy cap, and signature earspools. He greeted me with a huge smile, this warm and genuine personality is one that he carries everywhere he goes, it also comes across on his album. 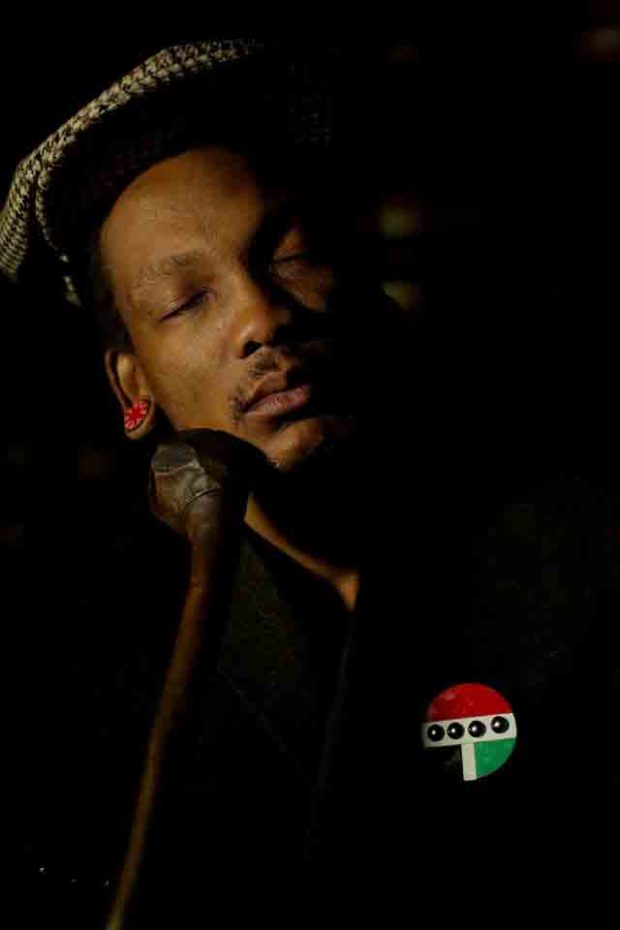 Shortly after that, he gets ready to go shoot a short film/music video with Button Konupi photographer and Director of the Emonti Music video. It was for his single Deuteronomy 28, a song about the role that quasi Christianity plays in black people’s lives, the song speaks of loosing land and oneself to western ways. Yet, it has undertones of how tribes like the Lemba and some TshiVenda clans have a genetic element also found among the Jewish priestly line, known as Kohanim.

“In our wokeness we must be aware of not discarding our own roots and traditions in the confusion of labeling everything religious as western. As a umXhosa who praises Shembe a religion that is traditionally synonymous with amaZulu, I have come to understand that spirituality surpasses tribes,  race, gender,as well as geography, and it is important for one to fully understand that the spiritual realm is indifferent to all these things. Thus we must strive to seek and preserve our truest history in-order to attain full contact with our real selves,” he further adds.

A typical lali boy living in a big city like Johannesburg eventually becomes very multifaceted as they become exposed to a spectrum of cultures and lifestyles the city has on offer. Siyangaphi reflects this assortment of spaces a lali boy finds himself in. 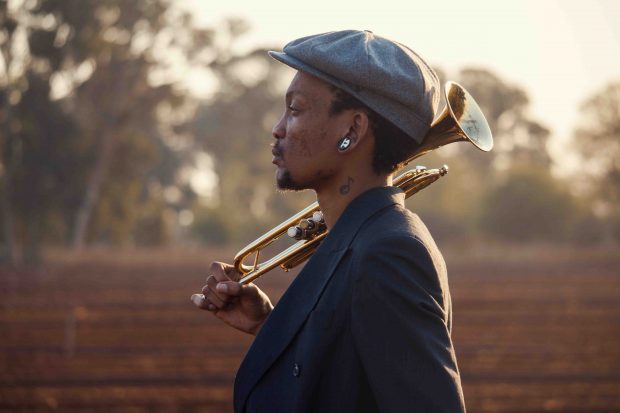 “We must not forget that most of our parents and some of our greatest leaders are lali boys, Nelson Mandela was a lali boy, Steve Biko as well, and when they came to the city they remained fixed on their mission, even umamWinnie Mandela was a rural child.”

The song Nomzamo dedicated to umamWinnie Nomzamo Mandela, is actually the foundation of the creation of Siyangaphi. Spoek Mathambo gave the beat to Lali Boi after hearing his verse on Damon Albarn’s Africa Express project on a song titled No Games, which featured him and his Radio 123 band mate Smash Mellow. Spoek and Lali Boi had met years prior when Spoek had just returned to South Africa after years of living in Europe.

“At that time Spoek wanted to make music with us, we were still a part of Impande Core, but nothing actually transpired. When we reunited on the Africa Express album we started playing with the idea of working together and after he heard my verse on No Games, he gave me  the beat of Nomzamo, a song that was meant only for his upcoming album, but he was generous to also let me have it on my album as well.”

“From that moment we started gradually working on singles together and eventually we had a 11 track album. We didn’t want to do anything regular or popular but instead we wanted to introduce people to our truth. Hence we only sampled African music and monologues, we also have samples from artist like Zoe Modiga on the track Angazi Kanjani, as well a priest preaching at a family funeral Spoek was attending. We set out to create an album that is relatable and yet authentic as possible,” he adds.

That is exactly what Siyangaphi is– a familiar stranger who you instinctively gravitate to.