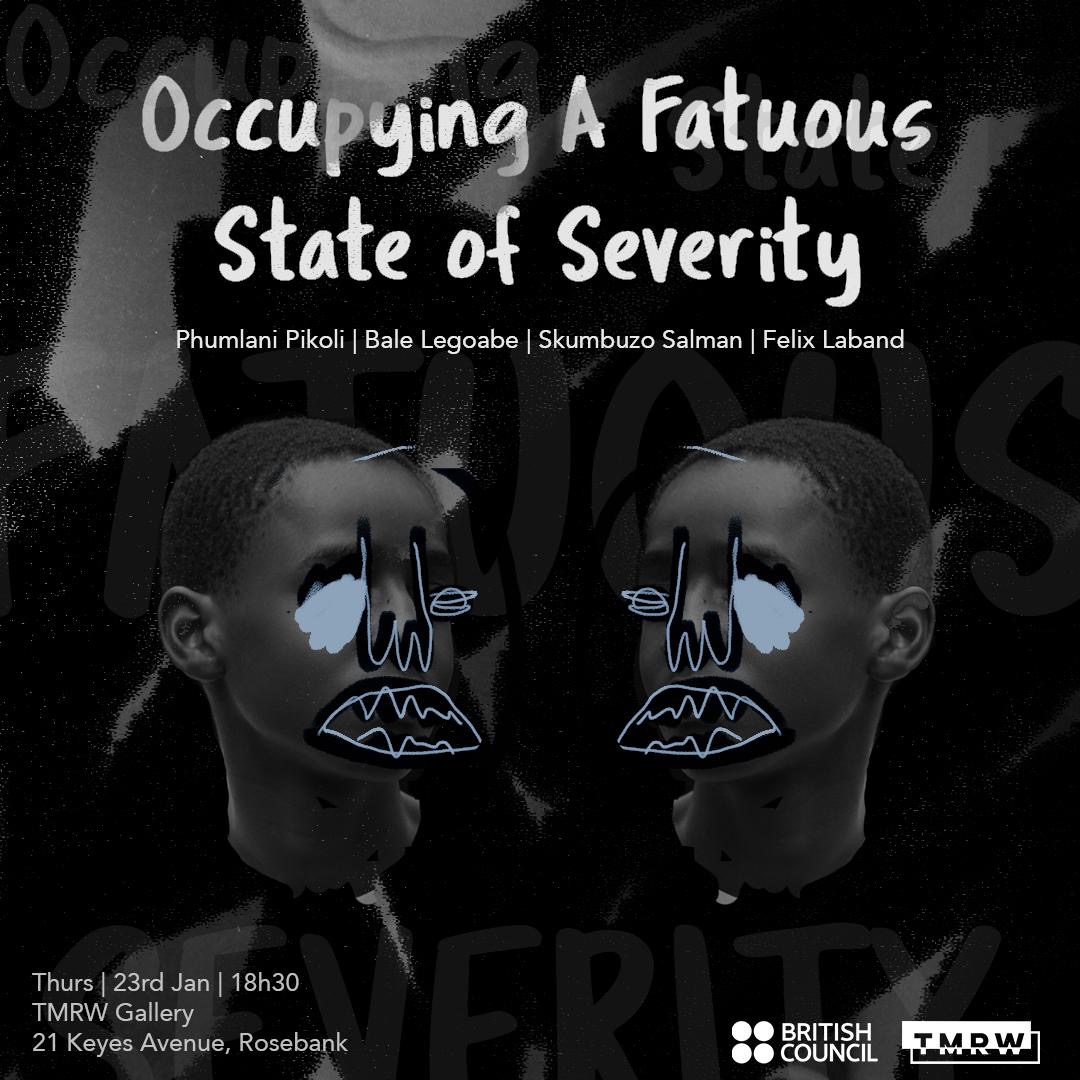 22 Jan Occupying A Fatuous State: An Exhibition on Mental Illness

Pikoli’s book, The Fatuous State of Severity has been re-imagined by a collection of South African artists who have worked to bring the stories to life in various mediums including Augmented Reality paintings, a 360” short film, soundscape, and installation.

Pikoli has collaborated with artists Bale Legoabe, Skumbuzo Salman and Felix Lab to create a metaphysical reveille of tone, positionality, and moralism that’s both central and abstruse to the nature of the body of work. Their voices are linguistic, visual and sonic experiences that connect and disconnect, arrange and scatter, filter out and clog the viscerally inimitable experience of mental illness.

The Fatuous State of Severity gained infamy through self-publishing: the book that was written while Pikoli was institutionalised for mental illness.
Through his work in the last few years, Pikoli has had wide public engagements creating awareness about young people living with mental illness in South Africa.

The latest statistics from the South African Anxiety and Depression Group revealed that one in six South Africans today suffers from anxiety, depression or substance abuse. This is why this exhibition, and the book before it, are necessary and invaluable cultural interventions. The British Council has collaborated with Pikoli to bring this particular project to life because of the urgent need for South Africans to better understand mental illness and how it affects many in our society.

The public is invited to the launch on Thursday, 23 January at 17h30 at TMRW on Keyes Avenue. The exhibition runs from 23 January to 20 February.